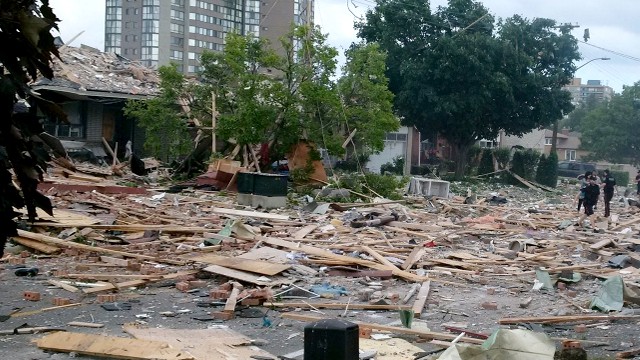 This house explosion incident just got a little bit creepier.

Police are investigating a series of handwritten notes found on the site where a house exploded on Tuesday, according to CityNews.

The notes, which witnesses say were raining down on their properties, have been described as eyebrow-raising letters or diary entries.

They’re written as messages to God, with one note going on to say “As of next week everything will fall apart for us.”

The pages describe the writer’s financial troubles, health problems, and the unkempt state of the house. The line “…we have no money to fix or pay anyone” is seen at the bottom of one page, followed by a bunch of crudely-drawn sad faces.

Another note ends with the writer asking “Why are we still here God?”

The notes are rather chilling, but Police Chief Jennifer Evans says it’s too early to speculate on them.

“There’s a lot of information coming in,” Evans told CityNews, “but I’m encouraging people if they find anything suspicious in nature or if they recall seeing anything yesterday, to call us. We’re investigating all avenues right now.”

What might these notes mean? How are they related to the explosion? Let’s hope the investigation answers these questions before too long.


Was the Mississauga House Explosion Caused by a Gas-Related Issue?