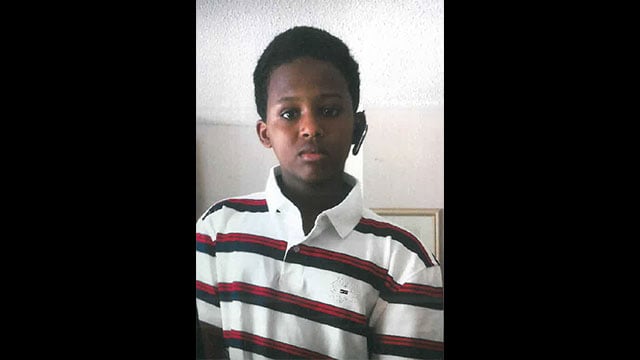 Police are appealing to the public for help in locating a 14-year-old boy from Mississauga.

Peel police say Hersi Ali was last seen on Thursday, Oct. 19 at approximately 7:30 p.m. at his home in the Rathburn Road and Central Parkway area.

Police say he does not have a cell phone and is believed to only have a small quantity of cash with him.

Ali is known to frequent the Central Parkway Mall and even walk as far as Square One.

He is described as a dark-skinned male who is 5’5” feet tall. He has a medium build, brown eyes and short, curly, afro-style hair. Ali was last seen wearing grey track pants, a blue dress shirt, a black wool sweater and black running shoes.

Family and police are concerned for Ali’s well-being, as this behaviour is unusual for him.

Anyone with information on the whereabouts of Hersi ALI is asked to call investigators at the 12 Division Criminal Investigation Bureau at (905) 453–2121, ext. 1233.