Niagara Police have found and charged one of two suspects in the June 16 robbery of a St. Catharines convenience store.

While he was originally described as a white male aged 18 to 25, it turned out he is a minor, only 14 years old, and thus hasn’t been named.

On June 16, he allegedly entered the store in the Lake Street and Russell Avenue area while suspect 2, still at large, stood watch outside. After grabbing some items, an employee intervened and a struggle broke out. Suspect 2 then entered the store to outman the employee. They then fled on bicycles.

The Niagara Police  charged the 14-year-old male from Welland yesterday (August 9) with robbery and disguise with intent to commit an indictable offence.

Suspect 2 (photos below) is described as a white male, 18-25 years of age (though likely to be a minor), 6-foot-1, 160 pounds with medium length black curly hair. He was wearing a hooded sweatshirt with images of Donald Trump and Kim Jong-un, black shorts and white shoes. 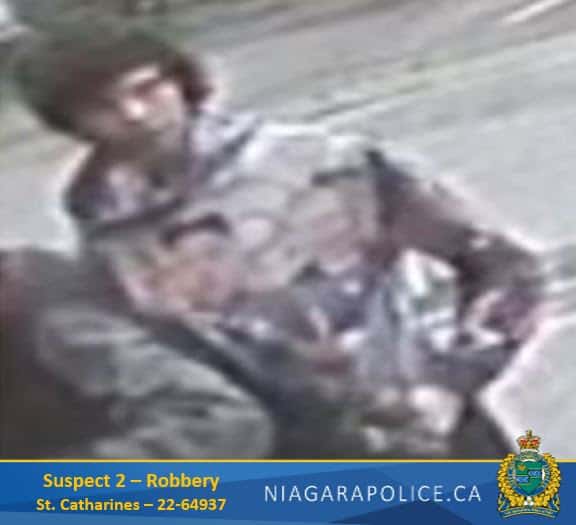 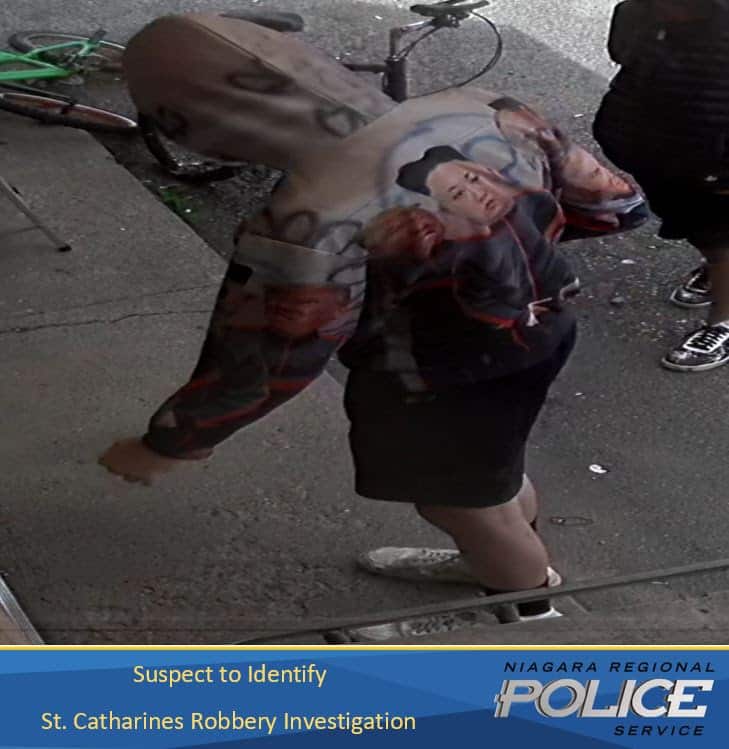