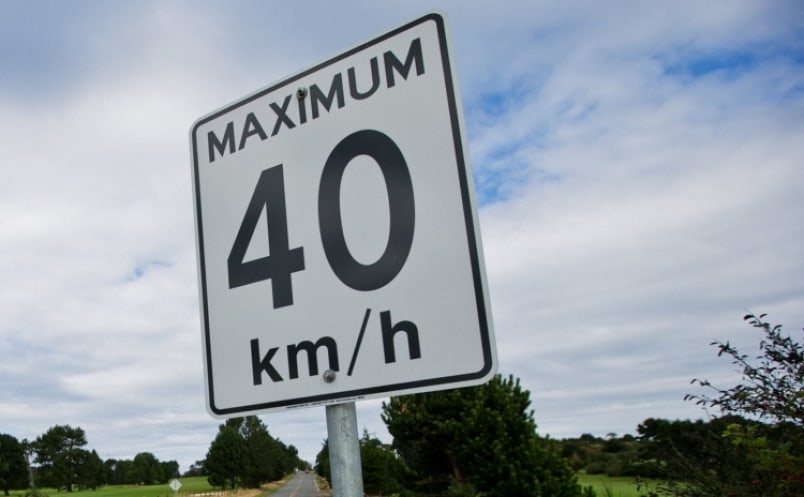 Oakville Town Council will be considering a Town staff recommendation at its meeting next Monday to reduce speed limits for every local and minor collector road. INHALTON PHOTO

Oakville drivers may soon have to ease up on that gas pedal.

Oakville Town Council will be considering a Town staff recommendation at its meeting next Monday to reduce speed limits for every local and minor collector road.

The new default speed limit would be changed to 40 km/h and would be enforced by photo radar. Currently, all roads without speed signs have a default 50 km/h limit.

Town staff is also recommending that the change be made without adding new speed limit signage to warn drivers. Instead a “robust” communications plan would be used to let drivers know about the changes.

All done over the next six months to inform drivers of the changes.

Oakville Ward 1 councillor Sean O’Meara originally brought the motion to reduce the speed limit forward and council supported it by a 13-2 vote.

O’Meara says talk of this has been going for at least the eight years he has been on council and long before that.

“I think the important thing here is lowering the speed limit to 40 km/h is not going to just all of a sudden have everybody jump into compliance,” he said. “It is a multi-pronged approach here. There has to be an education component to it and the Town is going to put some resources into that.

“There has to be an enforcement element to it, which we got commitments from the Halton Regional Police as well to not just enforce, but also to educate.”

O’Meara adds there also has to be a commitment from residents. He points out that when police hand out traffic tickets, some eight of 10 people live right in the community they’re speeding through.

There has to be, O’Meara says, some ownership and responsibility on the drivers as well.

“When I was growing up, my parents never would have thrown a pop can in a separate box and dragged it all the way down to the end of the road and when those changes came in they were scoffing at it,” the Ward 1 councillor said. “Eventually as a society we came to accept what we should be doing. If this is the start of that process, we might not get it in a year or five years, but maybe it takes 10 years for people to realize the roads where people live are not freeways to try and get to where you got to go as quickly as possible.

“They’re a place to get home and roads are a place for people to walk and enjoy and we got to start to change somewhere. It’s a multi-pronged approach and me and the majority of my council colleagues agree now is time to sort of get off the pot.”

O’Meara also points out to how other municipalities from Edmonton to Ottawa are lowering their speeds across Canada. The City of Toronto has gone to 30 km/h in residential areas.

“We’re not holding a banner and marching alone here,” he said. “There’s a number of municipalities that are realizing with their project zero alignment that speed kills and that’s just the end result, so anything we can do to start the ball rolling to change the culture is a good thing.”

The plan see outdated signage on local and minor collector roads taken down, while new 50 km/h signs would be put up on major collector and minor arterial roads.

The gateway signs into the town’s entry points would also be updated to 40 km/h.

The changes would take place between next April and November.

A recent road safety campaign conducted by Halton Regional Police, called Project Safe Start, found that speeding topped list when it came to the most common offences in Halton Region.

Over the two-week campaign, 941 provincial speeding offence notices and warning were issued.

Across Oakville neighbourhoods more and more residents are also putting up “slow down” signs on their front yards to notify drivers to take the foot off the pedal.

“I wish signs had more power than they do, but what it speaks to, and you’re seeing them more in communities, that’s a voice and that’s a household that says, ‘I want people to slow down in my community,'” O’Meara explained. “I think, if anything, that’s a marker they’re putting down that I agree with this.”

Oakville warrants are 11 km/h over the speed limit, meaning cars can be doing 61 km/h and no traffic calming measures would be really considered.

“Those signs, and we see them everywhere, are more an intention of people who agree with that principle and not everyone does, and I get it,” he said. “A lot of people think, ‘Well, unless you’re going to have one police officer for every car driving in Oakville it will never affect change.’

“As I’ve said, there’s got to be a multi-level approach here and I think it’s a good start. It’s not the end, but we’re finally trying to do something here and hopefully the community comes along with this.”

Also included in the Town staff’s plan is the addition of seven mobile photo radar speed cameras at a cost of $585,000.

The recommendation is the automated speed enforcement cameras be used, beginning in mid-2022, in Oakville’s 21 designated community safety zones near elementary schools.

The cameras would help generate some $360,000 in revenue.

O’Meara said all 15 of them on Town Council here about is speeding every day.

“It’s the number one drum beat the councillors hear.” 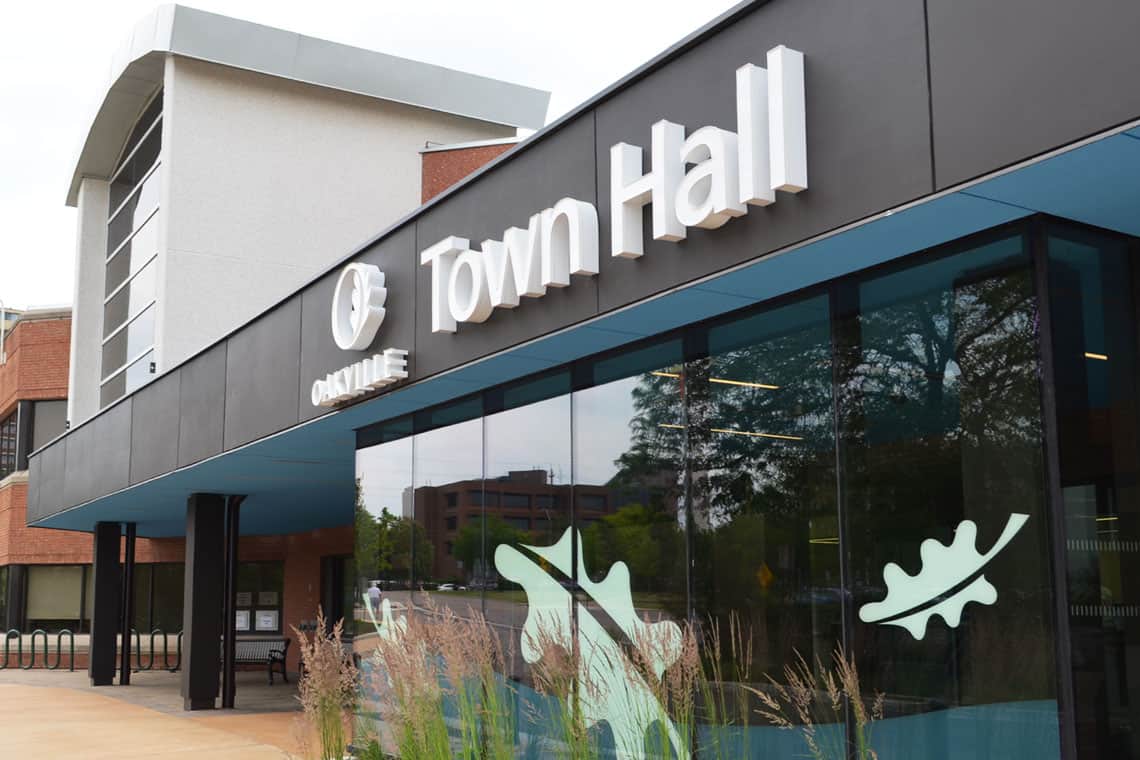