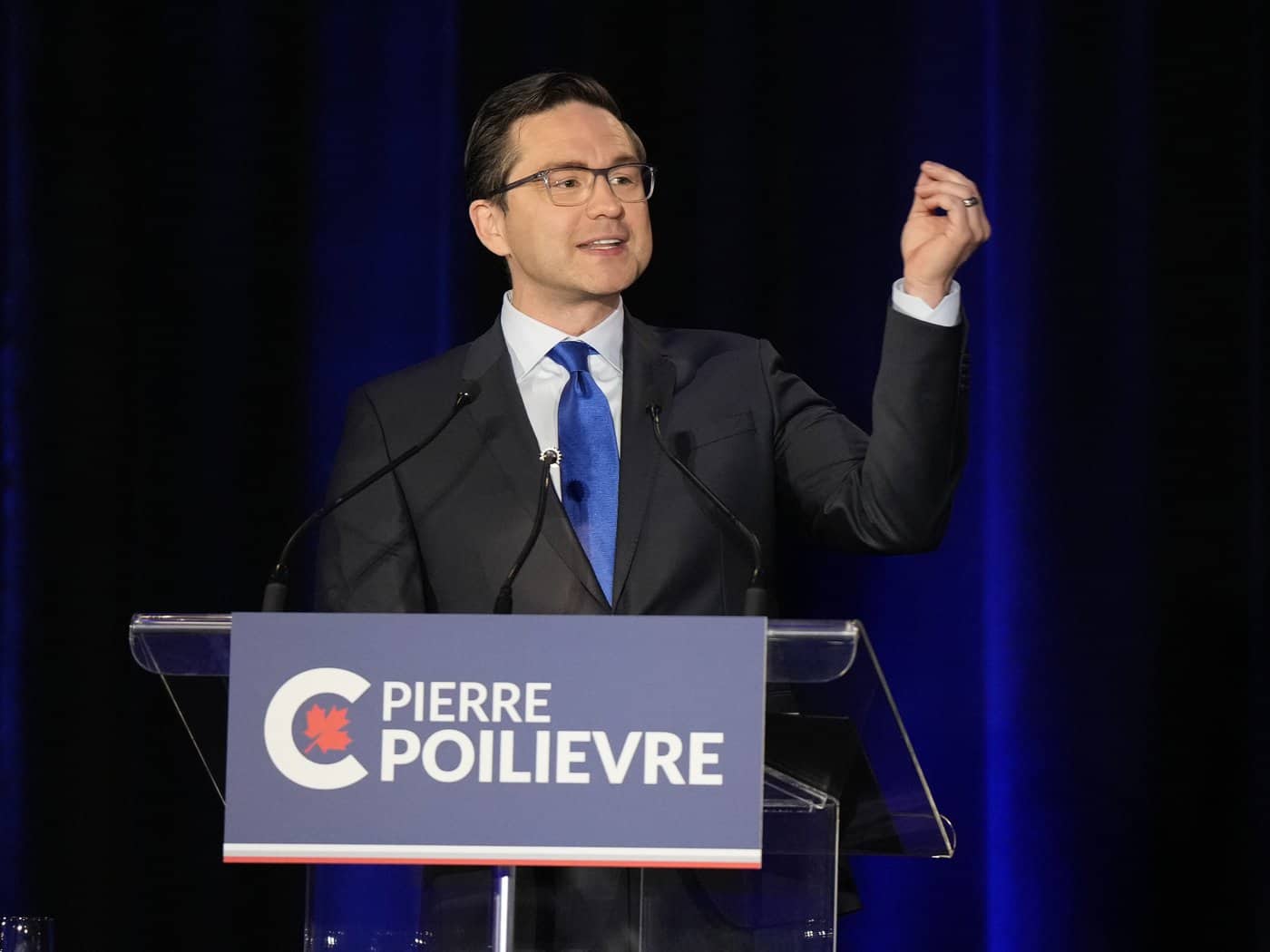 Pierre Poilievre takes part in the Conservative Party of Canada French-language leadership debate in Laval, Quebec on Wednesday, May 25, 2022. THE CANADIAN PRESS/Ryan Remiorz

According to a report from The Record, Alberta MP Chris Warkentin has asked the Commissioner of Canada Elections to investigate reports that Brown has city staff working full-time on his campaign for leader of the Conservative Party of Canada.

The allegations stem from a Rebel News video which reportedly shows city staff working on Brown’s bid out of a Vaughan office building.

If the allegations are true, Brown could be in violation of the Council Code of Conduct.

A statement from the City of Brampton says the City Clerk has not received any complaints of staffers moonlighting for the Brown campaign, and Brown denied the allegations in an interview this week with CFRB 1010.

One of Poilievre’s campaign co-chairs is also reportedly allegding Brown’s campaign team have offered to pay people back for taking out CPC memberships, which they say are against the leadership organizing committee’s rules and are “illegal under the Canada Elections Act,” according to The Reporter.

Poilievre took to Twitter to call out Brown, saying the Brampton mayor “is in free fall.”

“Patrick Brown is drowning in scandal,” Poilievre said online. “He had to lie to cover up his poor membership sales. He has lost three of his four caucus supporters—including his national campaign chair.”

Patrick Brown is drowning in scandal.

He had to lie to cover up his poor membership sales.

He has lost three of his four caucus supporters—including his national campaign chair.

He is in free fall.

The appointment of an interim councillor was blocked for the second time in a week on Friday when Brown and four councillors again missed a council meeting.

Just days earlier, councillors Rowena Santos, Paul Viciente, Michael Palleschi and Harkirat Singh and Mayor Brown skipped out on a regularly scheduled council meeting, and released a statement on Thursday saying they are working with the Ministry of Municipal Affairs and the City Clerk “to get through this impasse as quickly as possible.”

On Friday, a group of Brampton councillors issued a statement saying Brown “needs to make a decision” between running for CPC leadership or being mayor.

“We believe that the residents of Brampton are fed up with the long line of scandals, misappropriations, and the belief by some on Council that they can continue to put their personal ambitions above the interests of taxpayers,” Councillors Jeff Bowman, Martin Medeiros, Pat Fortini, Gurpreet Dhillon and Doug Whillans said in a statement provided to inSauga.com.

Brown fired back, saying the seat only becomes vacant “after the provincial election” and before council can make a decision on how to fill it.

“Any decision made by City Council not properly constituted would be invalid and up for legal challenge.” Brown and his backers said in a statement provided to inSauga.com.