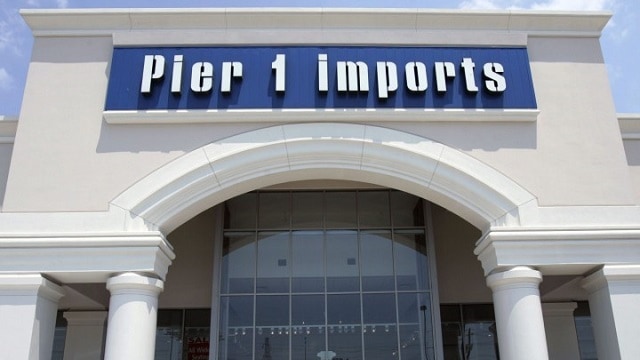 TORONTO — Home goods retailer Pier 1 Imports Inc. says it has filed for bankruptcy protection in the United States and plans to close all Canadian stores as part of its restructuring process.

The Texas-based company has been struggling with increased competition from budget-friendly online retailers such as Wayfair.

Pier 1 says it will pursue a sale, with a March 23 deadline to submit bids.

The company last month announced it would close 450 stores, including all its Canadian locations.

Pier 1’s Canadian website now directs customers to a short statement announcing the closures and thanks them for their loyalty.

The company is also commencing creditor protection proceedings in Canada.

In a statement Monday, the company said it will continue to shutter stores as part of its bankruptcy proceedings. The company, which was founded in 1962, is also closing two distribution centres.

A hearing is scheduled for Tuesday at the U.S. Bankruptcy Court for the Eastern District of Virginia. In the meantime, Pier 1 said lenders have committed approximately $256 million in debtor-in-possession financing so it can continue its operations during the Chapter 11 proceedings.

“Today’s actions are intended to provide Pier 1 with additional time and financial flexibility as we now work to unlock additional value for our stakeholders through a sale of the company,” Pier 1 CEO and Chief Financial Officer Robert Riesbeck said in a statement. Riesbeck, an executive with previous corporate turnarounds, joined Pier 1 last summer.

Pier 1’s sales fell 13% to $358 million in its most recent quarter, which ended Nov. 30. It reported a net loss of $59 million for the quarter as it struggled to draw customers to its stores. Pier 1 has been trying to declutter its stores, improve online sales and draw in younger customers.

This report by The Canadian Press was first published Feb. 17, 2020.

—With files from The Associated Press