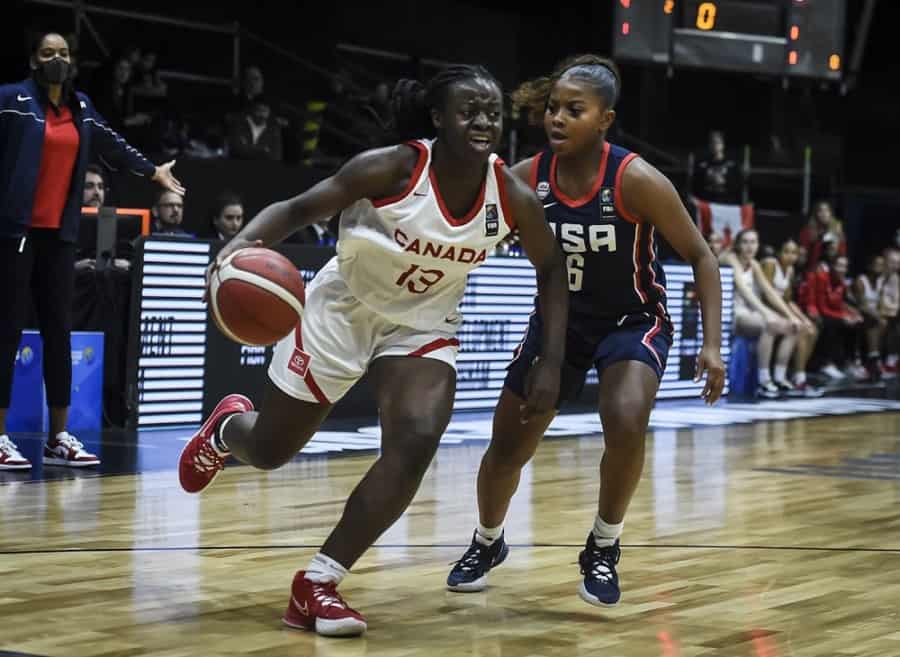 So close to gold they could taste it.

Five points is all that separated the two continental titans, but the powerhouse Americans had enough in the tank to hold off Canada and win their 10th straight FIBA U18 Americas Championship with an 82-77 victory in Buenos Aires Sunday.

Tournament all-star Cotie McMahon scored eight of her game-high 22 points in the first quarter to stake the Americans to a 20-16 lead but Canada’s Emma Koabel, who finished with 11 points, kept Canada withing striking distance with her beyond the arc shooting.

Team USA did a good job of keeping the ball out of the hands of Koabel and T’yana Todd, who was the tournament’s leading scorer (14.4 PPG) as well an all-star, to increase their lead to 10 points heading into the second half.

The Canadians came out strong in the third quarter, outscoring the U.S. 22-16 to narrow the gap back to four going into the final ten minutes. Canada dominated on the defensive boards in the fourth, allowing them to get chances on offense, but they were set back by turnovers.

Canada was the better shooting team – shooting 47 per cent from the floor – but with the Americans keeping the pressure around the perimeter and forcing Canada to play physical in the paint, the Canucks could not catch up in a thrilling game that went down to the wire.

Kira Rice of the U.S. was named MVP of the tournament and she was joined on the tournament all-star team by Todd, McMahon, Lara Tribouley of Argentina and Ana De Oliveira of Brazil.

Canada reached the final with elimination wins over El Salvador (92-24) and Argentina (78-63).