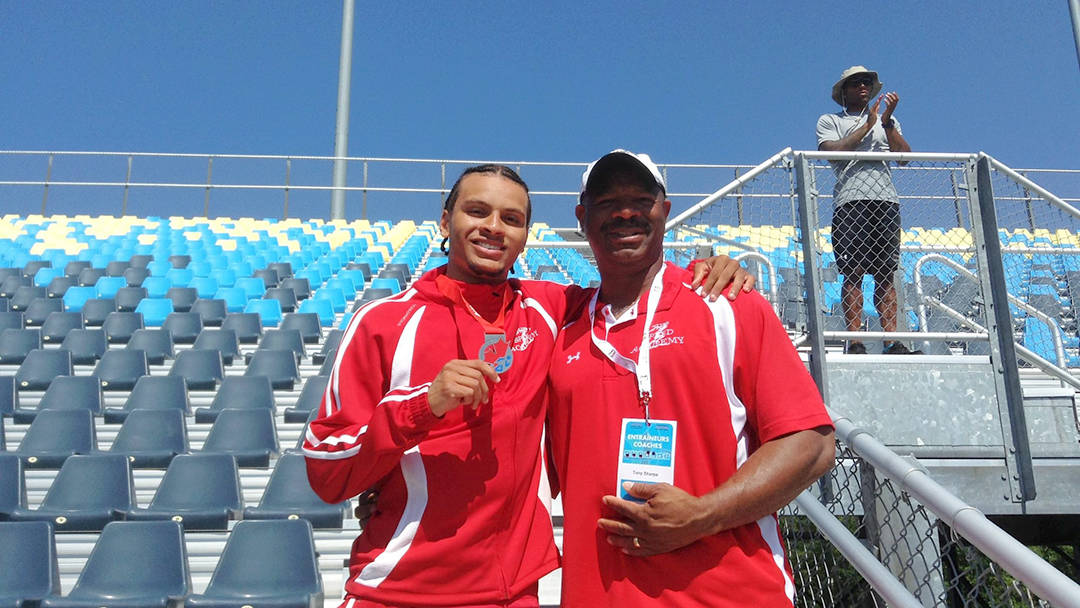 Andre De Grasse’s youth coach called the gold medal sprinter “the ultimate role model” for young athletes and hoped his achievements on the world stage would inspire young Canadians to pick up the sport.

Tony Sharpe, who recruited De Grasse to the Speed Academy track club in Pickering late in his high school years, said the 26 year-old’s character stands out as much as his running ability.

Sharpe, who won a relay bronze medal for Canada in the 1984 Los Angeles Games, knows a thing or two about the importance of character, having been a disciple of the infamous Charlie Francis and testifying at the Dubin Inquiry on steroid use in 1988.

Sharpe talked about the importance of teaching his students to be kind and respectful and about leveraging their athletic ability to get a good education.

“If all I’m doing is making kids run fast, I’m not really coaching.”

De Grasse, who went from the Pickering track club to the University of Southern California on an athletic scholarship, won the 200-metre final in a Canadian-record time of 19.62 seconds in Tokyo and added a bronze in the 100. He now owns five Olympic medals.

Sharpe said he would like to see De Grasse’s victory encourage more athletes to try track and field, a sport he said only gets a high profile during the Olympics.

“A lot of my guys are inspired by Andre and look up to him,” he said. “With this, I’m hoping people won’t wait four years to pay attention to track and field again. I’m hoping this will inspire young athletes to say, ‘hey, I can run, let’s give it a try.'”

De Grasse’s win in the 200 metres gave him his first Olympic gold and came 25 years after Donovan Bailey raced to 100-metre gold at the 1996 Atlanta Olympics and 93 years after Percy Williams won gold in the 200 on his way to a historic double.

Tony Sharpe said it’s been exciting to watch his progress.