Pickering Soccer Centre to get major renovations after roof collapse 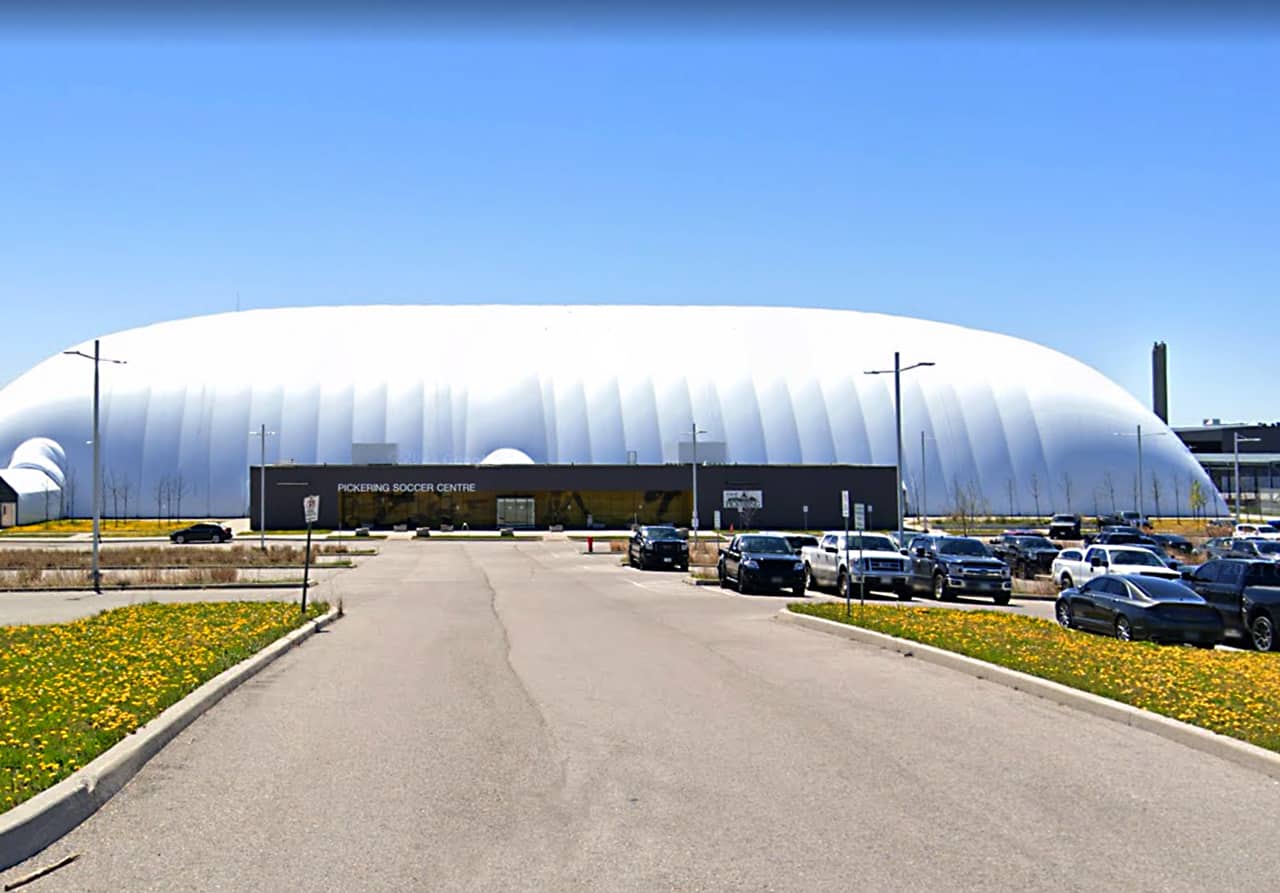 The Pickering Soccer Centre is getting some big changes after the roof collapsed in a snow storm earlier this year.

The dome on the centre collapsed under the weight the major snow storm on Jan. 17. The centre also had flooding damage due to the collapse.

Now, the centre will not only get a new roof but there are plans to install a modernized roofing system, as well as a change to the soccer pitch configuration, according to a press release from the City of Pickering. The centre will have a multi-purpose hard court surface for four integrated pickleball courts within an official sized futsal court.

Pickering Council, in partnership with the Pickering Football Club, green lit the project, called ‘Build Back Better’. The club has leased the Pickering Soccer Centre from the city since 2014.

“In the aftermath of the unfortunate events, which brought down the Pickering Soccer Centre’s dome, we are heartened by the City of Pickering’s continued support of the PFC,” said Corrado Roccasalva, immediate past president of the Pickering Football Club.

The city and Pickering Football Club executive have met regularly over the past half year to discuss the roof replacement and how to provide more functionality and sports and recreational opportunities for the community.

“United in vision and purpose, we have developed a brilliant plan that will add 6,720 hours of annual court time to accommodate the explosive popularity and growth of the sport of pickleball,” said Pickering Mayor Dave Ryan. “Combined with the futsal court, sprint track, and other available sports, the Pickering Soccer Centre will be an even more diverse and dynamic sports and recreation destination in Durham Region.”

In addition to soccer, the centre will provide much needed court time for pickleball players. The courts will be open for public use Monday through Friday from 9 a.m. to 12 p.m. and 2 p.m. to 6 p.m. for a minimum of 42 weeks per year.

Pickleball and futsal will join several sports and recreational activities available at the centre, including volleyball, cricket, Zumba, lacrosse, athletics, and softball to name a few.

The project is expected to be complete by approximately March 2023.