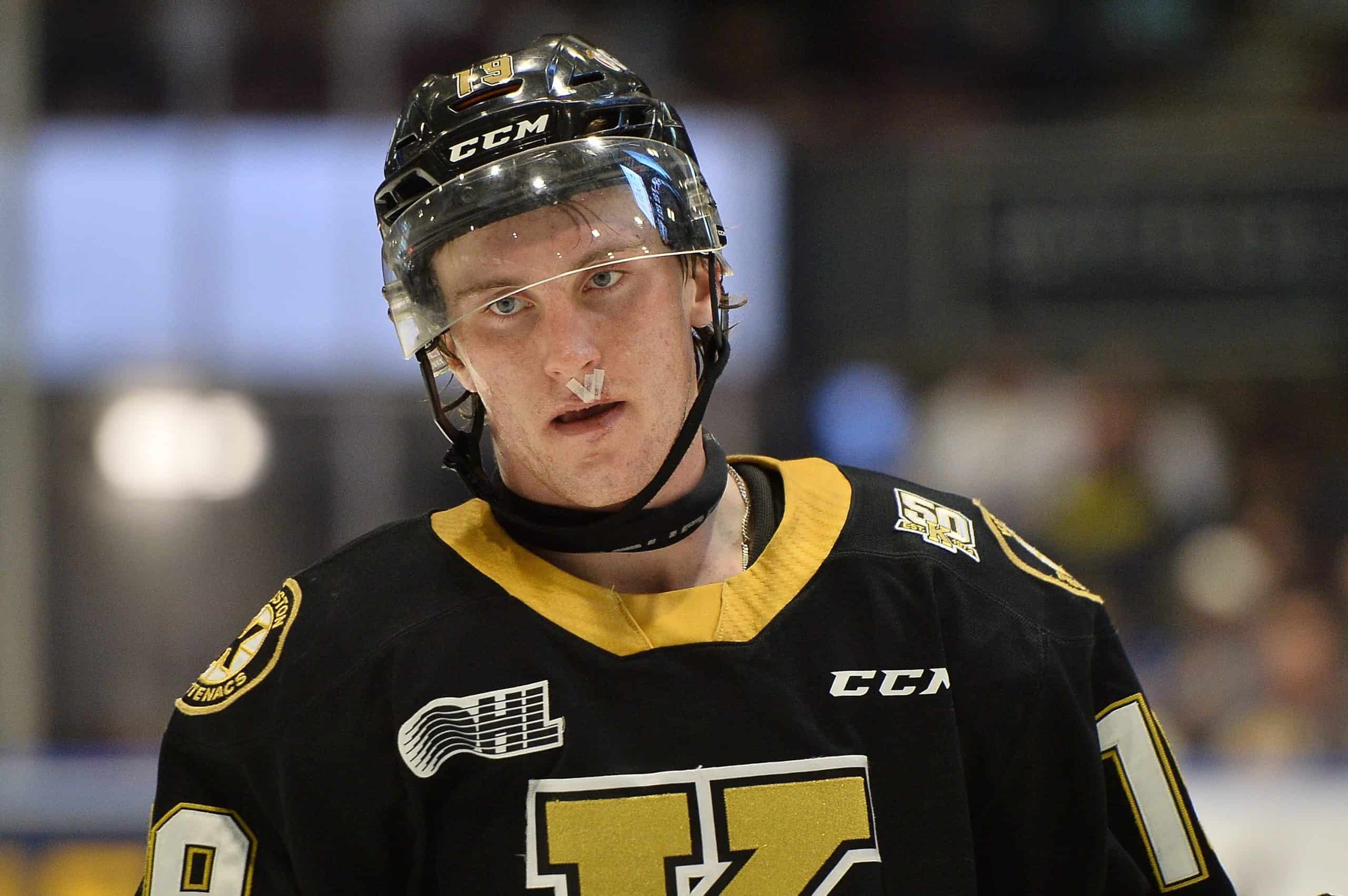 Pickering puck-chaser Paul Ludwinski is now the frontman for the hockey team who plays at The Tragically Hip Place in Kingston.

The 18-year-old forward, whom Chicago drafted in the second round of the 2022 NHL draft, is one of the leaders of the Kingston Frontenacs, a longtime OHL divisional counterpart of the Oshawa Generals. Kingston forwent assigning the captain’s ‘C’ and alternate captains for the first half of the season, while waiting to see whether the Seattle Kraken would return NHL No. 4 overall choice Shane Wright, of Burlington to the league.

Kingston traded Wright, who was their 2021-22 captain prior to captaining gold medal-winning Team Canada in the world junior hockey championship — to the Windsor Spitfires on Monday. Prior to Kingston’s first game since the trade, head coach Luca Caputi announced that Ludwinski would do the honours.

In a video shared on social media, Caputi called Ludwinski “a guy who pushes the pace every day and will drag anyone with him.”

📽️Behind the Scenes: Luca Caputi surprised the team before they left on their road trip for tonight's game, and announced the new leadership group for the Kingston Frontenacs.#FrontsHockey pic.twitter.com/ABLgxKkjgX

Ludwinski, in his second OHL season, has stepped in this season as the first-line centre for Kingston, which is rebuilding with the aim of hosting the 2024 Memorial Cup tournament at the end of next season. His progress this season was set back somewhat after he suffered a brain injury (commonly called a concussion) while playing for Chicago’s team in a rookie camp tournament. He integrated into Kingston’s lineup in October and has seven goals and 24 points across 33 games so far this season.

After playing for the Toronto Marlboros under-16 team, Ludwinski was the No. 5 overall selection by Kingston in the 2020 OHL priority selection draft. But his OHL yearling class had to a significant wait to make the jump to pro-format hockey since the OHL did not hold a 2020-21 season due to the COVID-19 pandemic.

Ludwinski tallied 16 goals and 43 points across 67 games last season for Kingston. That included a three-point game in his OHL debut, as well as getting on the scoresheet in eight of the last 10 regular-season games as scouting scrutiny intensified before the draft. He stepped up further with seven goals and 12 points across 11 playoff games, including three multi-point efforts when Kingston, led by Wright, beat the Generals in a six-game first-round series.

This season, both Kingston (.500 point percentage) and Oshawa (.409) are rebuilding, sitting sixth and ninth in the Eastern Conference. Ludwinski will not get a road game this season against the Generals as a captain. The teams’ remaining matchups on Jan. 20, Jan. 27, and Feb. 10 are all Friday games at the Leon’s Centre, Kingston’s home barn.

Along with Kingston, the St. Catharines-based Niagara IceDogs, Saginaw Spirit, and Sault Ste. Marie Greyhounds are also bidding for the ’24 Memorial Cup. Due in part to the pandemic interruption, the season-climaxing tournament involving the champions of the Ontario, Québec and Western leagues and a host team has not been held in an OHL city since 2017.