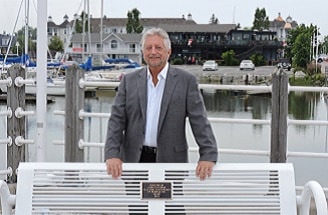 Books of Condolence have been set up in the lobbies of City Hall, Central Library, and the Chestnut Hill Developments Recreation Complex. An online memorial page has been set up on the Let’s Talk Pickering site where residents and the community are invited to share their thoughts, expressions, and condolences.

Details on his funeral and visitation arrangements will be shared on the City’s digital platforms.