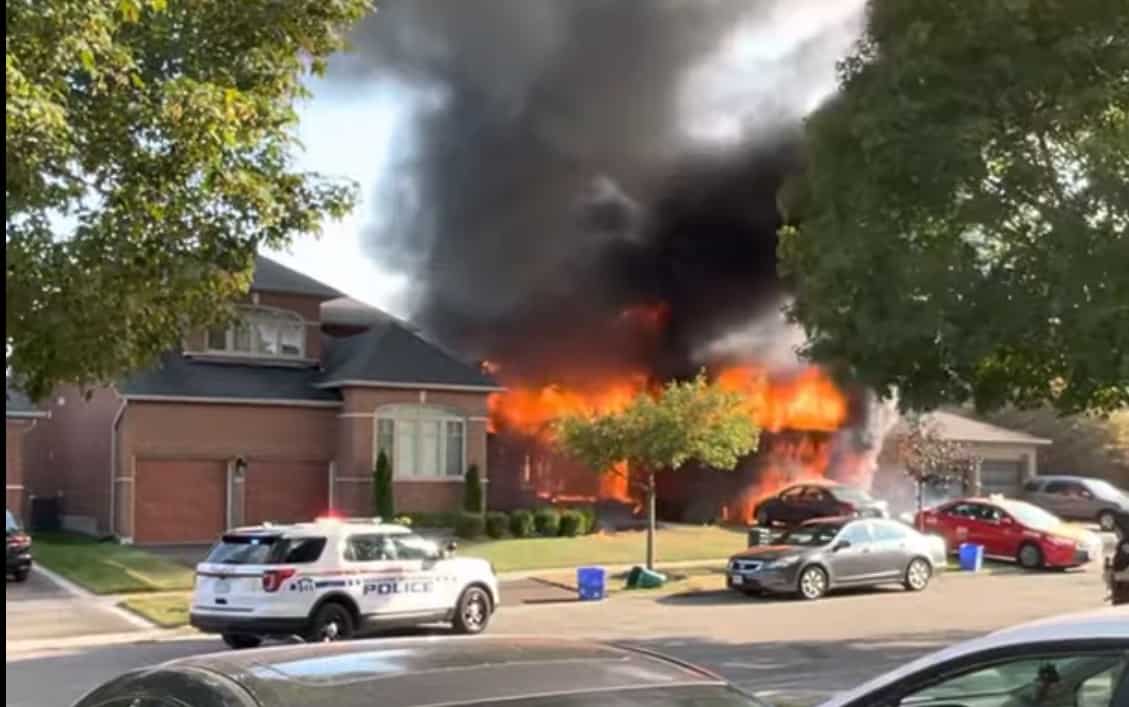 A bizarre incident in Pickering where a distraught woman drove her car into the back wall of a garage repeatedly and then lit her car on fire has one person taken to hospital, a firefighter treated for heat exhaustion and a house destroyed.

The incident – recorded in full by a contractor working nearby – happened late yesterday afternoon on Secord Street near Twin Rivers and Altona Road.

The woman was seen inside the car with a coffee cup on fire. Eventually, she was dragged out of the garage screaming before fleeing on foot. Ten minutes after the video started, the home was engulfed by flames.

Neighbours and others at the scene knocked on doors alerting neighbours before emergency personnel arrived.

One person was taken to the hospital, and one firefighter was treated on the scene for heat exhaustion.

The woman was eventually found nearby and arrested under the Mental Health Act. No one was injured in the residence.

The 37-year-old, a Pickering resident, has been charged with Arson – Damage to Property; Dangerous Operation of a Conveyance; Mischief/Damage Property Over $5000 and Mischief to Property Endangering Life.