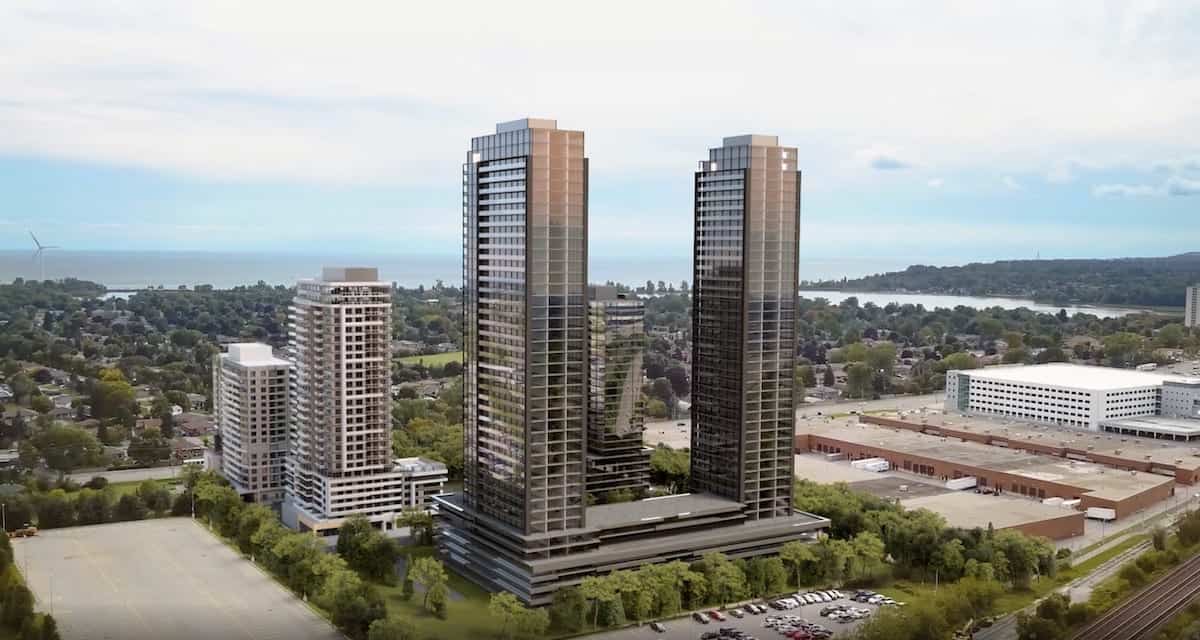 Universal City #2 is now #1 as the just-completed 28-storey condominium tower at Sandy Beach Road and Bayly Street in Pickering becomes the tallest building in Durham Region.

The building, part of six residential towers planned or completed in the south end of the city’s central business district, surpasses another Pickering high-rise, San Francisco By the Bay, a 26-storey building at nearby Liverpool Road and Bayly, as the region’s tallest structure.

Other buildings near the top of the storey wars include a pair of 25-storey apartment buildings at Pat Bayly Square in Ajax (Vision Tower A and Vision Tower B) and the UC Tower One – also 25 floors – in Oshawa’s north end.

But Universal City #2 is not likely to hold onto the title long. The Nahid Harbour project on Oshawa’s waterfront is expected to include buildings 35 and 30 storeys high but before they are completed two more buildings at Chestnut Hill Development’s ambitious Universal City project will dwarf them all.

Universal City #4 and #5 are scheduled to touch the sky at 46 and 54 storeys, respectively, with completion expected in the next five years.