While most of the talk about development and future growth in Mississauga centres around the 'downtown' and areas near Hurontario Street (a designated future transit corridor), that is not to say that other parts of the city have been given consideration.

Last fall, Mississauga began a consultation process with residents in Meadowvale about the future of that community, specifically as to what kind of development will shape the neighbourhood.

The study area consists of a specific section of Meadowvale, as outlined below: 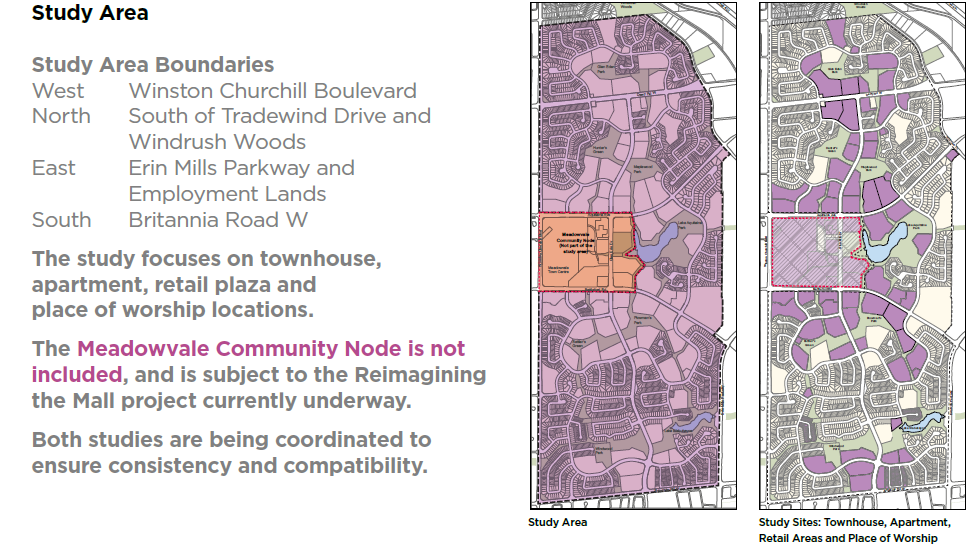 Suffice it to say, there was a lot of talk about incorporation examples from medium sized cities that implemented soft density targets, such as Kitchener, Edmonton, Regina, Saskatoon and Portland, Oregon.

During that fall meeting, many people said they were satisfied with the amount of green space, but said there should be more separated bike lanes, affordable housing options, community gathering spaces and better transit.

A second meeting took place in November which consisted of a bus tour of the study area in Meadowvale followed by a design charrette. A third meeting took place at the end of February this year with some more specific results stemming from what people wanted to see in a future Meadowvale.

Meadowvale is organized by a curvilinear street network of loopy streets and cul-de-sacs and large urban blocks defined by arterial roads. The local streets almost exclusively serve residential properties. Many of the townhouse and apartment areas have internal private streets disconnected from local street networks. 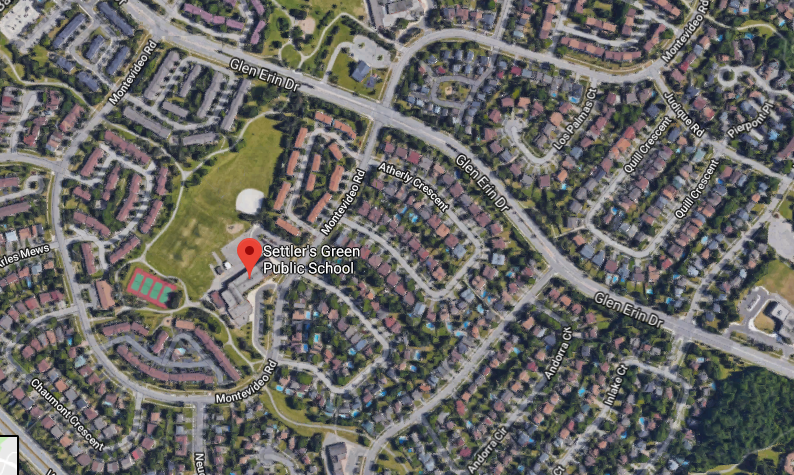 But the study also shows that Meadowvale is not a 'uniform place'; there are places where there is greater intensity that in other parts of the community. 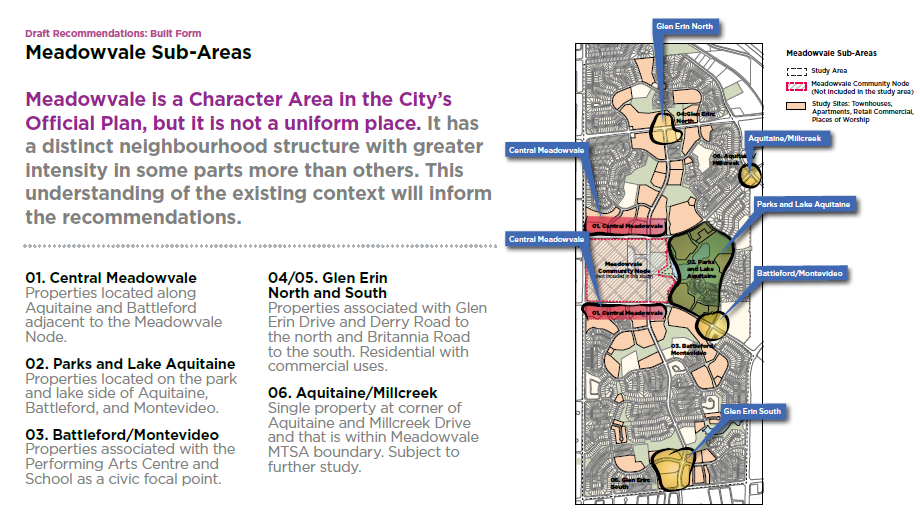 Diving into the specifics of the proposal, the plan looks at what is existing in Meadowvale now and what the proposals were to set things, like, the height of buildings.

The proposal defines tall buildings as anything higher than 8 storeys, as well as revised setbacks. 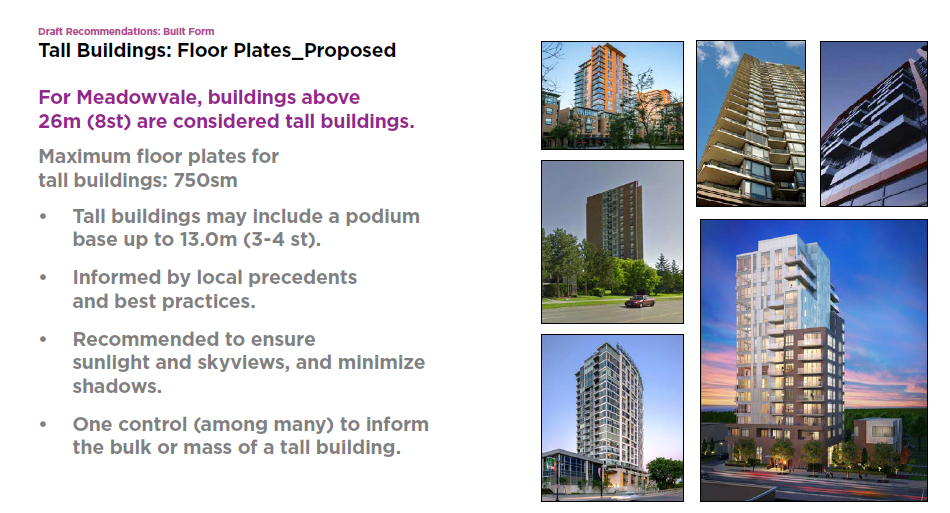 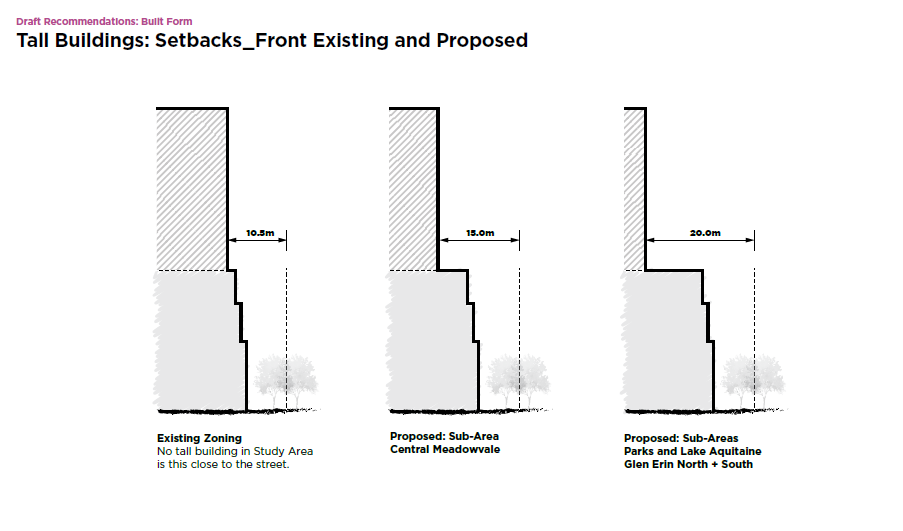 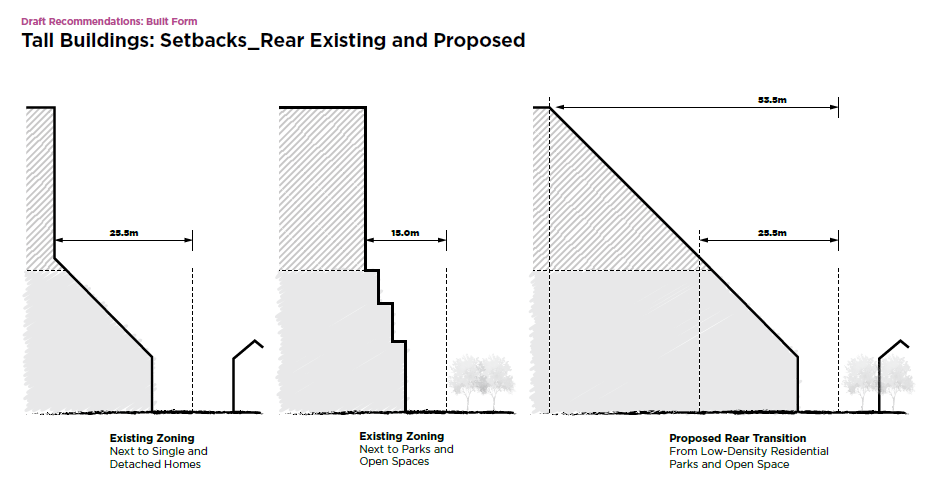 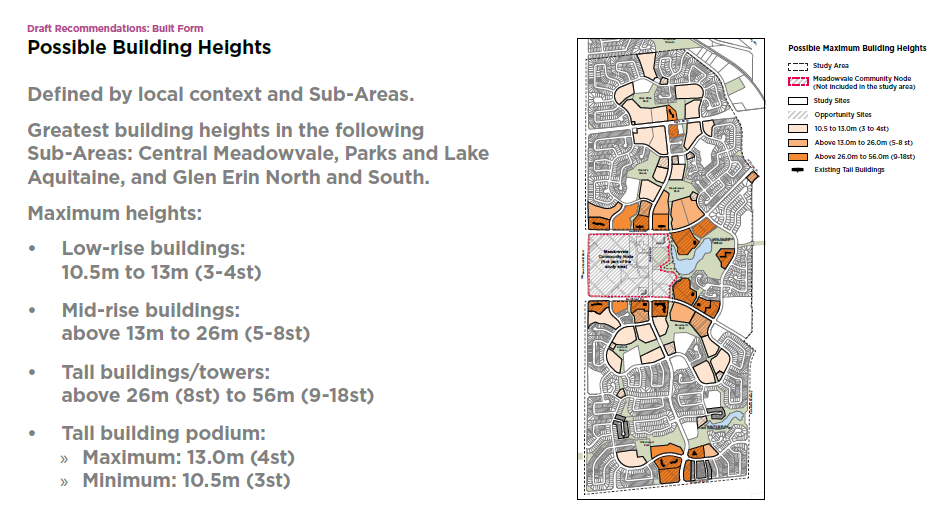 This is 2645 Battleford Road as it currently exists, where there is an 18 storey tower. 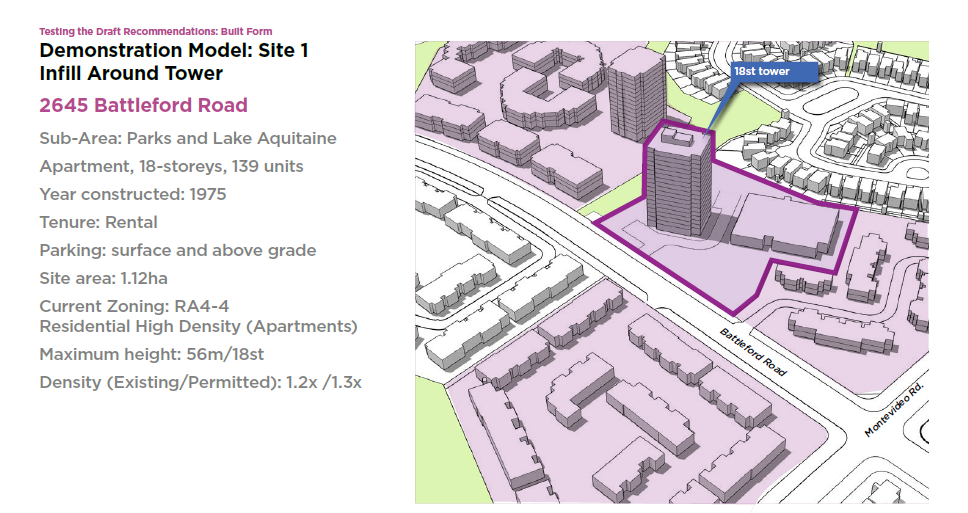 Here are some ideas of what could go here. 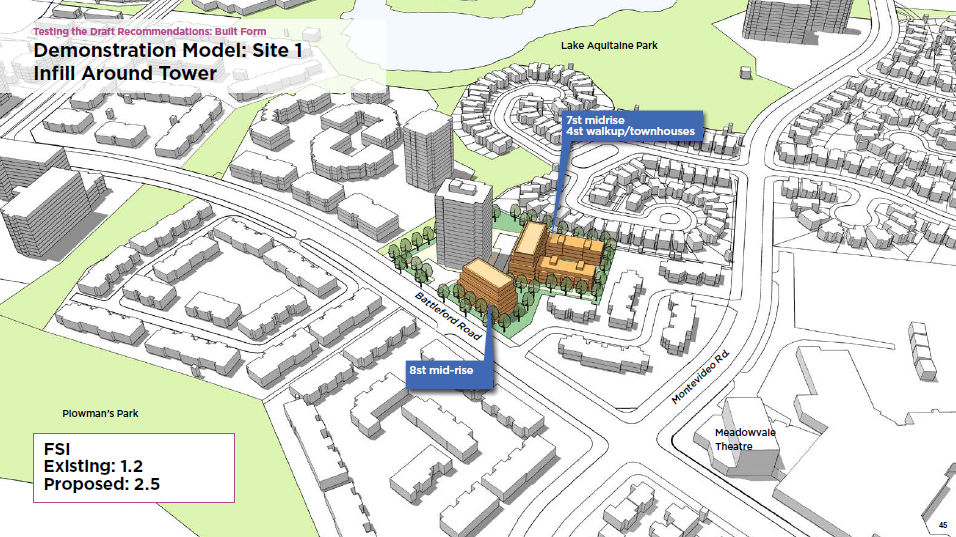 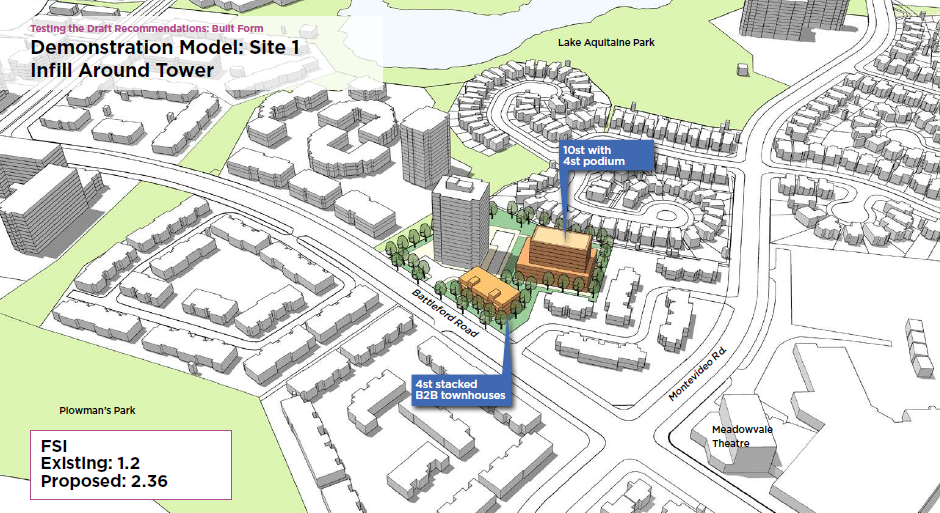 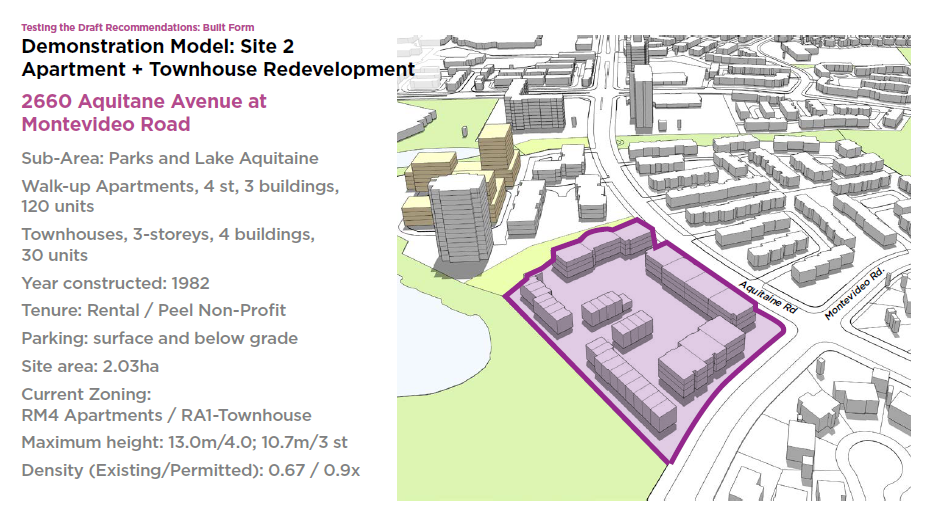 This is a proposal of what building structures could be erected here. 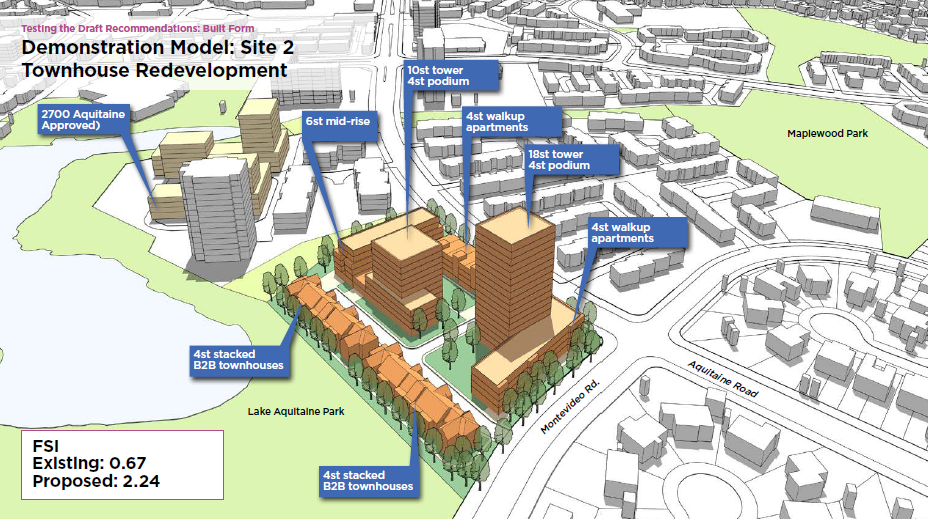 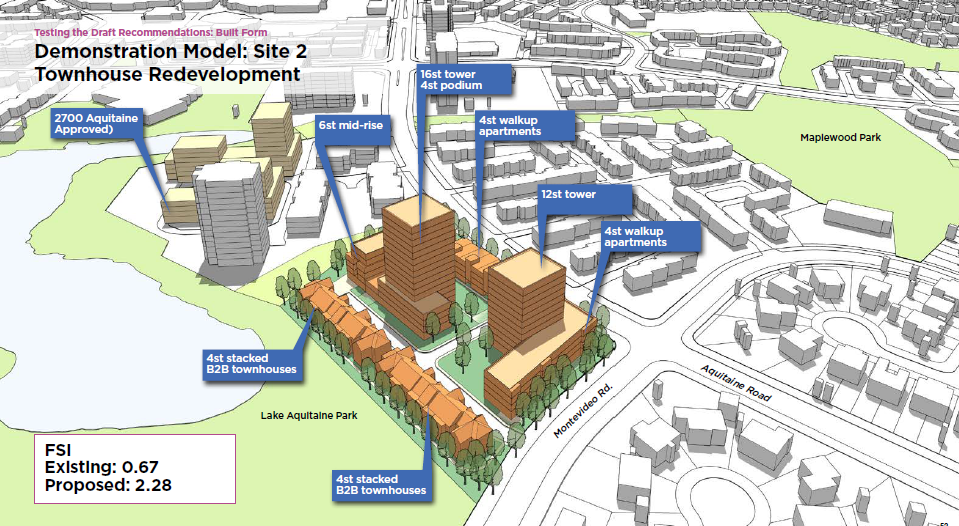 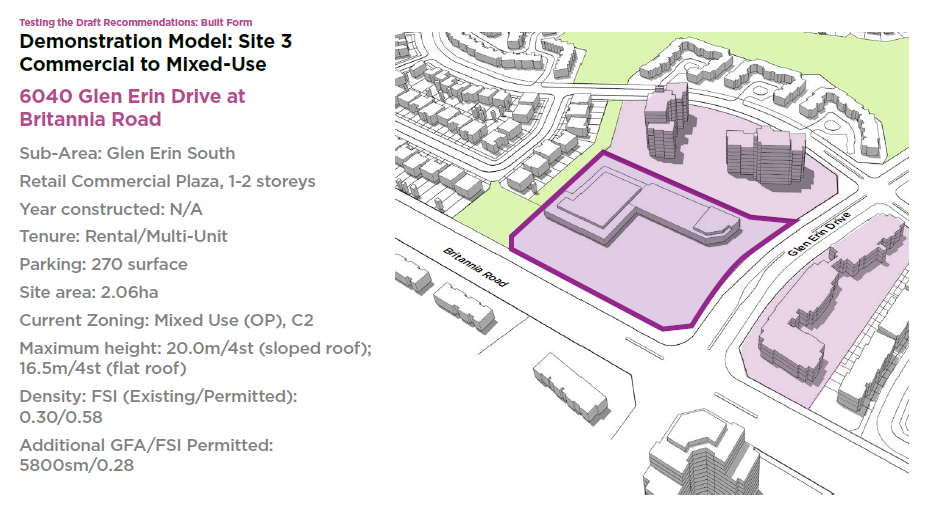 And here's a proposal for commercial mixed use in this area: 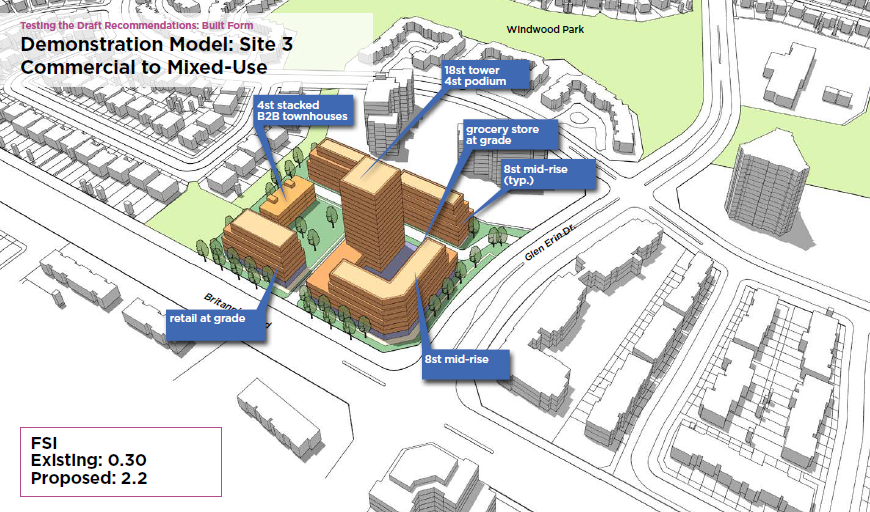 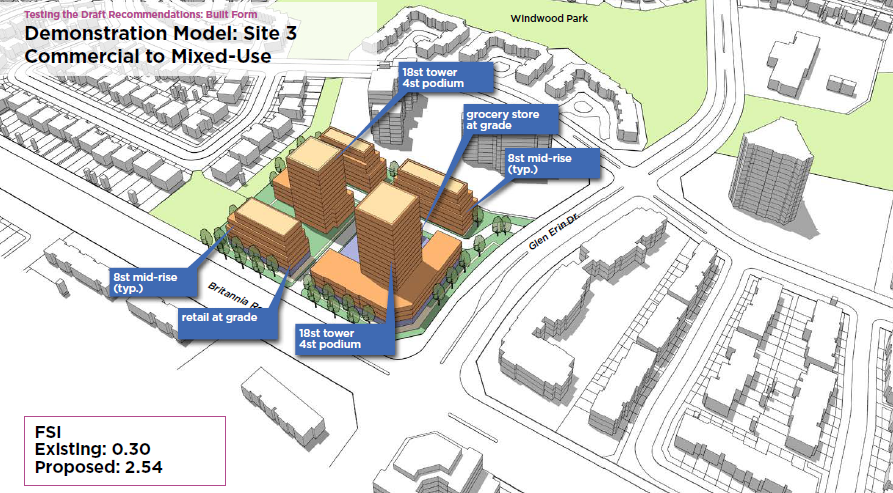 The fourth area is 6260 Montevideo at Battleford Road. 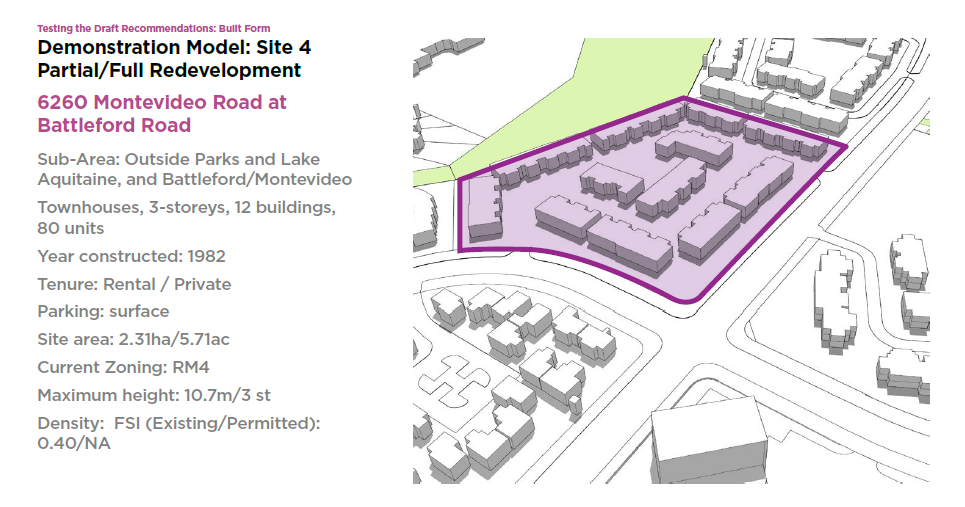 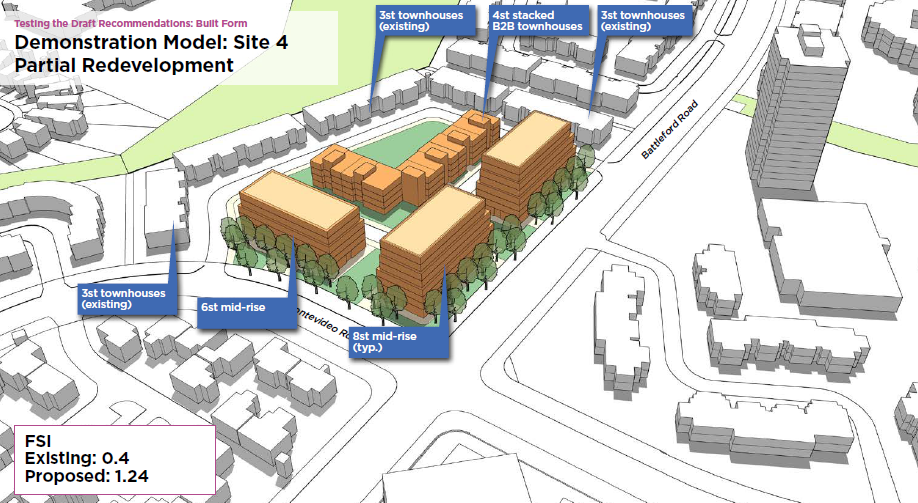 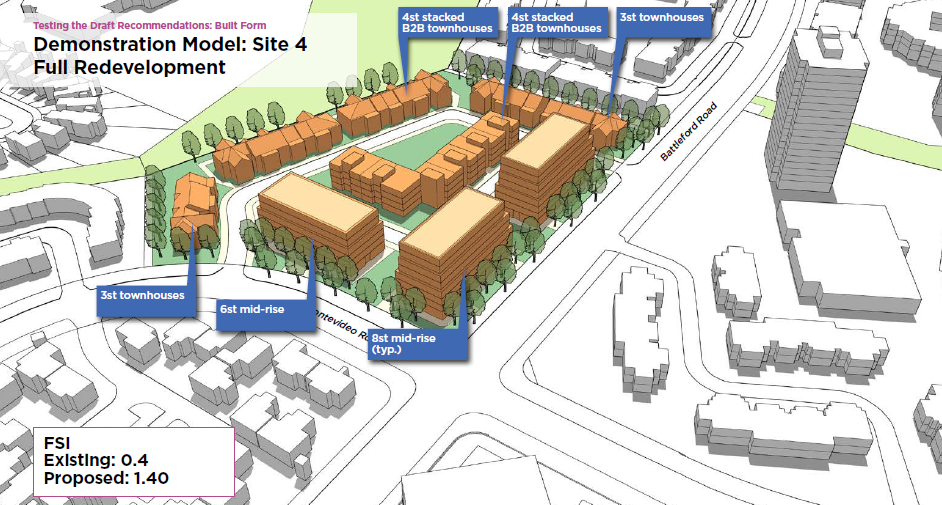 Overall, there are a total of 11 sites that could accommodate new tall buildings, with six of them being able to be built on sites that already have an existing tall building.

Redevelopment more likely than infill due to current site coverage, and it's more likely to include taller forms where they fit and are permitted. As for retail commercial properties and places of worship within low-rise residential neighbourhoods, they would redevelop with low-rise buildings only.

So it seems that in the coming decades, Meadowvale could be in store from some taller, if not massive high rises, buildings in its midst as the neighbourhood redefines its built form.

What do you think of these future changes for Meadowvale?