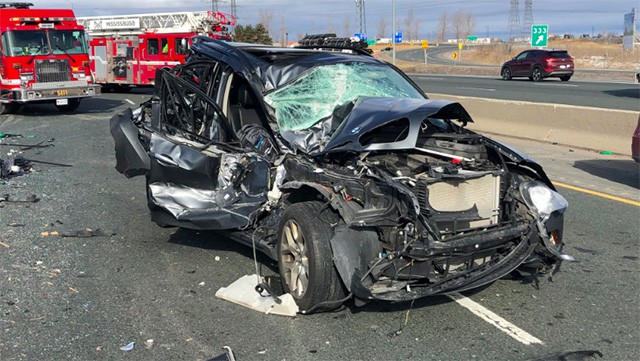 Three people are in hospital following a multi-vehicle crash on Hwy. 401 in Mississauga on Thursday morning.

“This so easily could have turned fatal,” said OPP Sgt. Kerry Schmidt. 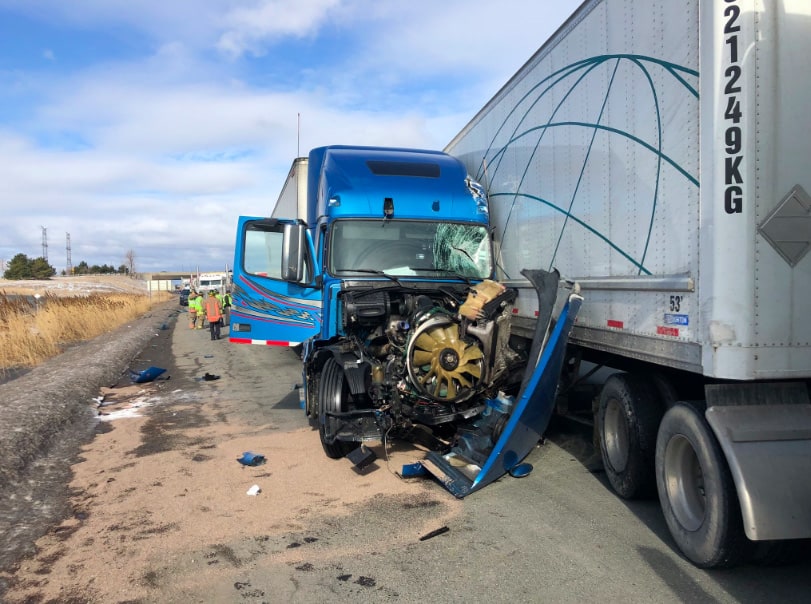 One truck slammed into another, “taking out two cars as well,” said Schmidt. 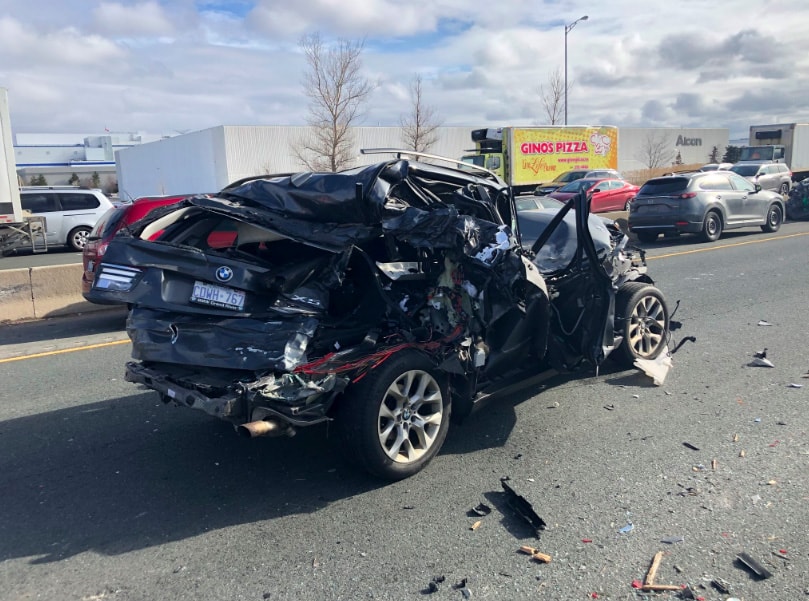 Clean-up is ongoing and “we hope to have a second lane open soon,” he said, adding vehicles are being pushed off to the shoulder. 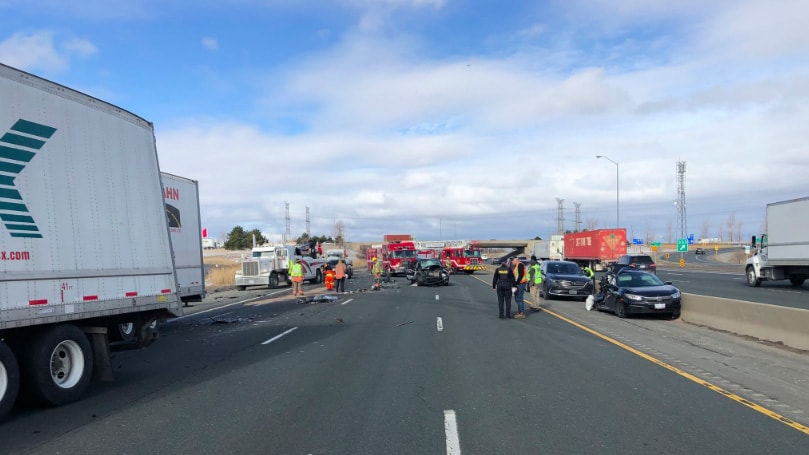 There’s no word yet on the severity of injuries or charges.

UPDATE: All lanes reopened by noon.