PHOTOS: Here’s what the new–and high tech–M City tower will look like in Mississauga 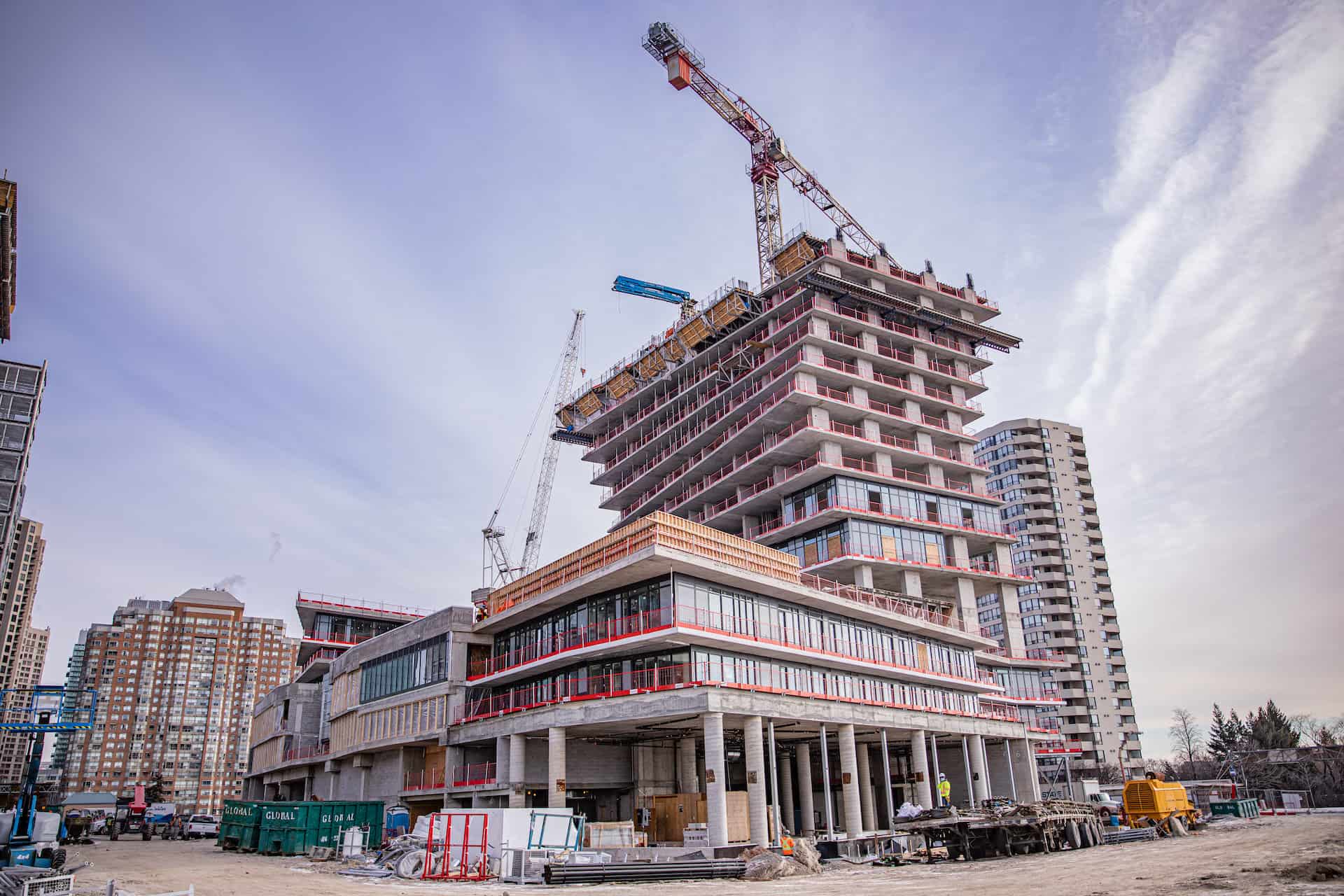 COVID-19 may have halted life as we know it, but it hasn’t stalled the construction of one of Mississauga’s most highly anticipated residential developments.

M4 is the fourth of eight towers planned for M City, which is expected to bring over 6,000 units to the Mississauga core by the community’s completion. The site will also include over two acres of parkland, M Park, the Mary Fix multi-use trail and the future Hurontario LRT. 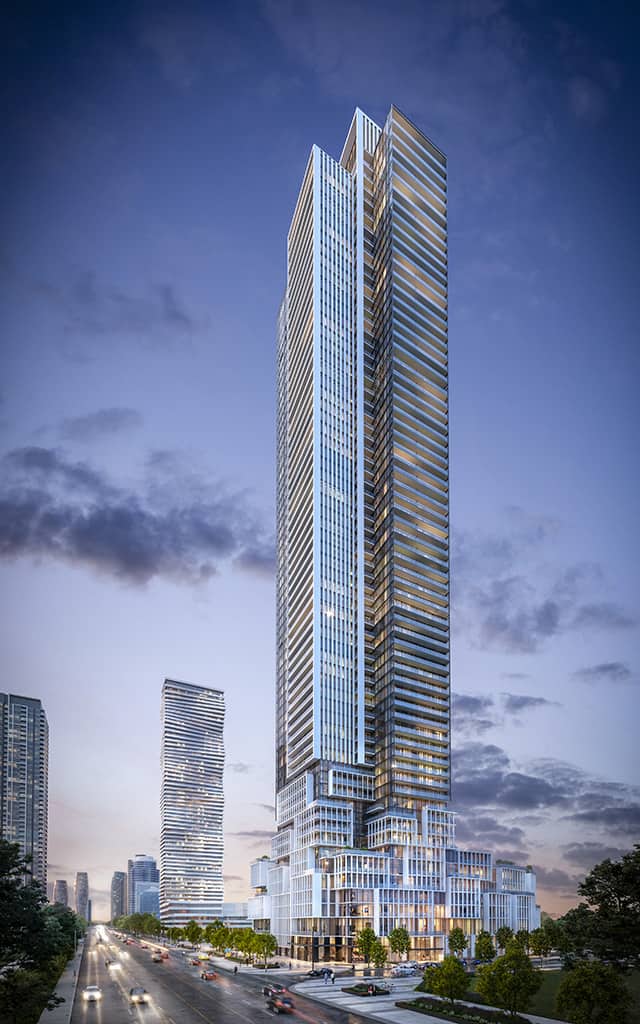 M3, the development’s third building, will be the city’s tallest tower once it’s complete.

Spanning 67-storeys, M4 will boast what Rogers is calling “a smart building ecosystem” that will make it “one of Canada’s most technologically advanced buildings.”

“Everything about M City is inspired by our belief in Mississauga and the desire to deliver a world-class community to the city. When the site was first acquired over 50 years ago, the plan was to erect CHFI radio station antennas,” says John Anderton, Vice President, Treasurer, Rogers Telecommunications Limited, in a statement.

“Now, over five decades later, we may not be erecting radio antennas, but we are investing heavily in technology and broadcasting loud and clear what the future of residential living is going to look like in Mississauga and across Canada.”

Rogers says M4 will feature a Distributed Antenna System (“DAS”), which will be exclusively built for M City. The infrastructure will distribute the Rogers wireless cellular network throughout M4, even reaching such “dark spots” such as inside an elevator or in the basement garage. 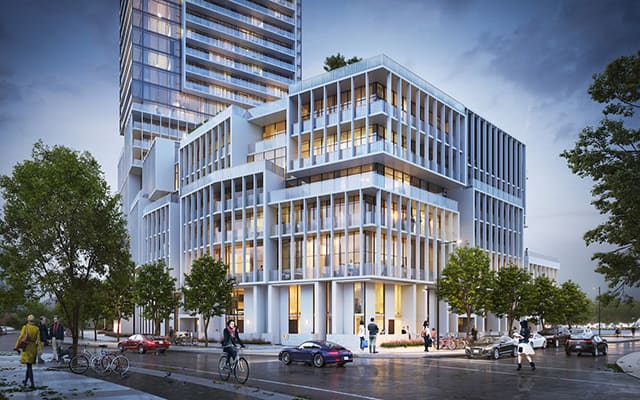 According to Rogers, each suite will be equipped with Rogers Ignite InternetTM Gigabit, offering download speeds up to 1.5 Gigabits per second. Residents will also receive the Rogers Ignite Wi-Fi Promise, an advanced fibre-powered network at M4.

All M City residents will also have exclusive access to the Rogers Smart Community 1VALET app, which will offer a “smartphone-centric living experience” that will allow contactless building access and facial recognition entry, digital keys, remote guest access and more.

“The success of our first three phases of M City continues to prove that there is deep, and consistent demand to live in Mississauga, particularly in the emerging downtown”, says Mark Reeve, Partner at Urban Capital Property Group, in a statement.

“With M4, we’re raising the stakes, delivering one of most tech-savvy buildings in all of Canada. This is another important step towards realizing the city’s Downtown21 master plan and cementing Mississauga at the forefront of city-building and development.”

M4 will be made up of four “towerettes,” with the building defined by “repeating, vertical fins that rise out of a dynamic podium and terminate at different heights in the sky.”

The overall form of the building was designed to resemble an “S” when viewed from above, allowing the architectural team to create six corner units.

Rogers says the Toronto-based Cecconi Simone designed the suite interiors as well as the 36,000 sq. ft. amenity program, which is spread across three floors and weaves between the interior and exterior of the building. Amenities include a Zen-inspired Nakaniwa Garden, an open-air saltwater pool, an outdoor amenity terrace, communal workspace, fitness centre, playroom, and a dual-purpose party room and co-working space.

The Nakaniwa Garden will feature a courtyard defined by a rock sculpture garden atop a water plinth. Visible from the adjacent fitness centre, the Garden can be accessed from the party room, yoga room and a curved staircase that connects to the outdoor amenity terrace above.