If you thought Mississauga’s skyline was already distinct with the skyscraping Absolute World (Marilyn Monroe) towers, you haven’t seen anything yet.

The city recently broke ground on M3, the third and tallest condo tower at M City (a massive eight-condo community that’s taking shape near Square One).

M3 is set to be the tallest tower in the city and one of the tallest in the GTA at 81 storeys and 260 metres tall — far surpassing Absolute World 1’s 180 metres. 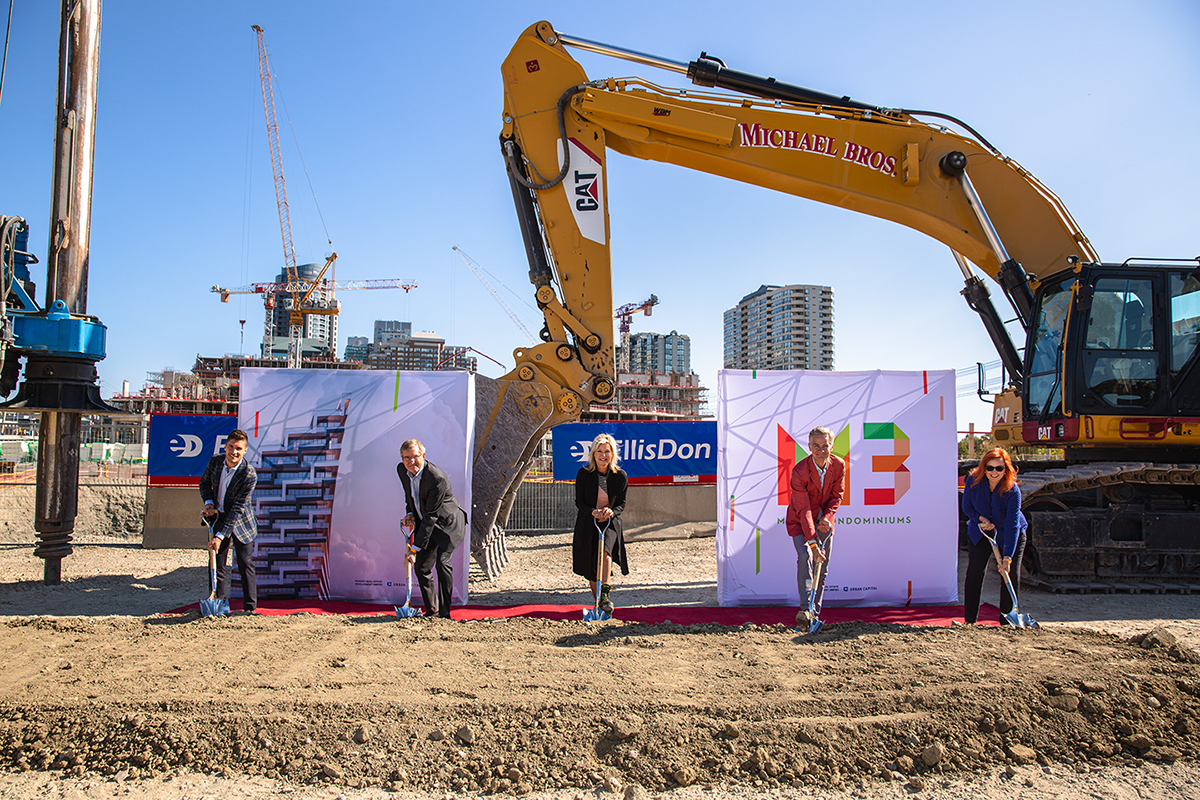 "Rogers Real Estate Development is thrilled with the progress being made at M City in Mississauga," said John Anderton, Vice President, Treasurer, Rogers Real Estate Development Limited. “Our goal has always been to develop a world-class community befitting any city in the world. With M3 moving on to construction, we are one step closer to that goal.”

Some of M3's more distinct design features include a subtle twist at the lower and upper parts of the tower, a sloped crown at the top, and sawtooth balconies that will create a black and white diagonal pattern up the building. 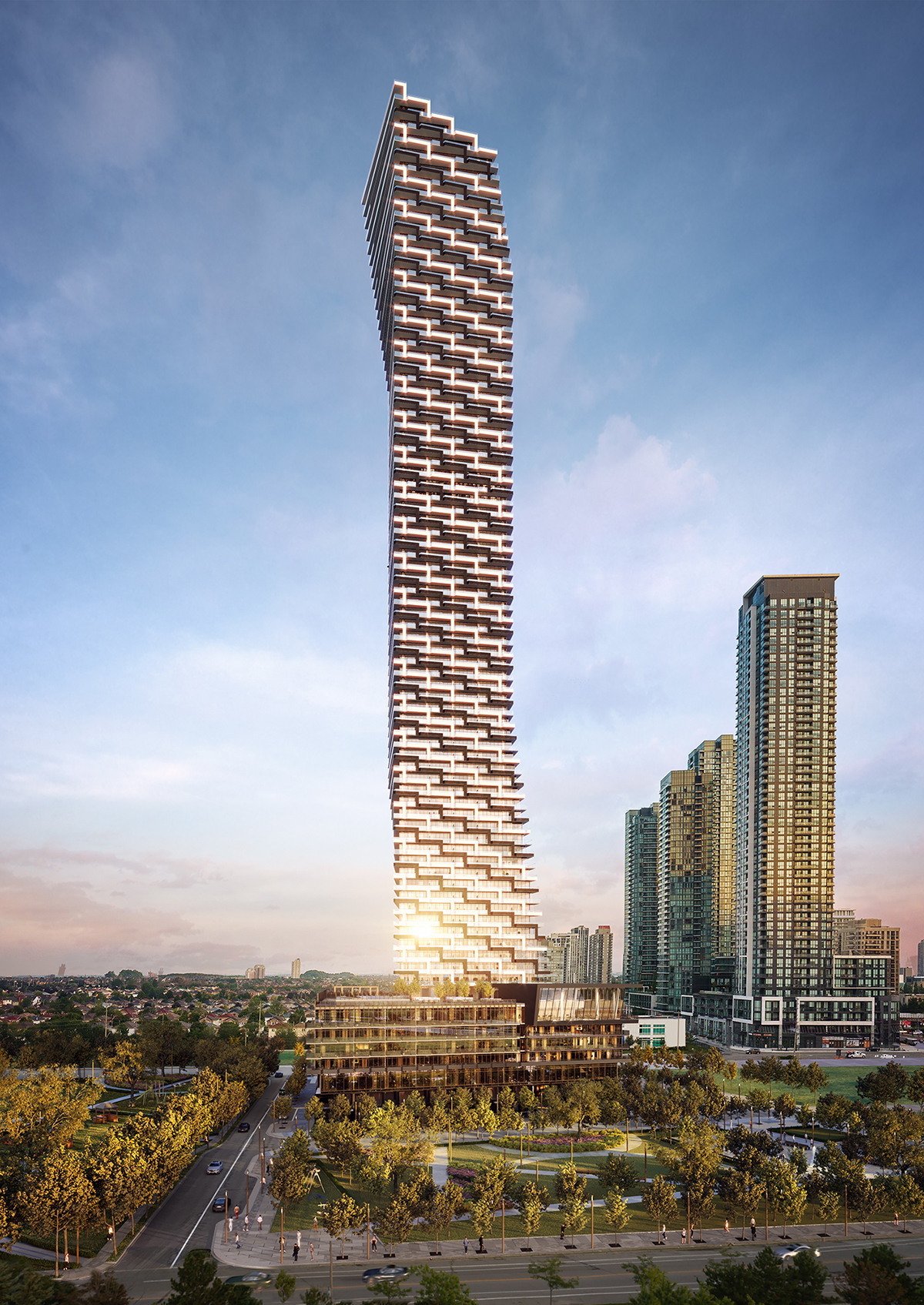 The tower will have almost 900 units ranging in size from 480 to 1,000 square feet, and will also feature a wraparound cafe on the ground level along with a linear park on the tower's northeast side. Its design allows for an extensive amenity pavilion that includes an indoor pool and gymnasium.

The community, which aims to reflect the city's vision for a new downtown, will also introduce two acres of public parkland onto the site. 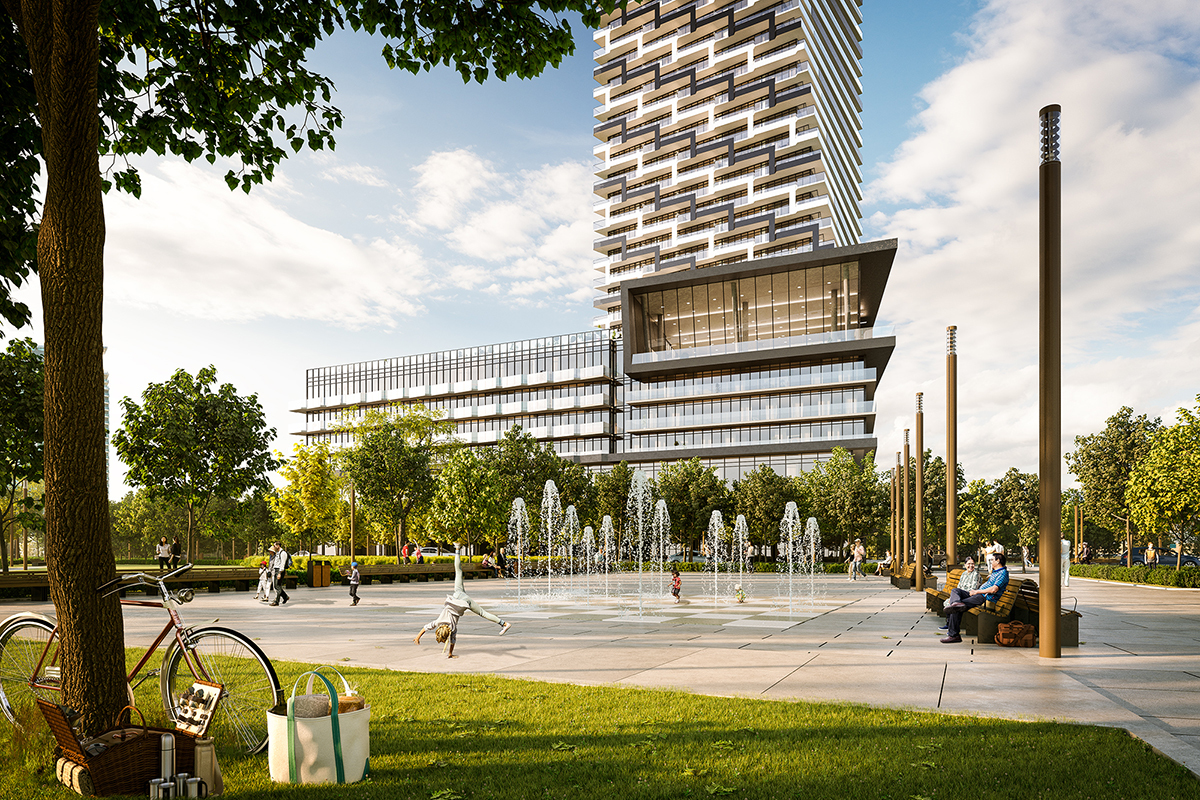 While it’s too early to know what M City’s condo prices will be at this time, we can safely assume they won’t do much to help address some residents’ concerns that Mississauga is becoming a less affordable place to live over time.

"M3 cements the notion that M City is a catalyst for the evolution of Mississauga," said Mark Reeve, Partner at Urban Capital Property Group. "I'm especially proud of the team we have on-site, who have been able to persevere under unprecedented conditions and ensure construction remains on schedule. It's a testament to their skill and dedication."

More information can be found at mcitycondos.com.

A new restaurant specializing in grilled meats just opened up in Mississauga
Mississauga is the city where foodies can explore cuisines from all around the world and every new restaurant that pops up offers an experience to remember.
END_OF_DOCUMENT_TOKEN_TO_BE_REPLACED