PHOTOS: Here’s a Look at What’s Coming to the New Addition in Square One in Mississauga

Over the years--more than 40 of them, in fact--Square One has grown from a more modest place-making destination to a rapidly expanding shopping mecca that's home to some of the world's most famous affordable, mid-range and luxury brands.

It's also been home to two movie theatres, an ever-evolving food court and, at one time, an open air court.

And now, the mall that only recently welcomed a luxury wing anchored by high-end department store Holt Renfrew, is working on its ambitious west expansion project.

And this project is big.

In the summer of 2018, Square One announced the massive project, which will include a modern and on-trend Food District. One of the highly-anticipated restaurants set to call the Food District home?

The Pie Commission, which operates two Toronto locations (including one on The Queensway in nearby Etobicoke), made the announcement in a Sept. 20 tweet.

As far as the menu goes, Pie Commission offers personal sweet and savoury pies and a range of tasty side dishes. Some pies on the menu? Braised beef rib, beef n' beer, butter chicken, chicken cheddar bacon mash, veg-licious, pulled pork and sausage rolls. Diners with a sweet tooth are also in luck, as the rest offers a number of dessert pies, including coconut pie and fresh fruit crumbles.

Here's a look at some Pie Commission construction, courtesy of Mississauga-based construction company Build it by Design. 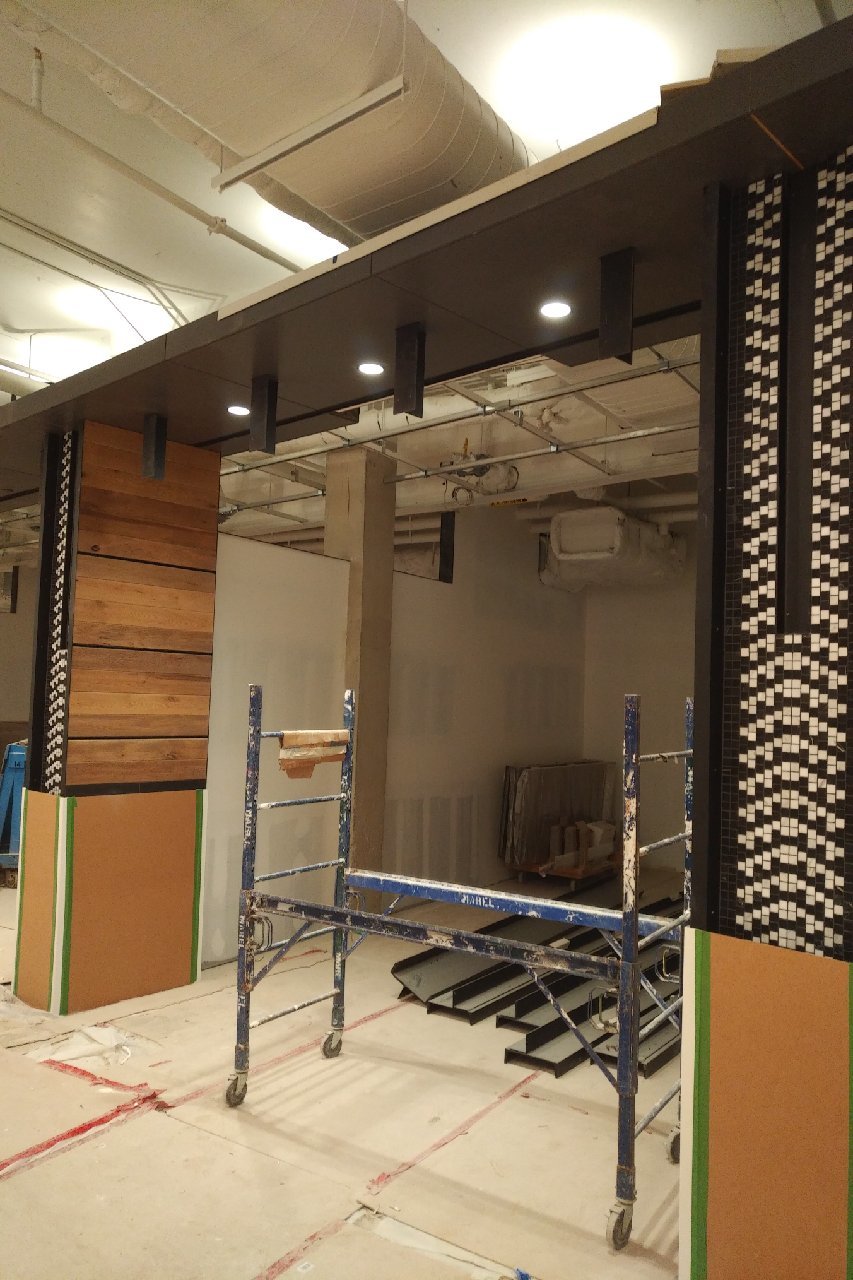 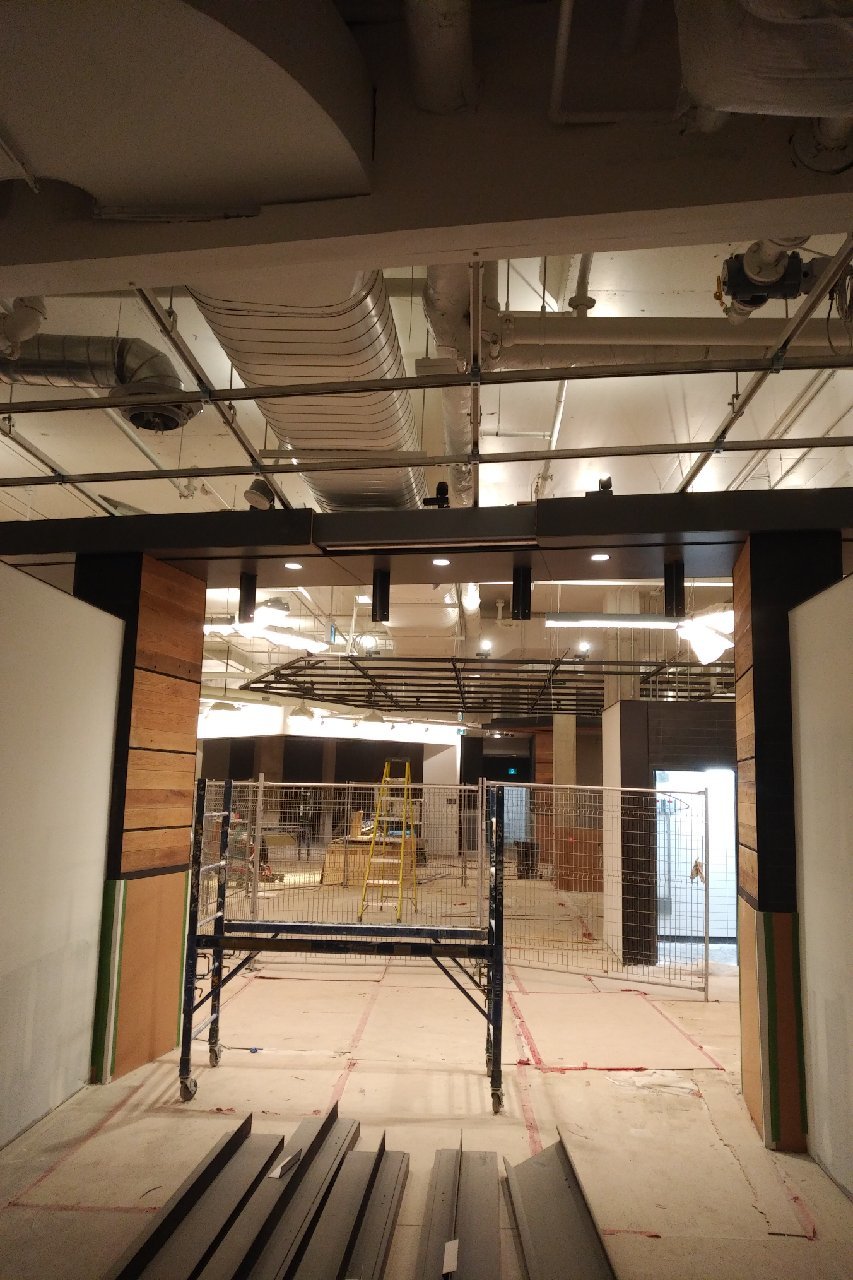 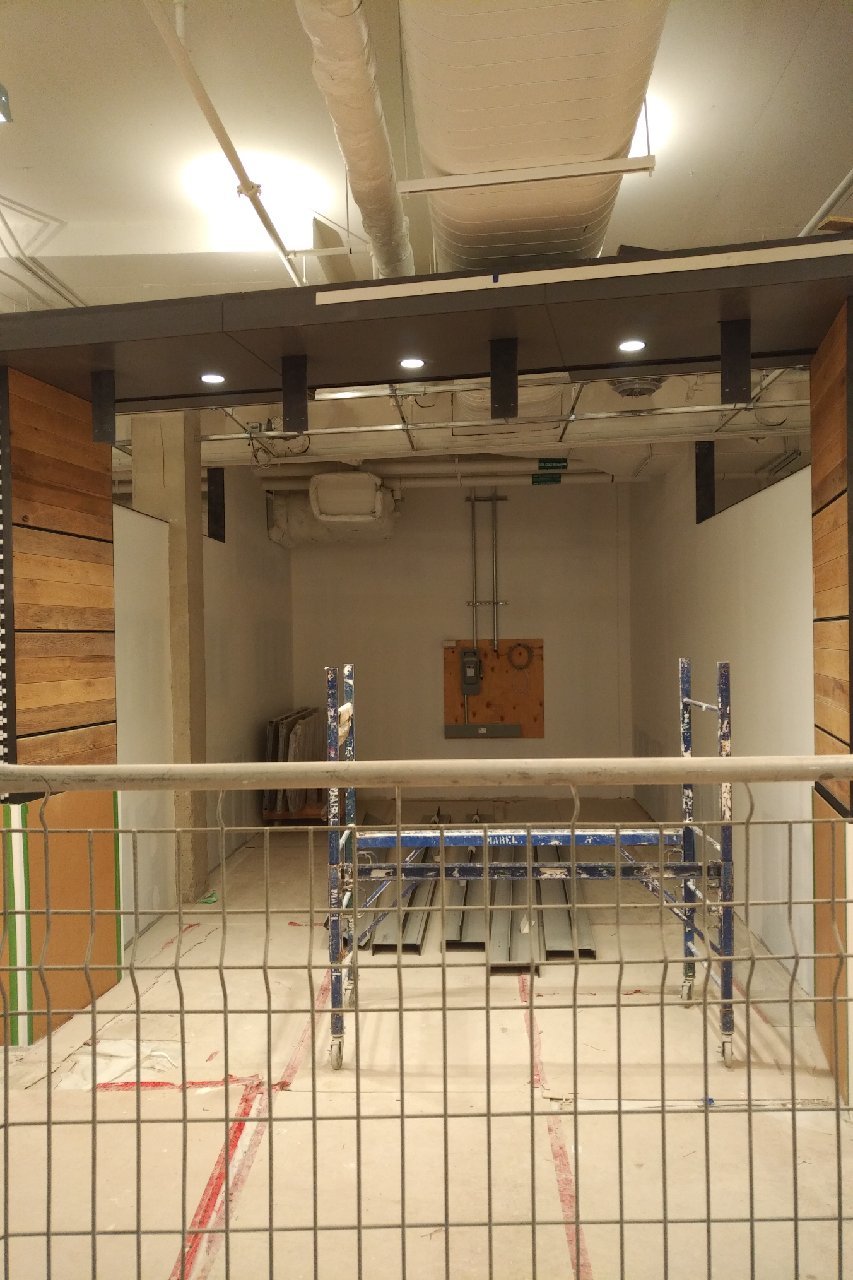 Square One said the massive $580 million redevelopment is one of the most ambitious projects of its kind in North America.

Construction on the addition, which will take shape in the former Target area, is already underway. While we don't yet know exactly how many retailers will flock to the mall as the project moves forward, we do know that a few big name brands have already announced plans to set up shop in the brand new space.

One of the biggest additions to Square One's roster is the Rec Room, a Cineplex-owned entertainment complex that revealed its plan to open in Square One in 2017. The addition will also welcome Indigo, which will move from its current Rathburn Rd. location.

Uniqlo opened in the space this month.

The Food District, intended to provide an elevated experience for foodie tourists and locals alike, is opening in spring 2019. It'll focus on offering local, handmade and high-quality foods in a setting that embraces both new- and old-world food emporiums. With more than 34,000 sq. ft., the Food District is intended to offer space to meet, explore and share the love of food through tastings, cooking classes, dinner parties, book signings and other special events.

Will you be checking out the Pie Commission next year?

Mississauga's “first and only outdoor picnic and beer garden experience" now open
Although COVID has made life significantly more difficult, the gorgeous summer weather has made it easier to enjoy the "new normal" and fortunately for those who love drinking and dining outside, a
END_OF_DOCUMENT_TOKEN_TO_BE_REPLACED