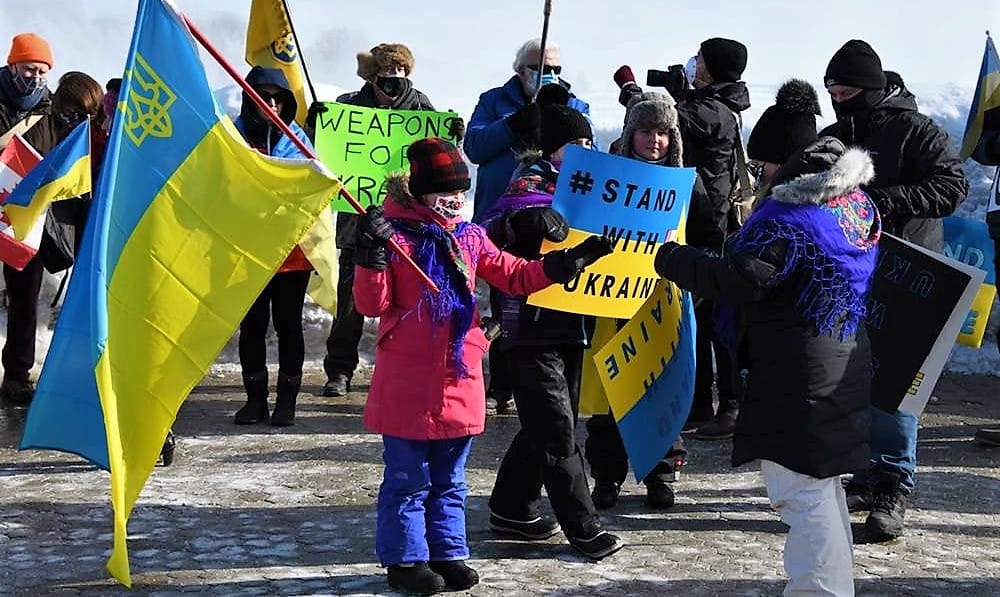 A rally for Ukraine held earlier this year in Niagara Falls.

Some 20 overpasses in Niagara Region will be getting some extra traffic tonight as the Ukrainian Canadian Congress-Niagara is looking for people showing up to show support for Ukraine.

Today was chosen very deliberately as May 9 is when Russia holds its annual Victory Day festivities where they celebrate defeating the Nazis in World War II.

Organizers have dubbed it the Bridge for Peace initiative and it’s running on the overpasses between 6 to 7 pm tonight.

“As we all know, Russian Victory Day is May 9th. In support of our Brothers & Sisters in Ukraine, our UCC Niagara propose we have our own demonstration on May 9th, by means of a large rally with flags etc., on major highway overpasses,” said organizers.

“The idea would be similar to that of the “Highway of Heroes” where supporters stood on overpasses in honour of all the soldiers who died. We believe we can organize enough people from the Ukrainian community, as well as those outside the community, to really have an effect and show that each region, province of Ontario and potentially all Canadians could rally on the same day, the same time with a unified message in support of Ukraine, denouncing Russian Victory Day.”

On the group’s Do List: “Bring your Flags, Signs, Apparel *Dress for the weather *Bring your Friends Neighbours Family – This is not a Ukrainian Only event. We want to gather as many supporters as possible.”

On their Don’t List is just one thing – do not hang items. 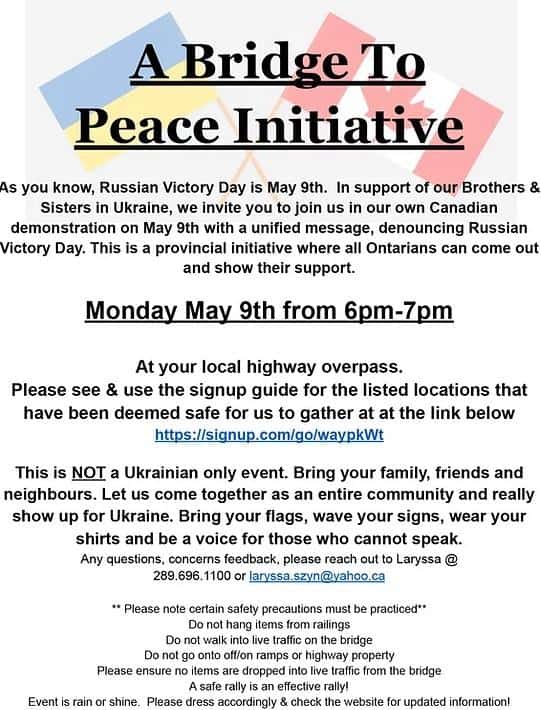