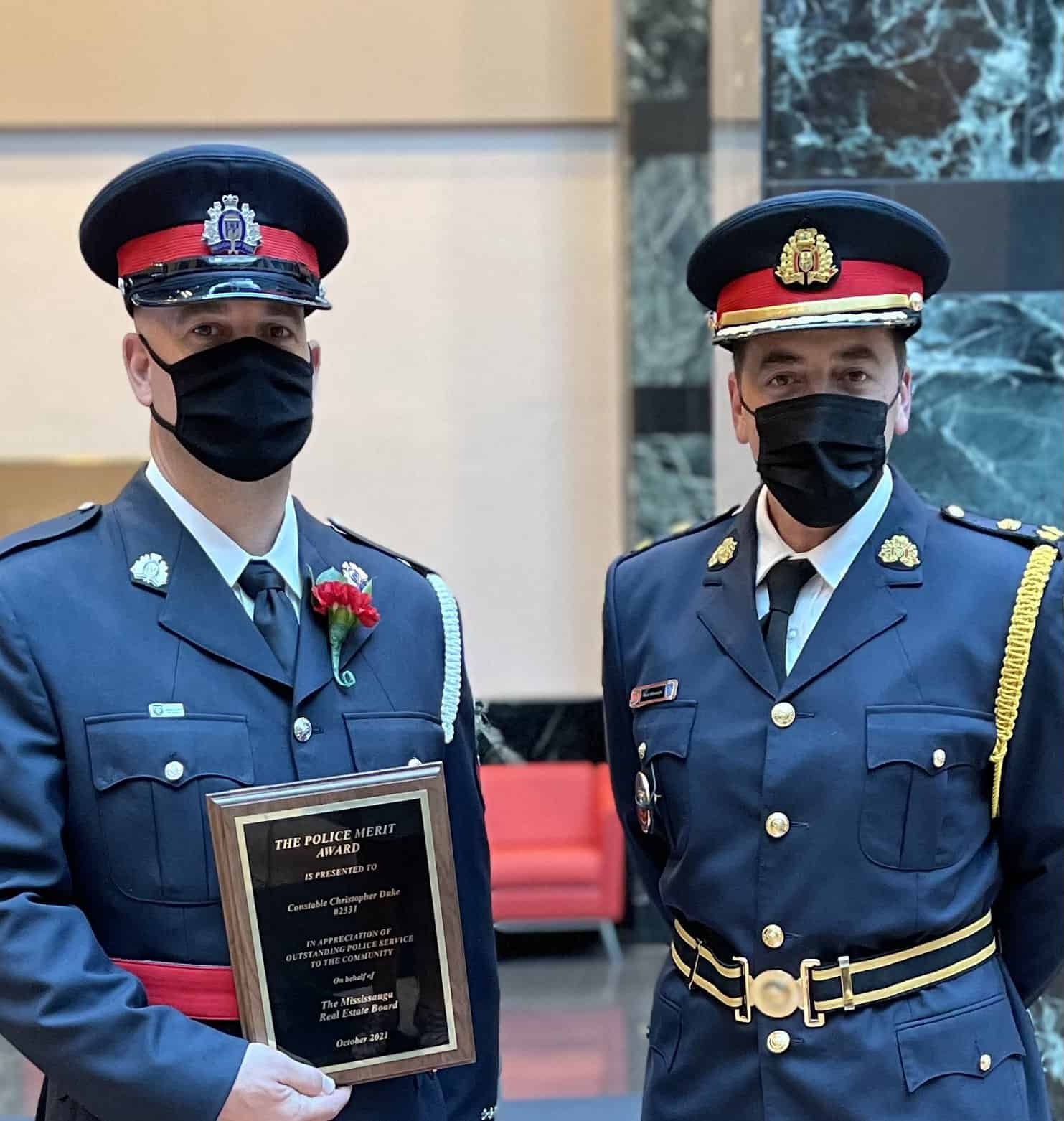 Peel Police Marine Unit officers Christopher Duke and Michael Beveridge have been awarded the MREBRealtors Civic Award for Police Merit for helping to save the lives of three boaters who ended up overboard in Lake Ontario last June.

The two constables received an emergency call on the evening of June 25 from a witness at Lakefront Promenade Park in Mississauga saying a canoe had capsized about 400 metres from shore and the people were having trouble staying afloat.

The officers quickly located the three men after spotting their personal belongings floating in the water and just as quickly realized one of the three men – who wasn’t wearing a life jacket – was having difficulties staying above the water.

The water temperature on this late spring day was just 12 degrees and all three men were showing signs of hypothermia.

Duke and Beveridge were able to use a rescue line to bring the men aboard and Duke then performed emergency first aid on the man in most distress while Beveridge piloted the boat back to shore and the waiting Peel Paramedics. The man Duke worked on was transported to local hospital in a semi-conscious state.

Peel Police Deputy Chief Nick Millinovici, who was there for the presentation along with Mississauga Mayor Bonnie Crombie, said he was “very proud” of the Marine Unit officers.

“The teamwork and quick action of these two Peel Police Marine Unit officers were instrumental in preventing what could have been a tragic situation.”

Restaurants in Mississauga, Brampton, Hamilton and rest of Ontario anticipate lift of COVID restrictions next week