Peel Police have two suspects in Brampton carjacking in custody, search on for other 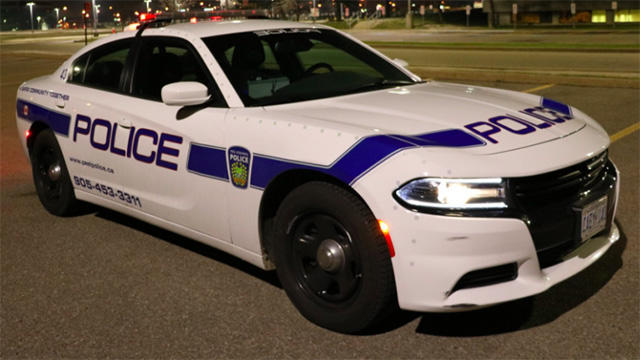 Peel Regional Police have two suspects in custody and are still searching for another after a Brampton driver was carjacked on Wednesday night.

Police recovered the vehicle around 2:30 a.m. on Thursday morning in the area of Great Lakes Drive and Sandalwood Parkway.

The stolen vehicle had been involved in a collision.

Two of the accused are in custody and one other is outstanding. An active search is ongoing.

Police responded to calls at around 10:36 p.m. on Wednesday night that an automobile theft occurred in the area of Bovaird Drive and Mountainash Road.

Two men with knives stole the driver’s black 2015 Mercedes E250, with a vanity licence plate reading KESAR. The driver was not injured.

The suspects were both described as Black men, about 30 years old, and they were wearing dark-coloured hooded sweatshirts.

Hours earlier, another driver was carjacked in the area of Bristolview Road West and Creditview Road in Mississauga