Party in The Hammer: Here’s what’s happening in Hamilton for Grey Cup Week 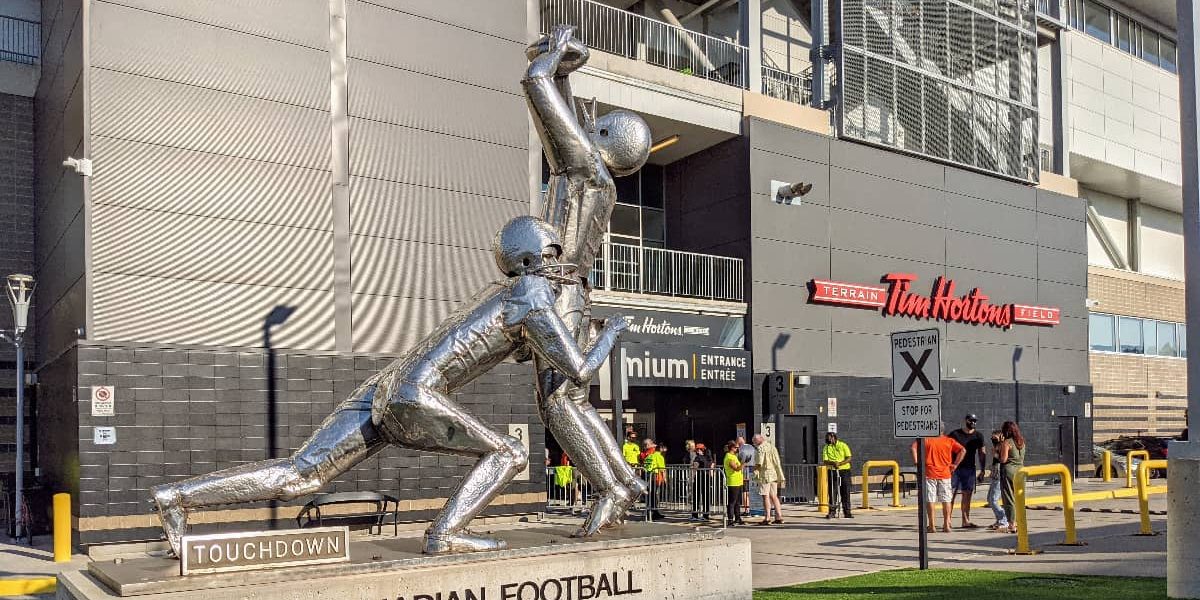 The Canadian Football League (CFL) announced a full week's slate of festivities for the week of the 108th Grey Cup in Hamilton.

The Canadian Football League (CFL) announced a week’s slate of celebrations for the 108th Grey Cup Festival in Hamilton — culminating in the Dec. 12 championship game.

Fans will be able to enjoy both free and ticket-based activities.

“Excitement is building in Hamilton and throughout the region as we get closer to hosting the 108th Grey Cup right here at Tim Hortons Field in December,” said Matt Afinec, President and CEO of the Tiger-Cats. “We can’t wait for our great fans to get a taste of the Grey Cup fever that comes with the fan festival events at the Hamilton Convention Centre, and we look forward to hosting fans from across the country in our great City.”

Grey Cup Week kicks off with the CFL’s ultimate prize arriving at Bayfront Park on Tuesday, De. 7 at 11 a.m.

The Hamilton Convention Centre will be the official home to several events and celebrations throughout the week.

Tickets can be purchased for $20 at the door.

A pre-game party 25 years in the making, TigerTown GameDay Party and in partnership with the Hamilton Tiger-Cats Alumni Association will be held at the Hamilton Convention Centre on Sunday, Dec. 12 from 10 a.m. to 3 p.m. with $75 tickets available at ticketmaster.ca.

The Convention Centre will open its doors to CFL fans on the morning of Dec. 10 for the commissioner’s annual address. Beginning at 10 a.m., Commissioner Ambrosie will provide an update on the direction of the league and take questions from members of the audience.

The league will also take the opportunity to unveil the Grey Cup Fan Base – a new base on which the Grey Cup will stand, in recognition of the fans.

Seating is limited and fans are invited to reserve their spots now for the free event at greycupfestival.ca.

For the first time since the league began recognizing the top-performing players and personnel, the awards ceremony will be free and open to the public.

Beginning at 6 p.m. ET on Friday, Dec. 10, the Hamilton Convention Centre will play host to the league honouring the best and brightest stars of the 2021 season.

Seating is limited and fans are invited to reserve their spots at greycupfestival.ca. Immediately following the CFL Awards, the Awards After Party will kick off with $20 tickets available for purchase at the door. 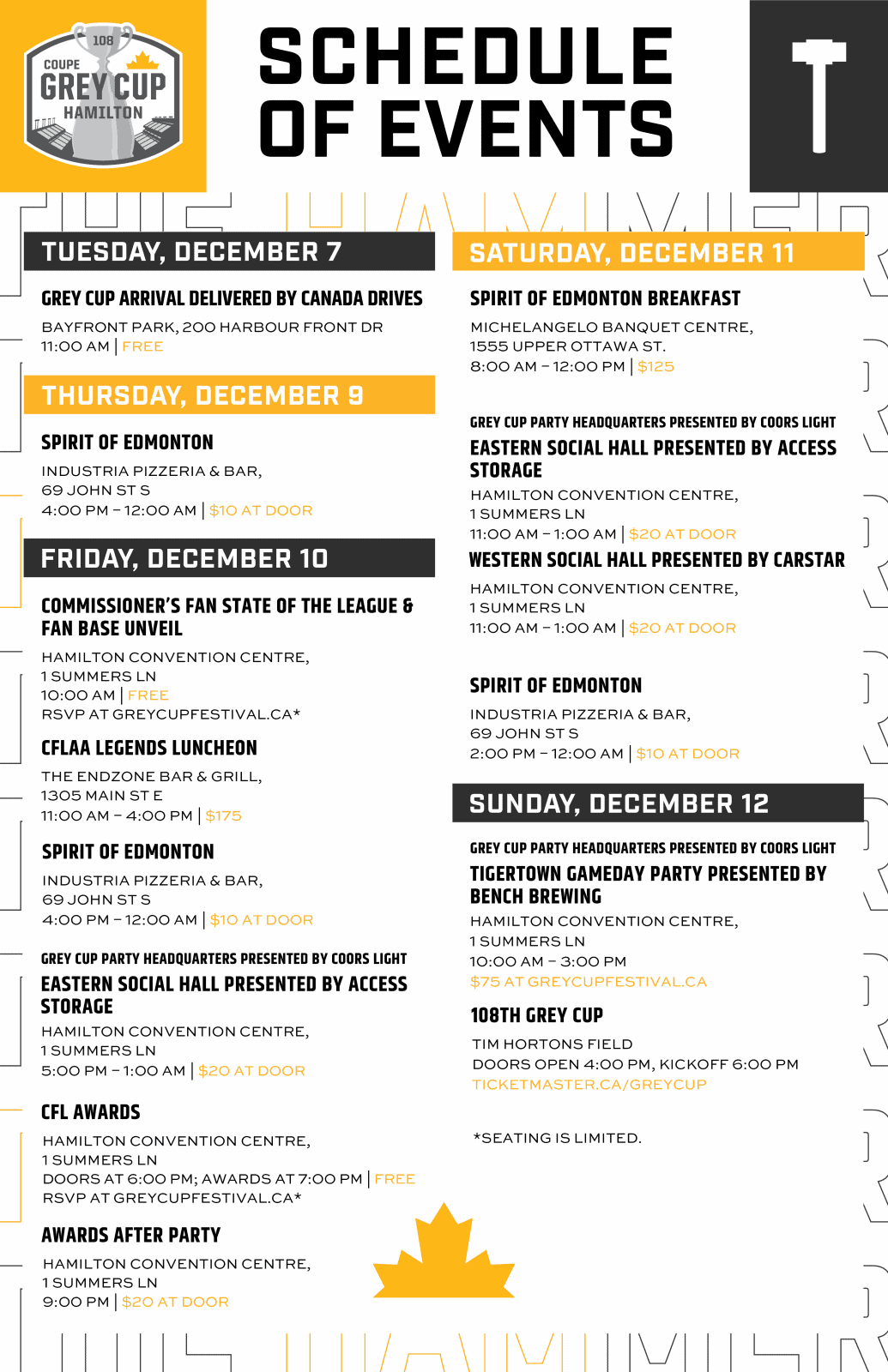 “Grey Cup Week may look a bit different this year,” added Vienneau. “But at every turn, you’ll still see fans proudly wearing their favourite teams’ colours, you’ll still hear boisterous conversations about how their fandom came to be, and most importantly, you’ll still feel the passion and love for the league that flow throughout the CFL family.”

Fans will be required to show valid proof of vaccination and follow health and safety protocols in order to attend all Grey Cup Week events and the championship game.

A limited number of tickets for the 108th Grey Cup on Sunday, Dec. 12 at Tim Hortons Field, featuring Arkells in the Grey Cup Halftime Show, are still available at ticketmaster.ca/greycup.