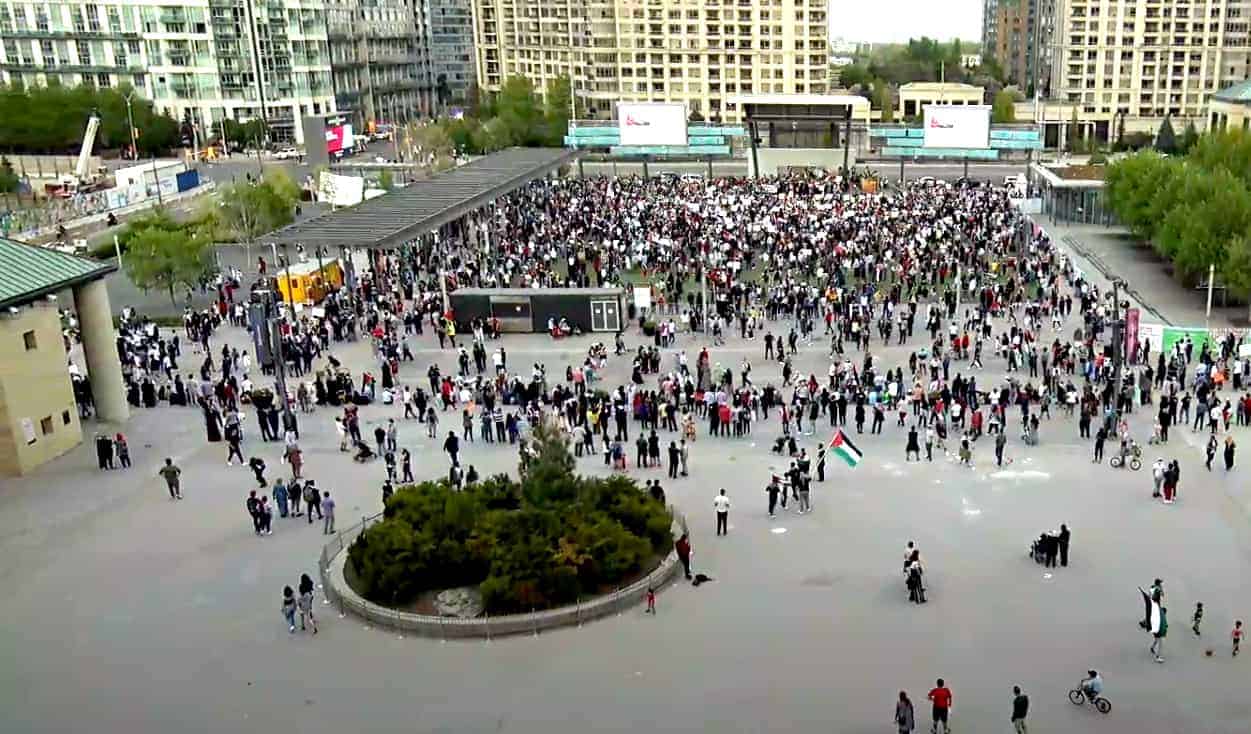 Thousands are expected to attend a rally in support of Palestinians beginning tonight at 7 p.m. at Celebration Square in Mississauga.

The Palestinian Canadian Community Centre in Mississauga, organizers of the local mass mobilization, say the “Day of Action” will be held in the heart of the Palestinian community in the GTA to protest the ongoing ethnic cleansing of our people in the homeland.

“From across colonized Palestine, we call on you to join our general strike and day or action on Tuesday, May 18,” the Palestine House repeated on Twitter of the general strike being called for in several countries. “Launched from Jerusalem and extending across the world, we call on your support in maintaining this moment of unprecedented popular resistance.

“As settler mobs and the Israeli occupation continue a campaign of violence and ethnic cleansing against our people in Sheikh Jarrah, Gaza, and beyond, we will continue our popular uprising until the liberation of our lands and people. Liberation is within our reach.”

Numerous road closures are expected by Peel Regional Police throughout the night in the area of Mississauga Celebration Square, located on Duke of York Boulevard and Burnhamthorpe Road.