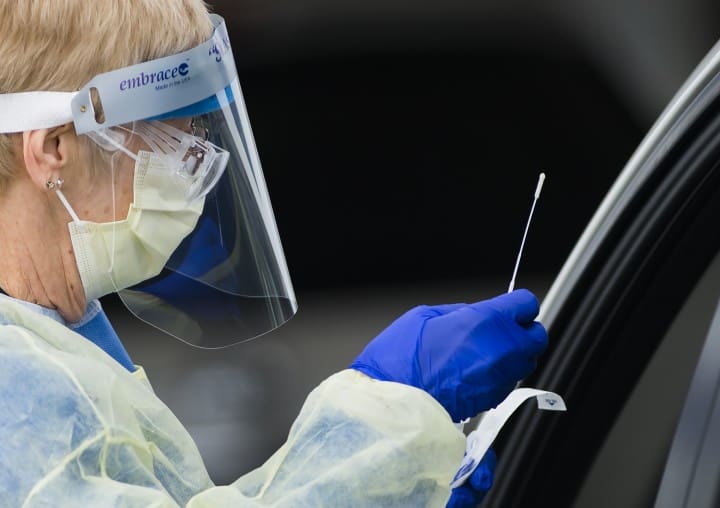 On Nov. 11, the Region of Peel (Brampton, Mississauga and Caledon) recorded 468 new cases of COVID-19–84 more cases than the more densely populated Toronto.

Health Minister Christine Elliott announced that Ontario overall is reporting a record 1,426 cases of the virus, with 384 cases in Toronto, 180 in York Region, 63 in Durham and 62 in Hamilton.

Elliott said that over 36,700 tests were completed and that 886 people have recovered from the virus.

According to the province’s website, there have been 15 deaths in a 24-hour period and 424 people are currently in hospital. There are 88 patients being treated in ICUs and 57 patients are using ventilators.

Yesterday, Mississauga Mayor Bonnie Crombie and Peel Medical Officer of Health Dr. Lawrence Loh said that the numbers in Peel are “moving in the wrong direction” and that residents need to limit in-person contacts as much as possible.

The mayor’s Nov. 10 address, which touched on the explosive case growth in both the city and overall region, came days after Loh announced that he would be implementing additional public health measures—including major restrictions on bars, restaurants, gyms and places of worship—in the hard-hit “Red-Control” region.

“The sobering reality is that the Region of Peel is in a dire situation,” Crombie said.

Crombie told reporters that Peel has recorded an average of 340 new daily cases over the past week, with Mississauga seeing about 105 new cases a day—double what it was recording just a few weeks ago.

According to Peel Public Health’s website, which has slightly different numbers, the region recorded 466 new cases on Nov. 9. The website says 162 cases were in Mississauga, 285 in Brampton and 14 in Caledon. Five cases have not been linked to any one municipality yet.

The mayor said that Mississauga is seeing about 50 cases per 100,000 people—a 6.5 per cent positivity rate.

Last week, Loh said that Brampton’s test positivity rate has reached about 10 per cent and that its main full-service hospital–Brampton Civic–is overwhelmed.

Yesterday, Crombie said that Mississauga’s two hospitals are at capacity and at risk of being overburdened.

“The Thanksgiving long weekend, along with a recent large workplace outbreak, is part of the reasons for the uptick in Peel,” Crombie said.

“But the reality, as hard as it may be to stomach, is that the virus has been fully unleashed in our community.”

Loh also told reporters that the uptick in cases could be related to Halloween parties.

Loh, Crombie and Brampton Mayor Patrick Brown recently announced that an isolation facility, which is needed to help curb household spread in a region made up of multi-generational homes with multiple residents, is coming to the region.

Loh told reporters that he hopes the facility will open on Dec. 1, 2020.