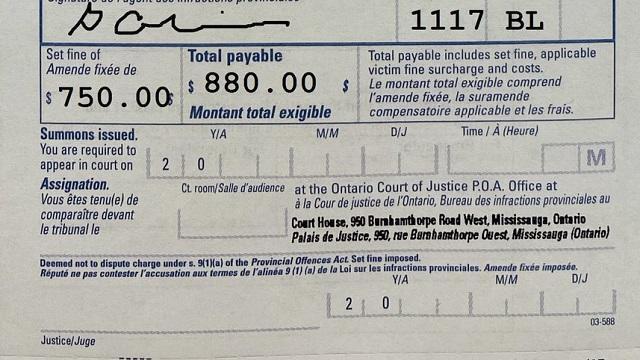 Last week, the City of Mississauga wrote 22 COVID-19-related tickets to people who allegedly attended illegal gatherings — nearly two-thirds of which were connected to car meets.

The city’s weekly enforcement report states that 22 people received $880 fines for reportedly participating in illegal gatherings between Friday, May 21 and Monday, May 24. No businesses received fines. Four other tickets were issued for a gathering in the park last Sunday. The other four stemmed from gatherings in four separate private homes.

The previous week’s enforcement report included seven tickets from a car meet on May 15.

No Mississauga businesses were fined last week, according to the enforcement report. Four were ticketed between May 12 and 16, according to a previous week’s report. Mississauga is under a province-wide stay-at-home order that prohibits gatherings with people outside of one’s household. People who live alone and single parents are permitted to join one other household.

The order is expected to remain in effect until at least Wednesday, June 2.