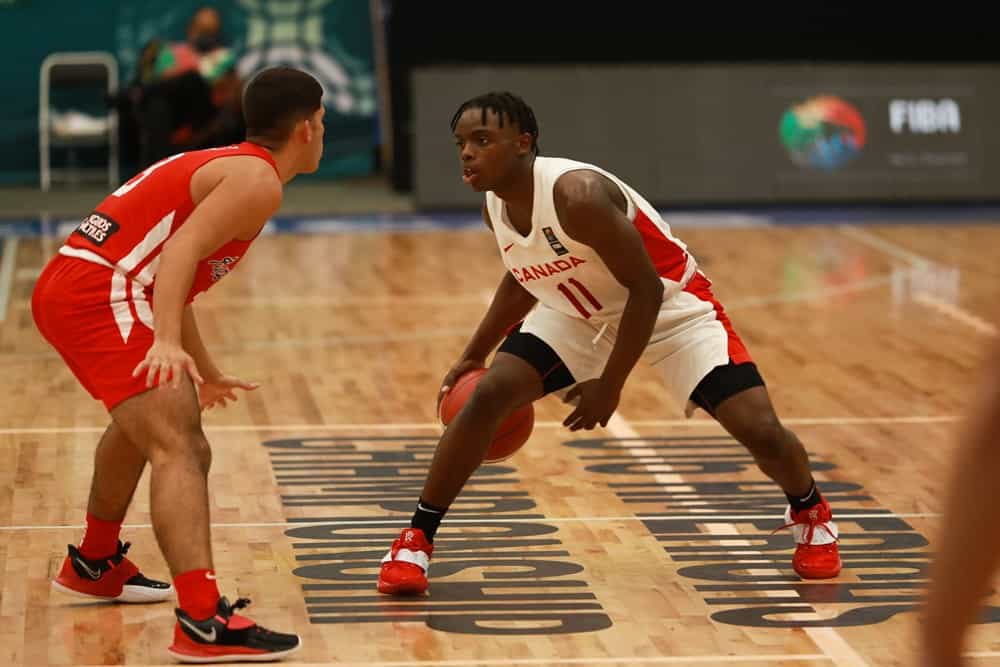 Canada will play the powerful Americans tonight for a spot in the FIBA U16 final after a decisive 93-64 win over Puerto Rico Friday night.

The boys were up 21 at the half and after letting the islanders get as close as 18 pulled away in the final quarter to win by 28 points.

Mikkel Tyne led the Canadians with 20 points and added seven assists to earn Top Performer honours. Efeosa Oliogu, the 15 year-old breakout star from Oshawa, added 16 on 6/13 shooting – including a pair of long-range bombs – and was strong on the boards as well with eight rebounds.

Puerto Rico’s Alejandro Aviles led all scorers with 22 points and added a game-high 11 boards as well.

The U.S., who have won gold in every edition of this event since its 2009 debut, had little trouble with host Mexico in their quarter-final, coasting to a 70-point win, 123-53.

In other quarter-final action Argentina, who beat Canada in the tournament opener, easily dispatched Chile 90-38 to set a date with the Dominican Republic, who outlasted Brazil 74-66.

Canada’s win yesterday guarantees them a spot in next year’s U17 World Cup.