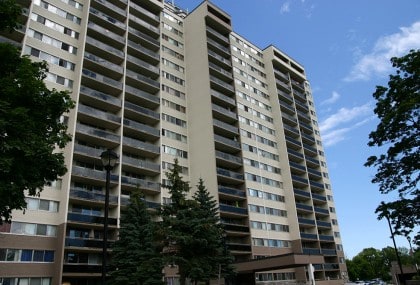 With a median price of $1,510 for one-bedroom apartments, Oshawa was the seventh-most expensive city in Canada, according to the Canadian Rent Report.

Rent actually dropped five per cent from 2020 numbers in Oshawa and the city dropped one spot from sixth place on the list.

Vancouver remained the most expensive city with one-bedroom rent staying flat at $2,000, while two-bedrooms increased 2.1 per cent to $2,860.

Toronto jumped two spots to reclaim its ranking as the second priciest market with one-bedroom rent jumping 4.7 per cent to $1,790. Two-bedrooms had more moderate growth, climbing 2.3 per cent to $2,250.

St. Catharines moved up three spots and into the top 10 with a 4.6 per cent jump, while Hamilton dropped off the list.