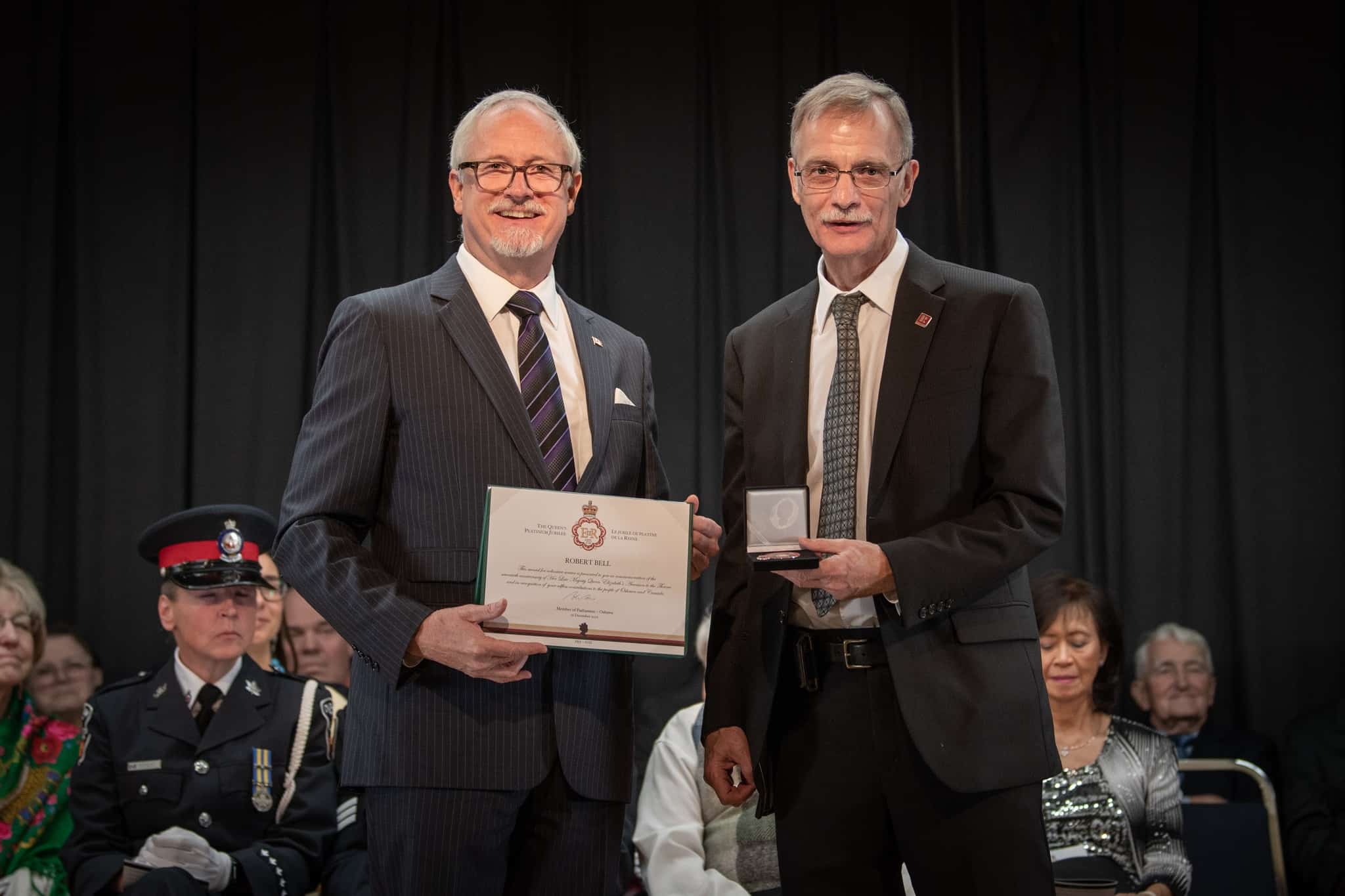 These awards recognized selfless contribution through volunteerism and giving. The event started with the honourees being piped in with many of their friends and families in attendance.

Throughout 2022 Canada has celebrated the Platinum Jubilee of Her late Majesty Queen Elizabeth’s accession to the Throne and to commemorate this historic milestone and to honour the country’s close relationship with the late Sovereign, Oshawa Member of Parliament Colin Carrie established the Platinum Jubilee Awards Program this past summer. These Awards honour local individuals who have demonstrated a commitment to improving the lives of their neighbours or strengthening the bonds of the community.

“These special Awards pay tribute to 70 individuals of every age, background or walk of life who have helped to build a more caring, generous and inclusive community,” said Carrie.

A grassroots community-driven process, nominations for the Platinum Jubilee Awards opened in August 2022 – prior to the Queen’s passing – and were accepted until late fall. Nearly 300 nominations were received. Each recipient has performed unpaid voluntary activities primarily for the benefit of the Oshawa community and has not received any remuneration or recompense for those activities. 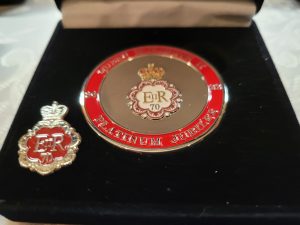 “We acknowledge and honour the selfless contributions of 70 outstanding women and men, one for each year of the late Queen’s reign, who embody the qualities of selflessness, dedication, and service to others – values so deeply treasured by Her late Majesty. We’re forever grateful for these quiet good works which too often go unrecognized. Many of theseindividuals play key roles in supporting Oshawa’s charitable, civic or relief organizations, our arts, culture or historical institutions, amateur or recreational sports, as well as youth, Seniors and Veterans’ groups. Some simply support their neighbours in times of need or distress,” said Carrie.

These awards recognized selfless contribution through volunteerism and giving. The event started with the honourees being piped in with many of their friends and families in attendance. 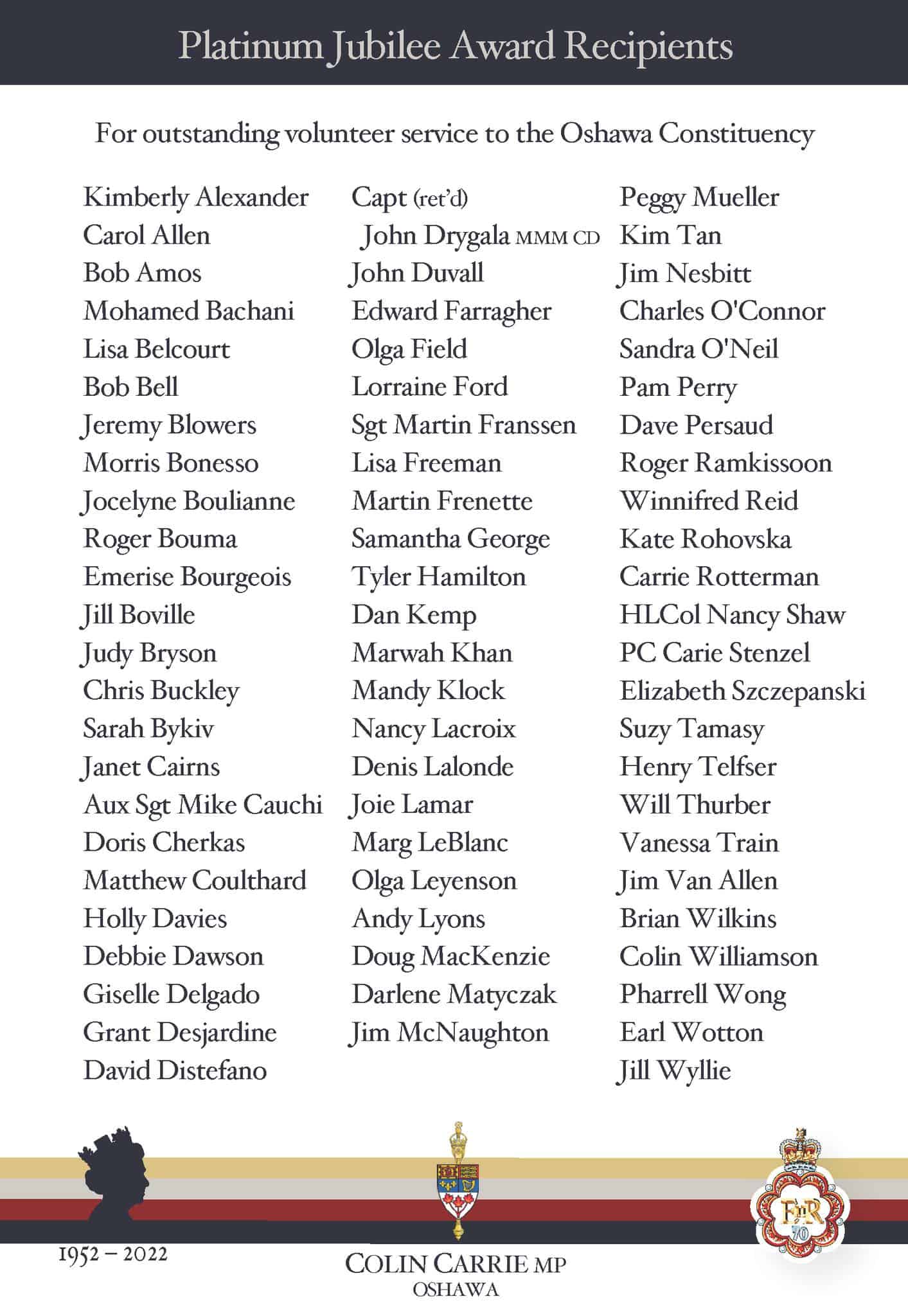