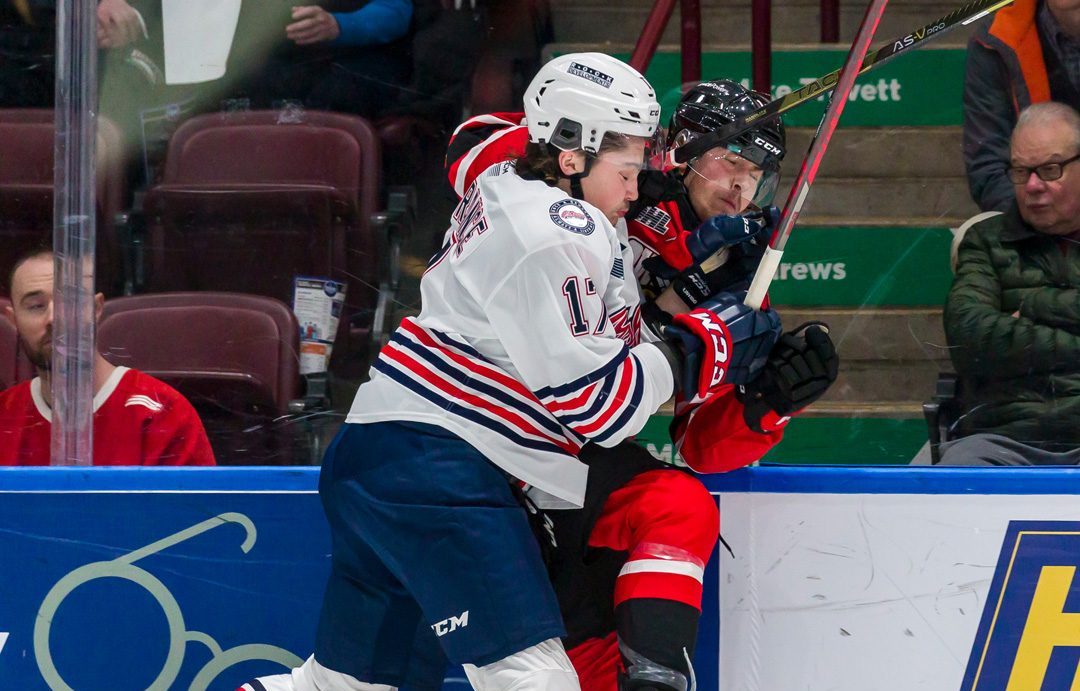 The effort was there, but with a pair of one-goal home ice losses Friday and Sunday nights, including one in overtime, the results weren’t as the Oshawa General’s losing streak has now reached nine games.

Brett Harrison and Rider McIntryre, on a nice individual effort, scored for Oshawa but two goals scored by the Attack 26 seconds apart in the second proved to be the difference.

Sunday’s match against the Sarnia Sting – which featured a reunion between Oshawa star Calum Ritchie and his older brother Ethan (both players had two assists in the game) – was a wild, back and forth affair that saw Oshawa jump out to a 2-0 lead before Sarnia roared back with four straight goals – including a natural hattrick from Angus MacDonell – to take the lead.

The Generals then scored three in a row – with two by Harrison – to regain the lead before the Sting tied it late in the third, setting the stage for McDonell to be the hero with his fourth of the game 52 seconds into overtime.

Ryan Gagnier, Lleyton Moore and rookie Beckett Sennecke had the other Oshawa goals while OHL leading scorer and Toronto Maple Leafs prospect Ty Volt had four assists for the Sting.

Patrick Leaver faced 37 shots in net for Oshawa, who now sit at 5-11-3, last in the East Division and a whopping 23 points behind the league-leading 18-1 Ottawa 67s.

The job of getting back into the win column will not be easy for the Generals, who face Peterborough (who blanked them 4-0 Thursday night) and London this weekend. Both games will be played at the Tribute Communities Centre in Oshawa.