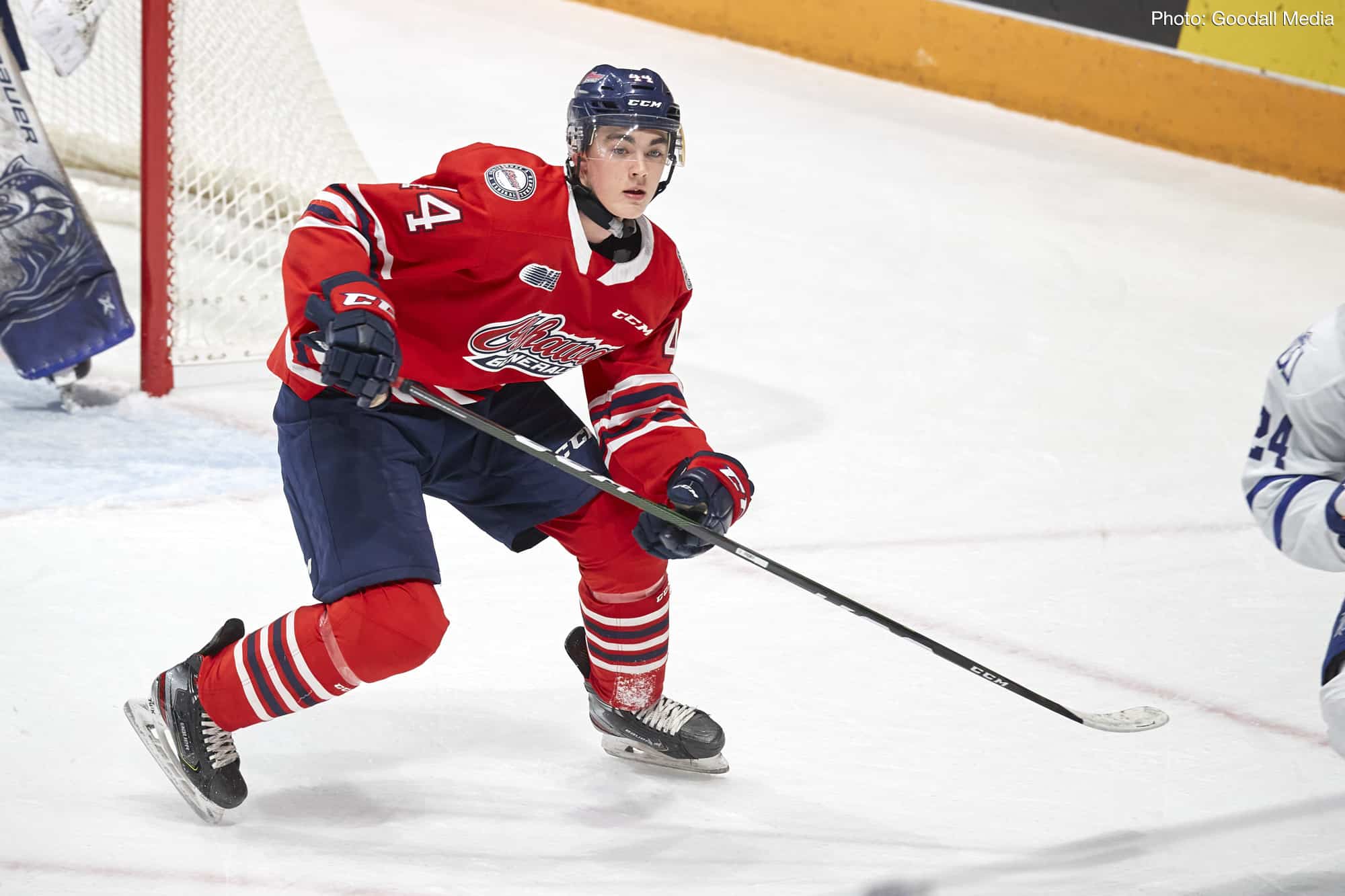 The Oshawa Generals traded star centre and Boston Bruins prospect Brett Harrison to the Windsor Spitfires Tuesday for a big package of six draft picks, including second-round draft selections this year and next.

Harrison, a native of Dorchester, ON, was the Generals first-round selection in 2019. He has played 150 regular season games for the club, scoring 64 goals and adding 67 assists. He scored Thursday night in his debut with Windsor, helping the Spitfires beat Saginaw 5-2 to climb into a first place tie in the West Division with the Spirit.

The Generals were also in action Thursday and after falling behind 3-0 in North Bay got a goal from Stuart Rolofs with one second remaining to jump back into the game. Joseph Serpa scored in the in the second to make it close but North Bay survived an Oshawa rally in the third to hang on for a 3-2 win.

Oshawa, who is in action in Sudbury tonight, lead the Wolves by just one point for the final playoff spot in the Eastern Conference. Sudbury has two games in hand.