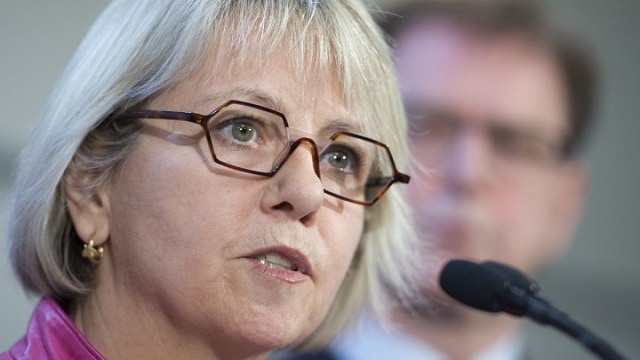 Canadian health officials say the risk of contracting the novel coronavirus remains low after four new cases of the illness were confirmed on Saturday.

Three of the new cases appeared in the Greater Toronto Area, while a fourth was announced in the Vancouver Coastal Health region.

Health officials say three of the patients to contract the virus, known as COVID-19, had recently travelled to Iran.

Ontario’s Ministry of Health said the fourth patient hadn’t travelled to Iran but is married to one of the patients who did.

Health officials said all four patients were not showing severe symptoms and have been sent home where they’re in self-isolation.

They say the risk of contracting COVID-19 still remains low.

“At this time the virus is not circulating locally,” said a statement from the Ministry of Health.

“However, given the global circumstances, Ontario is actively working with city and health partners to plan for the potential of local spread.”

British Columbia Health Officer Dr. Bonnie Henry said the province is focused on containment and testing, but also has a pandemic stockpile in the province in case the situation gets worse.

B.C. Health Minister Adrian Dix noted that more than 1,000 people have been tested for the virus, which he says is a higher number than other jurisdictions, including the entire United States.

There have been a total of 11 reported cases in Ontario and eight in B.C. since the outbreak began.

This report by The Canadian Press was first published Feb. 29, 2020.