One Person Killed and Two Injured in Mississauga Crash 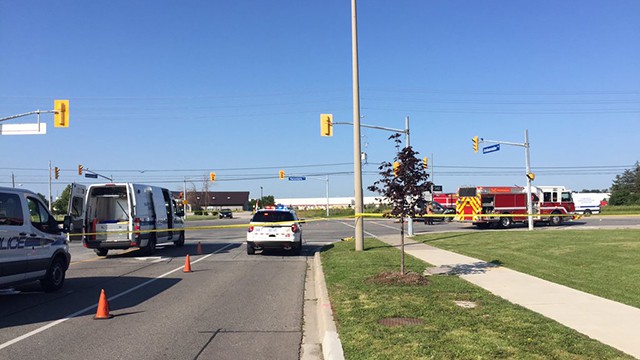 One person is dead and two others are in hospital – one in serious condition – following a crash in north Mississauga on Wednesday morning.

Emergency crews rushed to the scene at Hurontario St. and Ambassador Dr. just north of Courtneypark.

The crash involved a car and truck.

A male in the car was found without vital signs. Peel paramedics pronounced him dead at the scene.

The truck driver is also going to hospital “with what appears to be minor injuries,” said Fischer.

The major collision bureau is heading to the scene.

Westbound Ambassador is closed at Edwards.

UPDATE: Hurontario and Ambassador are open again in all directions.