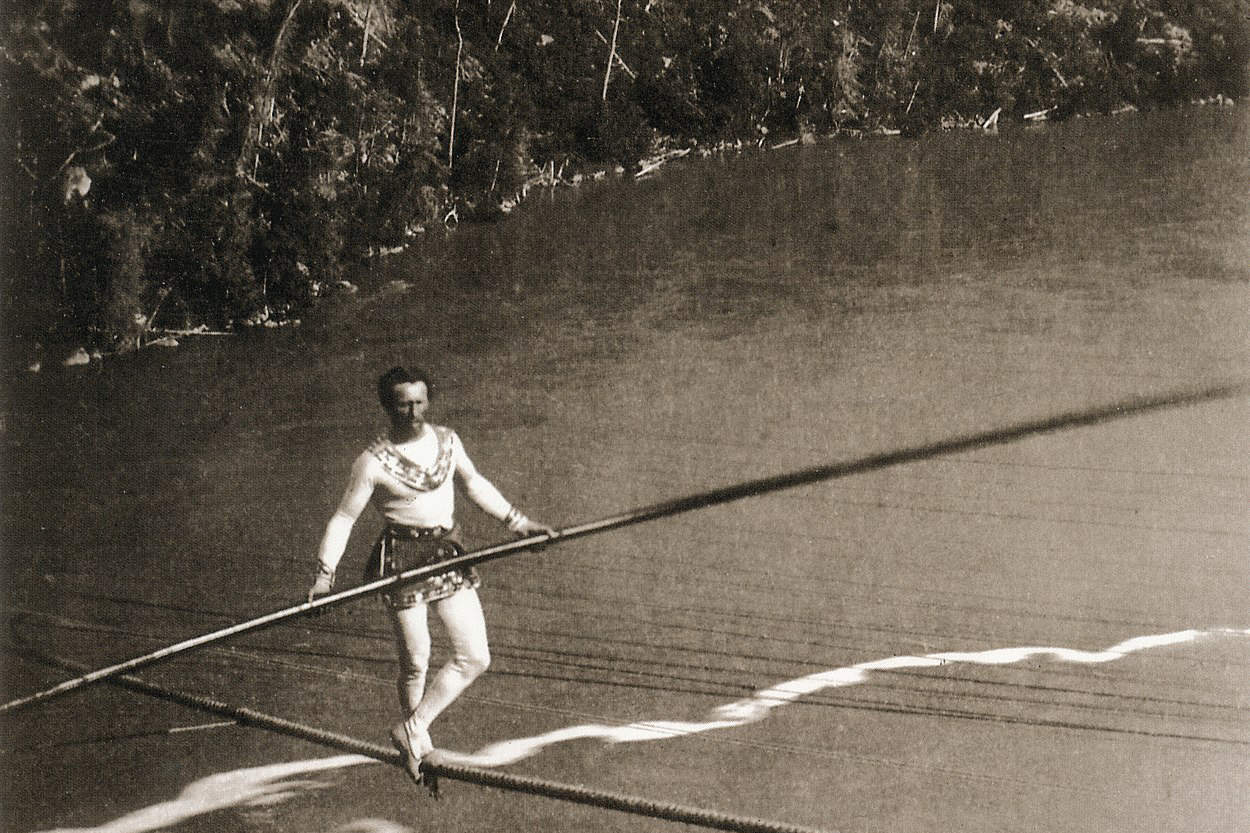 Many daredevils followed in his footsteps but The Great Blondin was the first tightrope walker to cross the Niagara River.

The Great Blondin achieved his goal to cross the river on June 30, 1859. Born Jean Francois Gravelot on Feb. 28, 1824 in northern France, The Great Blondin, started ropewalking at the age of four.

He came to the United States in 1855 to perform with a circus troop and had the idea to tightrope across the Niagara Gorge when he first visited Niagara Falls in 1858.

He was a small man — 5-foot-5 and 140 lbs. and he had bright blue eyes and blond hair — hence his nickname. For that first crossing, he donned a yellow tunic, pink tights and thin leather shoes. He carried a 26 foot long balancing pole that weighed around 40 pounds.

An estimated 25,000 people travelled to see the feat and they watched from both the U.S. and Canadian side.

Blondin stopped partway, sat on the rope and sent a line down to get a bottle of wine from the Maid of the Mist. He drank the wine, then continued past the tightrope’s sagging centre. A band played “Home, Sweet Home” as Blondin approach the Canadian side.

Blondin returned in 1859 and 1860 – crossing many more times, each time adding more difficult stunts including walking backward, blindfolded, in a sack, somersaulting, locked in chains, on stilts, and carrying his manager on his back. In one stunt he brought a stove and stopped midway on the tightrope to cook an omelette. 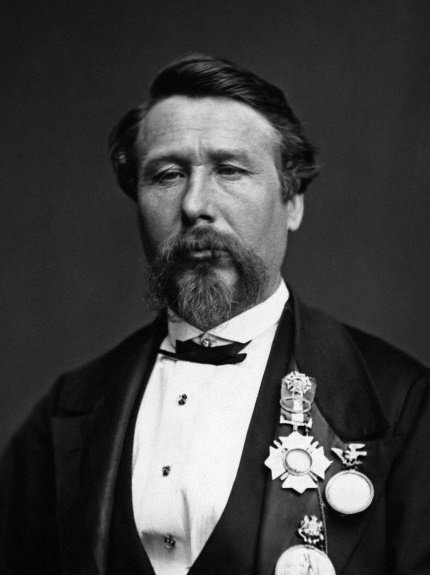 He travelled around the world performing and his final tightrope walk was in 1896. At that point, he had settled in London, England in a villa he called Niagara House, a named to commemorate his numerous crossings of the Niagara. Blondin crossed the Niagara River an estimated 300 times. He died at home of complications related to diabetes Feb. 22, 1897 at the age of 73.

Following Blondin, was Maria Spelterini, became the first woman to cross the Niagara gorge by tightrope in 1876.

But after daredevil Red Hill Jr. died going over the falls on Aug. 5, 1951, Canada and New York State made laws prohibiting stunting in Niagara Falls.

Then, in 2012 Niagara Parks Commission approved a one-time exemption to allow a single crossing over the falls. Nik Wallenda successfully tightrope walked directly over Niagara Falls on June 15, 2012., reversing the ban on stunts. He crossed a 1,800-foot-long, seven-ton wire from the U.S. side of the falls to the Canadian side at a height of around 200 feet in about 25 minutes.