Daredevil Nik Wallenda with about 20 metres to go on his famous June 15, 2012 tightrope walk across Niagara Falls.

Yesterday (June 15) was unofficially Nik Wallenda Day in Niagara Falls as the city welcomed him back 10 years after his successful high-wire walk across the falls on June 15, 2012.

“Wow, where has the time gone?” marveled Niagara Falls Mayor Jim Diodati. “I remember it like it was just yesterday as the world stopped 10 years ago to witness history and watch famed aerialist Nike Wallenda walk a high-wire tightrope across our Niagara Falls!”

For his part, Wallenda said yesterday he’d love to re-enact the walk but this time without the safety harness. When the Niagara Parks Commission approved a one-time exemption to allow Wallenda to attempt a single crossing, reversing the 128-year ban on stunts, the safety harness was discussed.

But it was ABC-TV who had Wallenda live-micced and was filming it live that ultimately insisted on a safety harness for the legendary walk.

Ten years ago, the tightrope walk was expected to last over 40 minutes at that time yet he crossed an 1,800-foot-long, seven-ton wire from the U.S. side of the falls to the Canadian side at a height of around 200 feet in about 25 minutes.

He started at Goat Island, situated between the US Falls and Horseshoe Falls on the Canadian side and touched earth again at Table Rock in Niagara Falls.

At yesterday’s ceremony, Diodati said, “It’s a joy to celebrate this incredible milestone with Nik today along with the partners who made it happen on both sides of the border. A limited-time figure by Ripley Entertainment depicting Nik on his historic walk was created and installed by the brink of our Horseshoe Falls.” 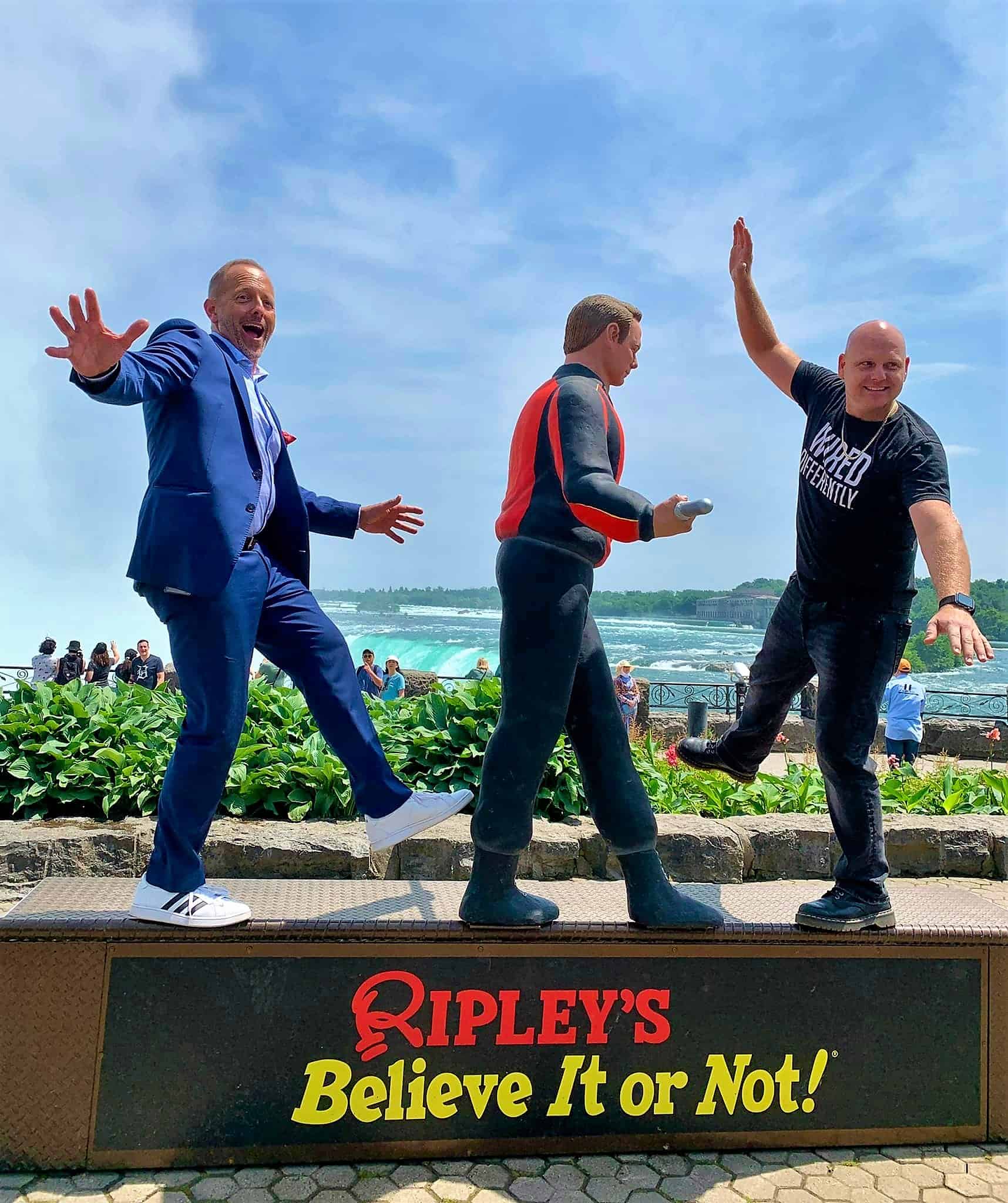 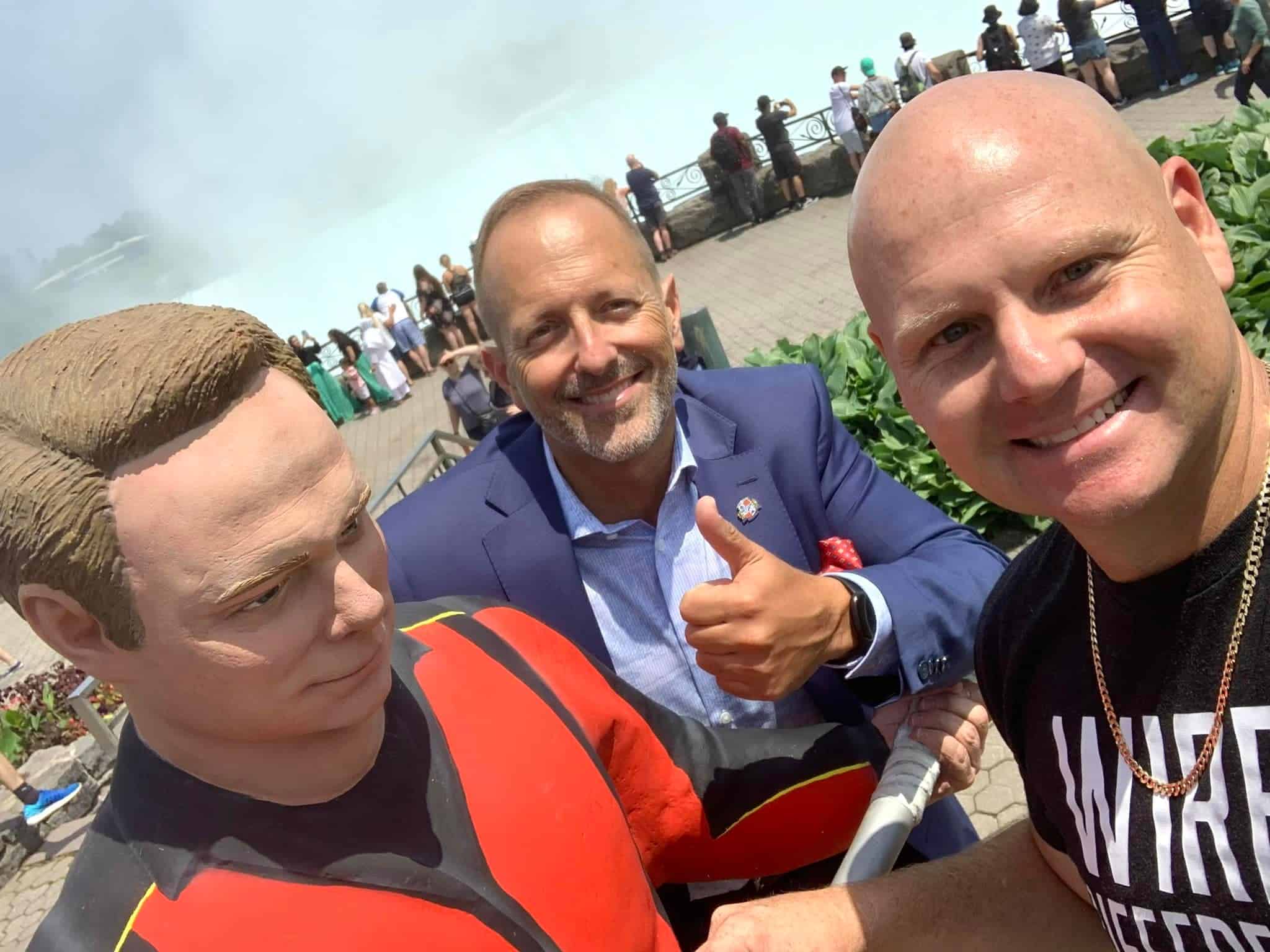 Niagara Falls Mayor Jim Diodati and tightrope daredevil Nik Wallenda ham it up on the display Ripley’s Believe It Or Not have set up for photo ops this summer. (Photos: Facebook)