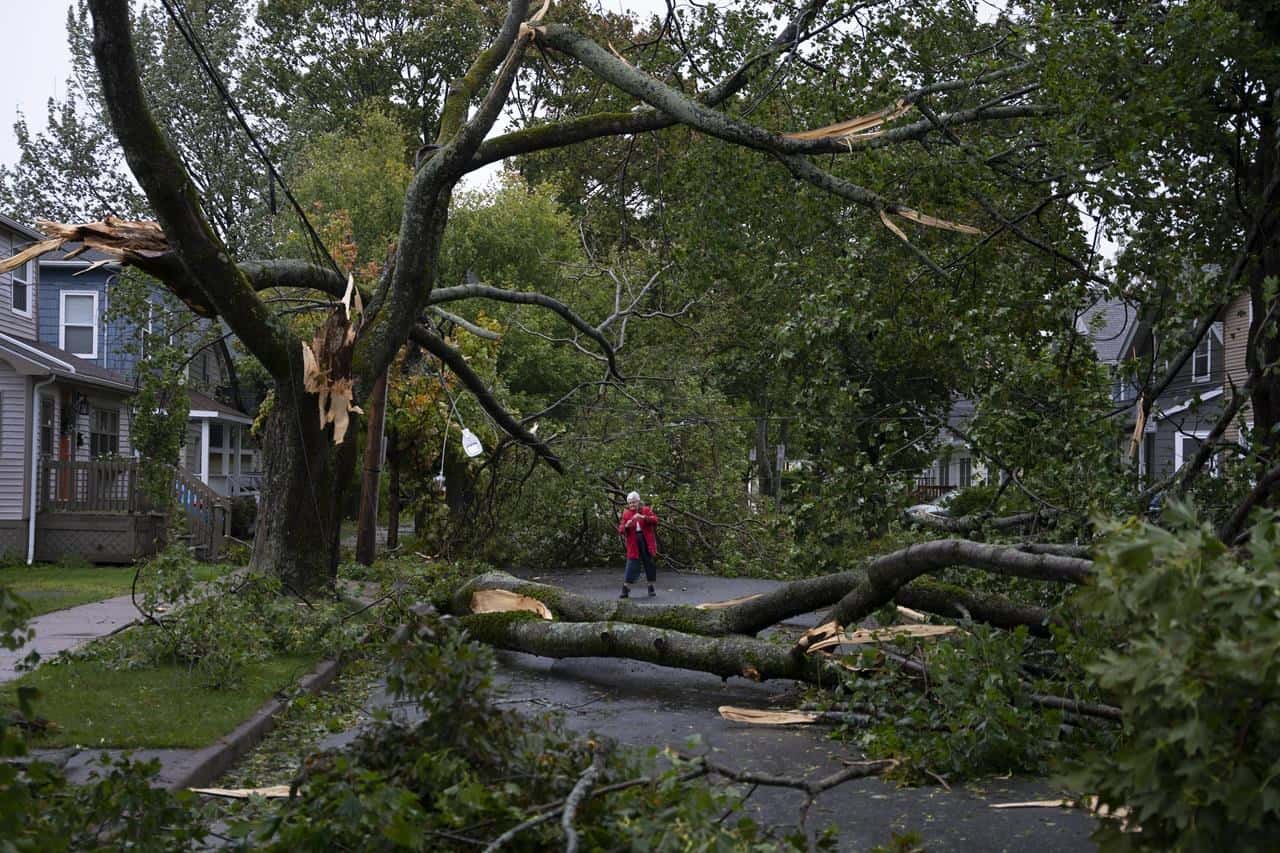 As post-tropical storm Fiona continued to hammer parts of Newfoundland and Labrador and eastern Quebec with powerful winds and significant storm surge early Sunday, officials across Eastern Canada prepared to begin assessing the full scope of the damage.

As of 4 a.m. local time, nearly 275,000 Nova Scotia Power customers were still affected by outages, 82,415 Maritime Electric customers remained in the dark and more than 21,000 homes and businesses in New Brunswick were without power, with some provincial utility companies warning it could be days before the lights are back on for everyone.

Environment Canada issued an update early Sunday morning saying Fiona was centred over the northeastern Gulf of St. Lawrence, and was tracking north-northeastward over southeastern Quebec and southeastern Labrador. The agency said the storm was then forecasted to move into the Labrador Sea and dissipate.

As Fiona continued its path eastward, government officials prepared to survey the damage left behind.

Nova Scotia Premier Tim Houston, along with several members of his cabinet, were scheduled to tour some of the hardest hit areas of Cape Breton by helicopter Sunday morning.

Prime Minister Justin Trudeau, who cancelled his planned visit to Japan for the state funeral of former prime minister Shinzo Abe, said he will visit as soon as possible, while noting he doesn’t want to displace any emergency teams who are focused on important work on the ground.

Defence Minister Anita Anand said Saturday members of the Canadian Armed Forces had begun preparing to respond before receiving the request for assistance from Nova Scotia, and troops will be deployed to other provinces that ask for help.

No details were provided on the number of troops being deployed, but Anand said reconnaissance was underway to ensure they go where and when they are needed most.

This report by The Canadian Press was first published Sept. 25, 2022.