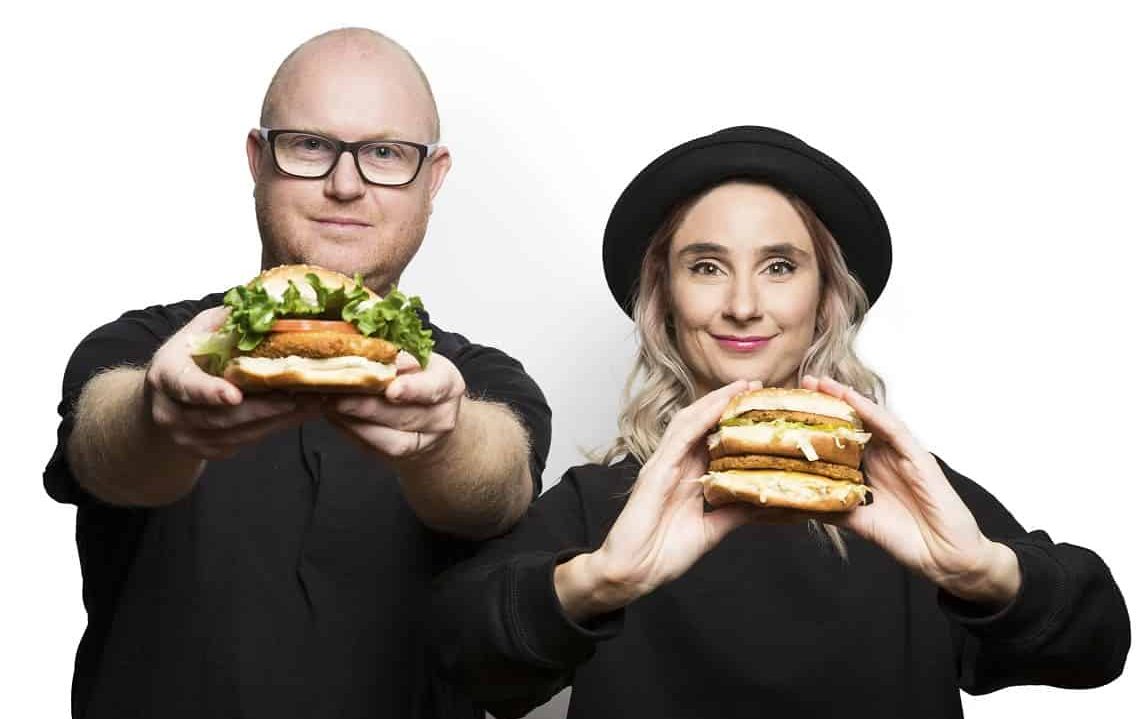 The new location is part of an aggressive expansion plan from Odd Burger. The new locations, including a second spot in Toronto and one in Calgary (their first outside Ontario) will join the five that have opened in the last few years.

Odd Burger was founded by Joseph McInnes in 2014 as a grassroots initiative to bring locally grown fruit and vegetables from farm to table in London Ontario. The next year, partnered with Vasiliki McInnes, they expanded into developing vegan meal kits.

Using this experience to refine recipes, brought the Famous Burger, their vegan answer to a Big Mac featuring chickpea patties between a three-piece bun, to the London Ribfest. The Famous Burger sold out due to high demand at the famously meat-focused event.

The pair then open a food truck touring the province selling their burgers with a mission to “disrupt the fast-food industry by offering delicious food made from scratch using plant-based, minimally processed and sustainable ingredients that are good for people and the planet.”

In 2017 they settled in their first restaurant in London. The following year they expanded into production opening their own manufacturing centre.

In the years since its founding Odd Burger has expanded into locations in Hamilton, Toronto, Vaughan, Waterloo and Windsor.

“Meeting our expansion goals is not only about building our company and brand, but also a pathway to transforming fast food into a healthier, more sustainable industry,” James McInnes said in a statement. “As we grow, we are making it easy and affordable for people to access fast food that is better for our planet and our bodies.”

As their locations expanded, so too did their menu: they now boast six burgers, nine breakfast sandwiches, four chickUN sandwiches and a variety of sides and salads. They also offer numerous dessert options like vegan milkshakes, ice cream and cookies.

Each menu item features proprietary meat substitutes such as ChickUN and BacUN. The BacUN is made of tempeh, a traditional Javanese staple food made of fermented soybeans.

The Brampton location will be at 9055 Airport Road and the Whitby restaurant will open at 150 Taunton Road. Both will open in early 2022.