Oceans Store Temporarily Closed Down in Mississauga Over The Weekend 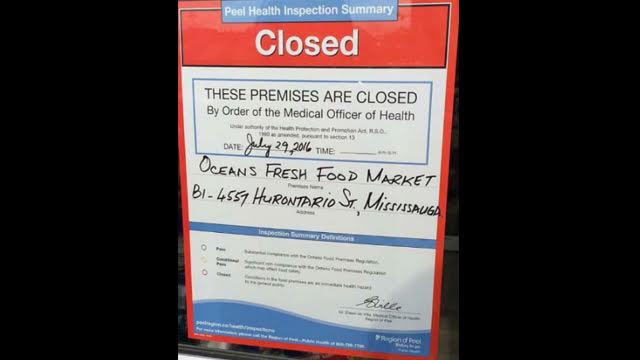 The entire Oceans store located on Hurontario Street was temporarily closed on July 29 after a Peel health inspection. And while the store has since reopened, no details of the inspection have been disclosed to the public, either by Oceans or Peel.

While this seems rather shady, it’s important not to assume the worst. Having the entire store shut down means there was a store-wide issue, but it’s not necessarily a major problem (such as a rat infestation). It could be something more reasonable, like a power outage.

Still, the fact that this information hasn’t yet been made available to the public days later is an issue on Peel’s part. It is their responsibility to keep their records updated with inspection results, rather than leave citizens in the dark.

Insauga has been in contact with Peel regarding the inspection results, and Peel has said their records should be updated sometime today with the missing information. We’ll keep you posted until then.