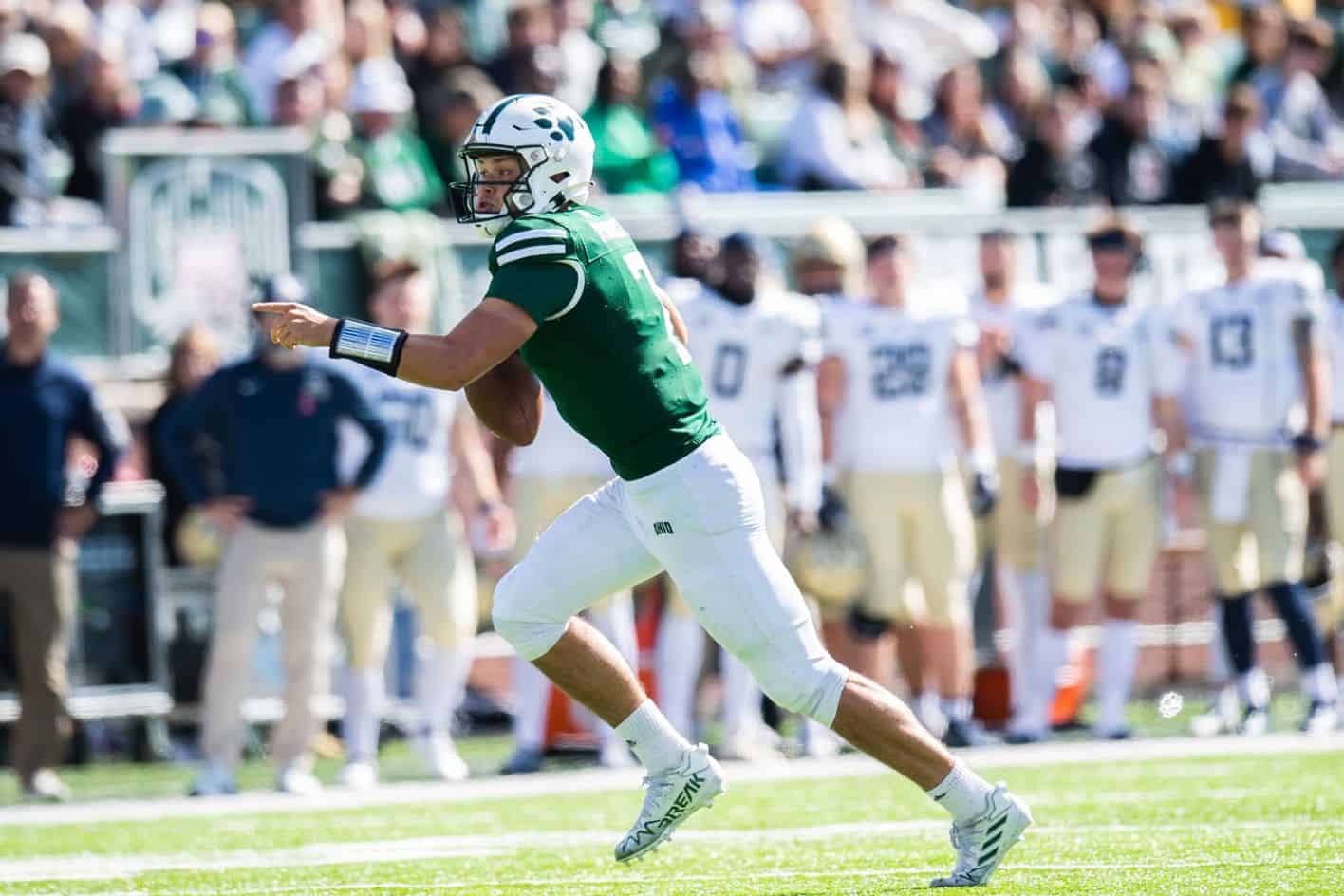 Oakville native and Ohio University quarterback Kurtis Rourke is one of 38 players named to a mid-season watch list for the College Football Performance Awards National Performer of the Year Trophy. OHIO UNIVERSITY PHOTO

Some days after BC Lions quarterback Nathan Rourke was named the winner of the CFL’s 2022 Most Outstanding Canadian award, his younger brother is making his own name in the college ranks.

Kurtis Rourke, a pivot with Ohio University, is one of the contenders for the College Football Performance Awards (CFPA) 2022 National Performer of the Year Trophy.

The 22-year-old redshirt junior quarterback is one of 38 players who is on the CFPA Midseason Watch List for the award.

The six-foot-five Rourke has thrown for 3,256 yards and 25 touchdowns for the Bobcats this season, while rushing for another 249 years and four touchdowns on the ground.