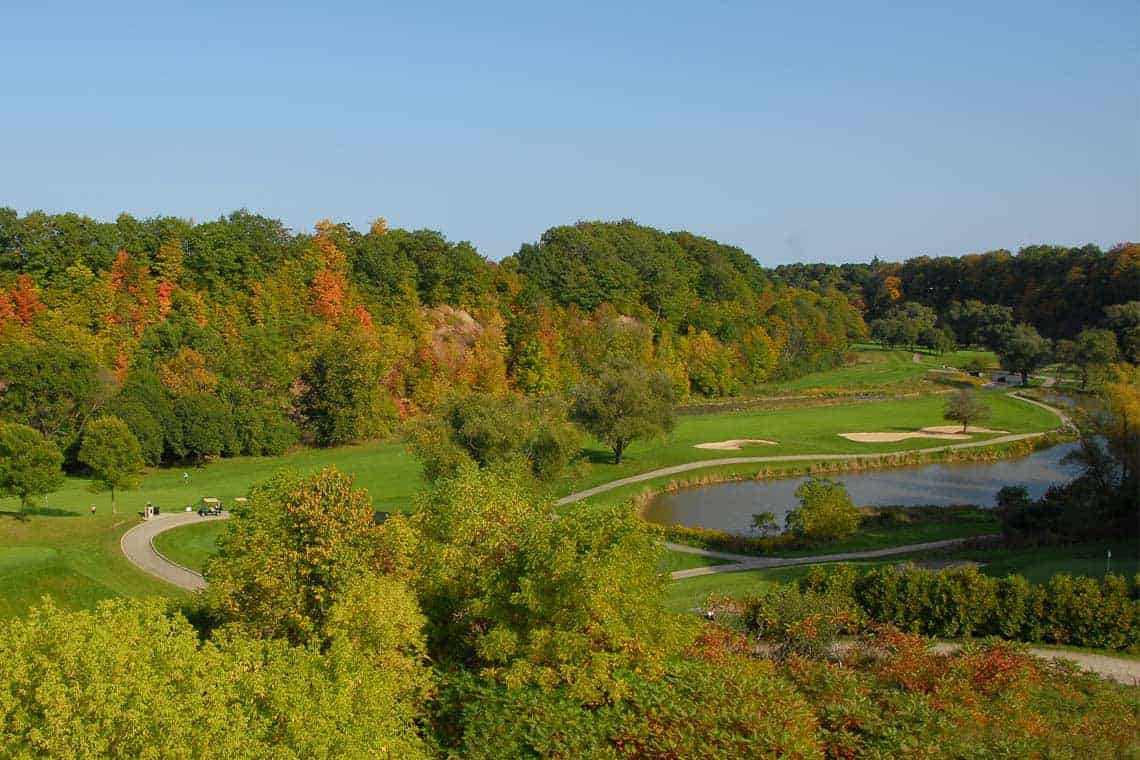 There’s a united front in the efforts to save Oakville’s Glen Abbey Golf Course.

We Love Oakville has joined forces with fellow residents’ associations Save Glen Abbey and Oakvillegreen Conservation Association in their opposition to the development of Glen Abbey Golf Course.

The three organizations voiced their concerns in a recent meeting with local Oakville MPP Stephen Crawford, Oakville North-Burlington MPP Effie Triantafilopoulos and government representatives including from the Ministry of Municipal Affairs & Housing and the Ministry of Heritage Sport, Tourism & Culture Industries.

ClubLink, who owns the former home of the Canadian Open, is looking to build 3,200 residential units and 121,000 square feet of new office and retail space on the Glen Abbey land.

The commonality in fighting the development is what brought the trio together.

“There’s a lot of synergy between the three groups,” said Bill McKinlay, who is with Save Glen Abbey. “Oakvillegreen has always been associated with Glen Abbey and We Love Oakville did a great job of representing the Town when the Conservatives wanted to merge all the towns to form one large region.

“I think the commonality is the respect for the Oakville Livable Plan.”

The three local associations maintain a private property owner should not be permitted to overturn the Livable Oakville Plan.

ClubLink appealed the decision and in October of 2019 the Ontario Court of Appeal upheld that they can apply to demolish the golf course.

“The Oakville plan is something we like and of course Glen Abbey is recreation green space in that plan,” McKinley said.

McKinley says that if you look at the planning in general, this is where the synergy comes in with the other groups.

“If that ability of the Town to issue and develop plans that are respected by everybody is thrown out the window, then the town is no longer in the driver seat when it comes to planning; developers are in the driver’s seat,” he said.

McKinley points to the development over the years at Glen Abbey, with trees purposely placed in strategic areas of the golf course. Trees that are now 40 to 50 years old and would likely be ripped down.

Add to that, the history at the famed course that had long been known as the home of golf in Canada.

From Tiger Woods famous bunker shot in the 2000 Canadian Open to the three-hole playoff battle between Mike Weir and Vijay Singh in the 2004 Canadian Open, the specially designed “spectator course” is iconic in that sense.

“It was Canada’s first planned community and now the stewarts of that community want to throw out the plan and destroy the golf course, and then put up 3,200 homes in an area that’s not set for growth,” McKinley said.

A Local Planning Appeal Tribunal is now scheduled to hear the matter, beginning August 3. It is expected to last for up to five months.

The Town of Oakville, which has spent millions fighting the development, maintains that the amount of development purposed by ClubLink is not permitted or appropriate for the 229-acre property.

While the developer said it would donate parkland to the Town, it’s still not good enough, McKinley says.

They are basically asking to trade in the “floodplain lands, which he believes is what they are, and the left over areas of the course where they can’t build for being able to plunk down a town.

“The number of people that would live in 3,200 residences, if you take an average of three per residence, would be 10,000 people,” McKinley said. “That’s bigger than the town of Shelburne.

“That’s smack in the middle of a developed area without adding anything to accommodate that population. It’s just a terrible plan.”

Before the LPAT in August, McKinley is asking residents interested in saving the storied golf course make a written submission to the tribunal.

“In those written submissions, they can explain why it’s important that the course be saved and the development not take place,” he said.