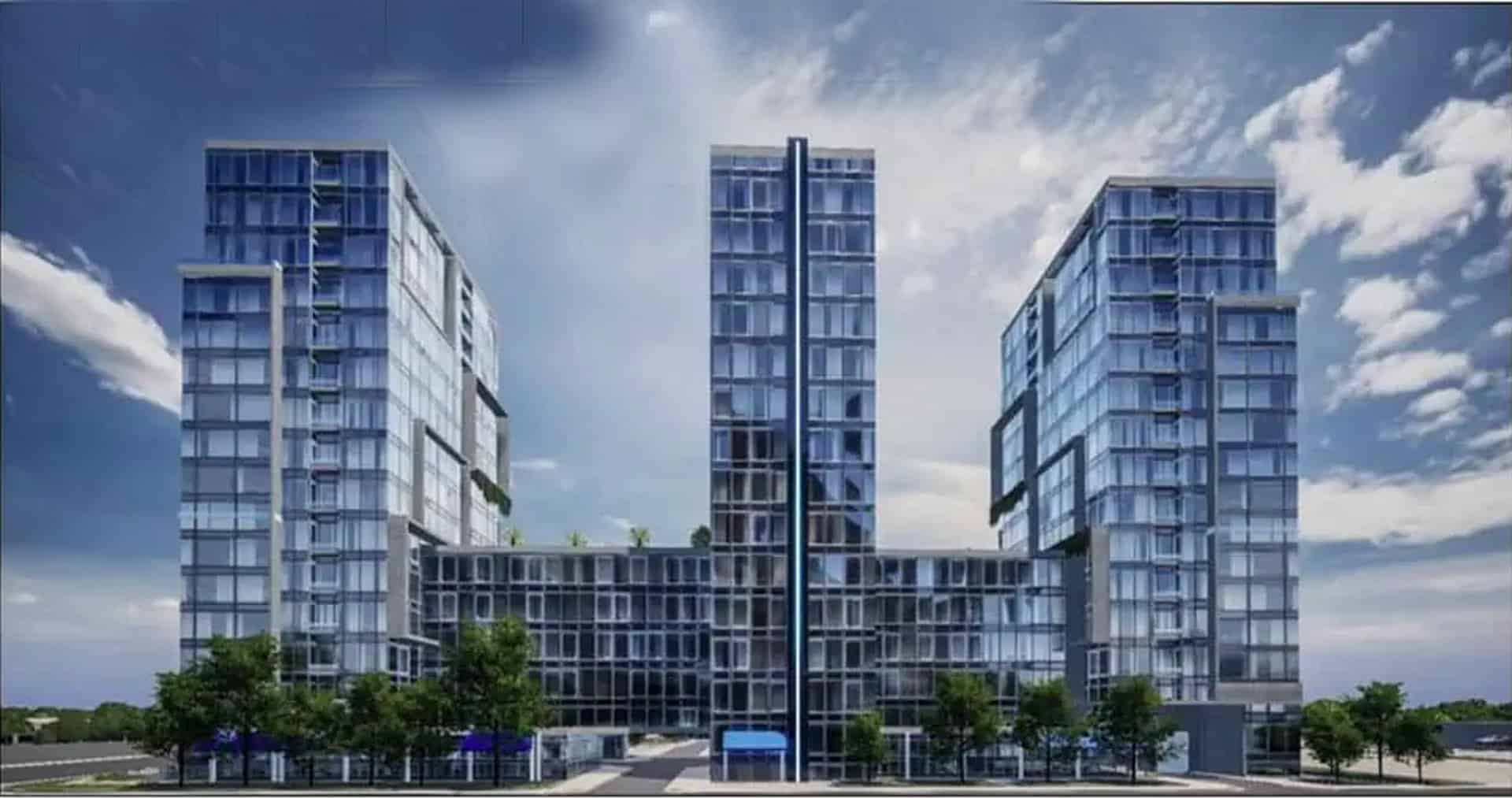 Artistic rendition of part of the development of a 4.8 hectare site, located at the northwest corner of Kerr St. and Speers Rd., that would see the construction of 11 buildings, including a 28-storey structure, floor retail space, and a park.

A major redevelopment that calls for 11 condos to replace an existing plaza has been rejected by Oakville politicians.

The proposed plan for the northwest corner of Kerr St. and Speers Rd. would have seen current stores such as Food Basics, Shoppers Drug Mart, and a movie theatre replaced with 11 towers with one reaching 28-storeys. It would have created 1,800 housing units on the plot of land as well as a variety of upscale shopping on the ground floor.

However, the Town has told developers to go back to the drawing board and come up with another plan after a public backlash against the project and a variety of concerns were raised by local councillors.

Chief among the concerns is the impact on traffic through the area the project would bring and the height and scope of some of the buildings. As well, area residents are concerned about the loss of local shopping with the removal of the stores at the plaza, the dismantling of the neighbourhood atmosphere, and the increase in demand on services and infrastructure the increased population would bring into the area.

While any project on the 4.8-hectare site would take several years to complete, the developers say they already have spent three years working with Town staff to come up with the proposal that was ultimately rejected.

“A lot of compromises were already made on this project that took into consideration many of the concerns that have been raised,” said a person familiar with the project. “Town planners recommended approval of the plan but enough councillors still didn’t like. It’s tough to say what will happen next.”

Still, even though the current development plan has been rejected it won’t likely mean the project will disappear. The developers can come up with another plan or they could appeal council’s decision.

“This project certainly fits in with Doug Ford’s plan to increase the housing stock,” the insider continued. “This plan may get altered but the future of this plaza is redevelopment and it’s hard to stop that in light of current housing demands.”