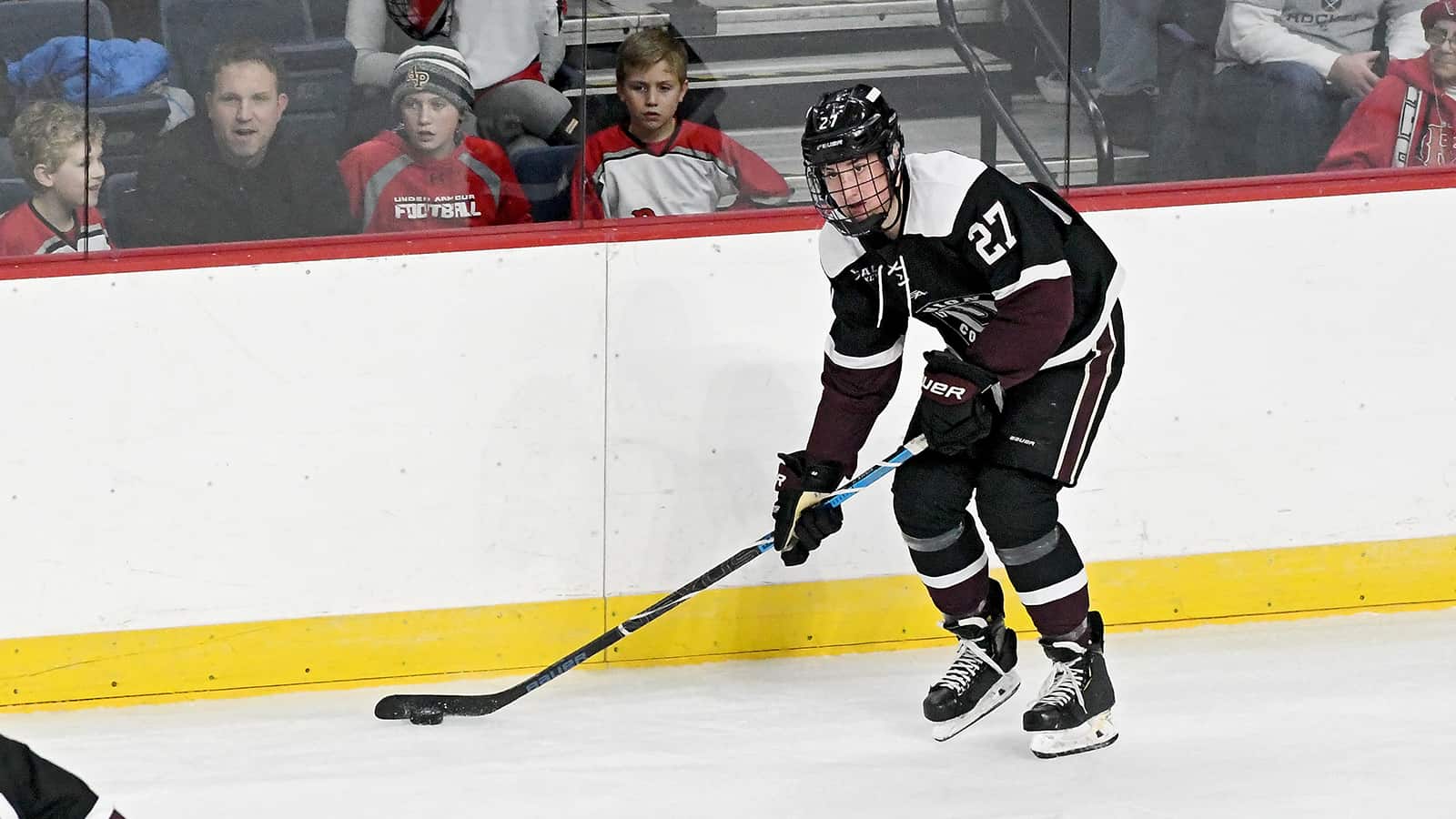 For the second straight year, Oakville's Josh Kosack is among the finalists for the 2022 Hockey Humanitarian Award presented to college hockey’s top citizen. UNION COLLEGE

On the ice, Oakville’s Josh Kosack has been a steady presence up front for the Union College Lions in NCAA Division 1 hockey.

Off the ice, the former Oakville Blades forward is being recognized for his generosity in the Schenectady, N.Y. community.

For the second straight year, the senior at Union is among the finalists for the 2022 Hockey Humanitarian Award presented to college hockey’s top citizen.

The 24-year-old, who was also recently named the Eastern College Athletic Conference (ECAC) Student-Athlete of the Year, has had a tremendous impact on the local community.

The six-foot forward launched his Kozi’s Kids initiative which brought local children to Union hockey games during the season.

He also raised over $50,000 for Children of Our Community Open to Achievement (C.O.C.O.A) in Schenectady over the past two years.

Kosack helped with their annual Christmas toy drive to benefit kids in the Capital Region by purchasing laptops to assist with online learning and funding the building of a Kozi’s Kids Lounge in C.O.C.O.A. House’s second location.

For his community involvement, Kosack was named a finalist for the Hockey Humanitarian Award for the second straight season,

Kosack, who graduates this year, put up career numbers in his final season with Union, recording eight goals and six assists for 14 points in 37 games.

The economics major, a four-time member of the ECAC Hockey All-Academic Team, had one of the highest GPAs on Union. He was also named to the 2021CoSIDA Division 1 Academic All-District At-Large Team.

The winner of the 2022 Hockey Humanitarian Award will be announced in April.