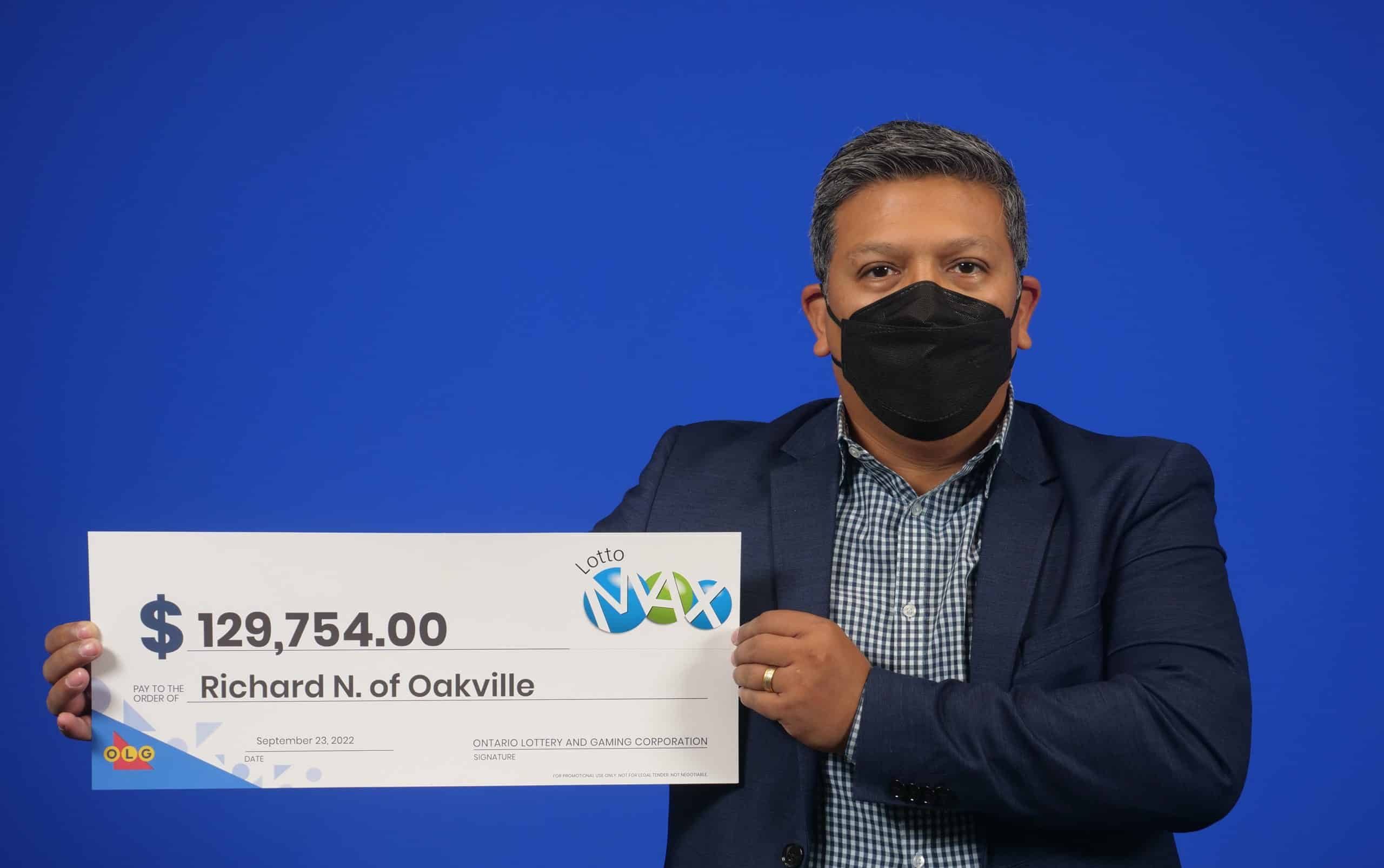 Oakville native Richard Noronha cashed in nicely during the pandemic after signing up for a ticket subscription on OLG.ca. OLG PHOTO

The health care industry worker decided to check his emails when he was sitting down for a hot cup of java when he noticed he had won second prize in the Sept. 2 Lotto Max draw, bagging a cool $129,754.

“I was having a coffee when I saw I had an email from OLG. I logged into my account and saw I won,” said Noronha, who signed up for a ticket subscription on OLG.ca during the pandemic. “I was so thankful!”

Upon his win, the 51-year-old father thought of ways he and wife can help others.

“My initial reaction was to take a moment to think about ways I could be a good stewart of this blessing,” he shared while at the OLG Prize Centre in Toronto to pick up his winnings.

“I am going to make a larger donation to a charity my wife and I support.”

Noronha said he also plans to treat his family to a nice dinner to celebrate.