Restaurant Reco: “No Bones Kitchen” inside the Hamilton Farmer’s Market 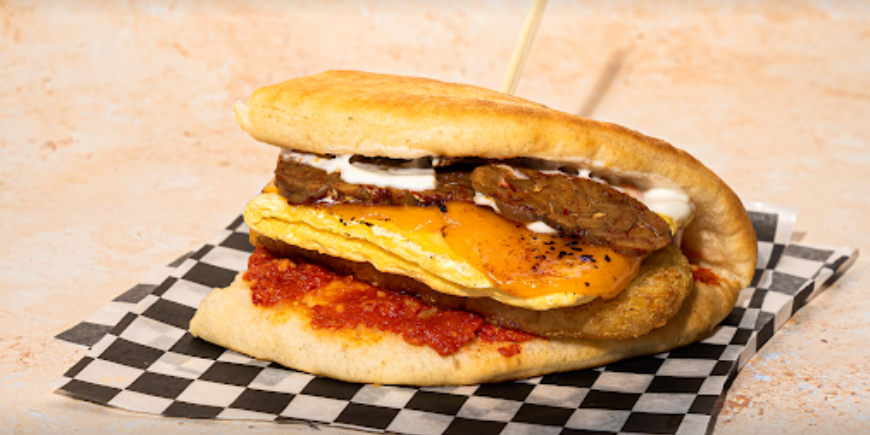 No Bones Kitchen inside the Hamilton Farmer's Market is run by local vegan chef Fraser Fitzgerald. The big personality is motivated by plant-based skeptics.

The plant-based artist formerly known as That Planted Fork has hit its stride under a new name and menu while continuing to shatter the same old vegan stereotypes from its familiar corner of the Hamilton Farmer’s Market.

“I am passionate about plants and turning them into creative, delicious meals,” writes Fitzgerald on the No Bones Kitchen website. “I love helping others learn to cook and transform their favourite comfort foods into healthier versions — all without taking away the flavours they know and love.”

The No Bones Kitchen menu features items such as a breakfast sandwich with JUST Egg and tempeh bacun, a turkey club made with seitan “turkey” slices, and a Beyond Meat sausage roll — to name a few.

Through his food and his cookbooks, Fitzgerald is on a mission to put a new spin on the term “vegan,” which has developed a somewhat negative connotation.

“I love to show everyone that the same broccoli they hated as a kid can taste amazing!” he writes.

Some No Bones Kitchen menu items, as well as Fitzgerald’s plant-based kettle chips and chip dip, can also be found in nearly a dozen eateries and grocery stores in Hamilton and around Greater Toronto.