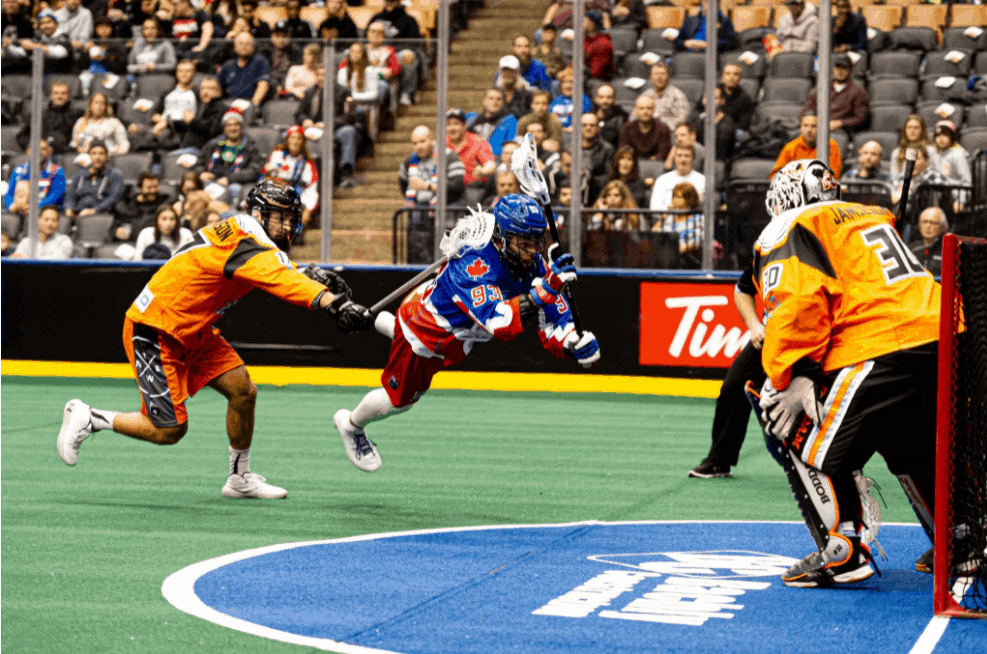 The Toronto Rock are returning to their original home.

The National Lacrosse League team announced Tuesday that it has reached a five-year agreement to relocate to Hamilton’s First Ontario Centre, starting with the planned 2021-22 season.

The agreement comes with a team option for a multi-year extension.

Rock Owner, President, and GM Jamie Dawick made the announcement Tuesday (May 11) at a press conference at FirstOntario Centre along with Rock captain Challen Rogers.

“There are a lot of reasons with a lot of layers to this decision, but when all things were considered, we feel this is best for the future of the Toronto Rock and we’re very excited to work with FirstOntario Centre,” said Dawick who has owned the team since 2009. “There is a strong business case behind the relocation to Hamilton, including a significant reduction in-game operations costs as well as the opportunities that exist to better connect with our fan base and most importantly grow that fan base and increase revenues.”

Dawick noted that the Rock will have a much better selection of home game dates at FirstOntario Centre and the vast majority of home games in 2021-22 will be played on Saturday nights.

“Our fans come from all over the province with a very large amount of those fans residing outside of downtown Toronto,” explained Dawick.  “We’re very conscious of our fans from east of Toronto and outside of the city. Having access to Saturday night home games gives us the opportunity to become more accessible to even more people. Fans will be able to travel in and out of Hamilton with ease and enjoy the city both before and after the game. We will be able to provide a more affordable full game-day experience and engage the community and local businesses at a new level.”

The franchise played its first season at what was then known as Copps Coliseum when it joined the NLL in 1998 as the Ontario Raiders.

The team was moved to Toronto the following season and rebranded as the Rock after being purchased by a group led by then-Toronto Maple Leafs assistant general manager Bill Waters.

“We are very excited to welcome six-time National Lacrosse League Champions, the Rock, to Hamilton,” said Fred Eisenberger, Mayor of the City of Hamilton. “Lacrosse is a great sport with great fans and I am certain they will receive a very big, very loud Hamilton welcome. We look forward to enjoying the energy, togetherness and opportunity to reconnect our close-knit community as The Rock prepares to kick off their 2021-22 season.”

The Rock became a hot ticket in Toronto, with a peak average attendance of 17,123 at the Air Canada Centre (now Scotiabank Arena) in 2005.

Attendance began to steadily decline from that high point. The Rock averaged 10,985 fans in 2011, when they won the last of their six NLL titles.

Toronto averaged 8,339 fans in the pandemic-shortened 2020 season, which was fifth out of the league’s 13 teams but made for a sparse crowd at the 18,819-seat Scotiabank Arena.

“Spectra is thrilled that the Rock have chosen Hamilton’s FirstOntario Centre as their new home. The announcement of another professional team making their home in Hamilton, is an exciting moment for sports fans across South Western Ontario,“ said Andrew Nash, General Manager of the Spectra managed FirstOntario Centre. “Coming off this difficult time in the sports and entertainment industry makes us even more anxious to see FirstOntario Centre filled with Rock fans this upcoming season.”

First Ontario Centre has a listed capacity of 17,383 for hockey, so the Rock will still need an uptick in attendance to escape a cavernous atmosphere at its upcoming home games.