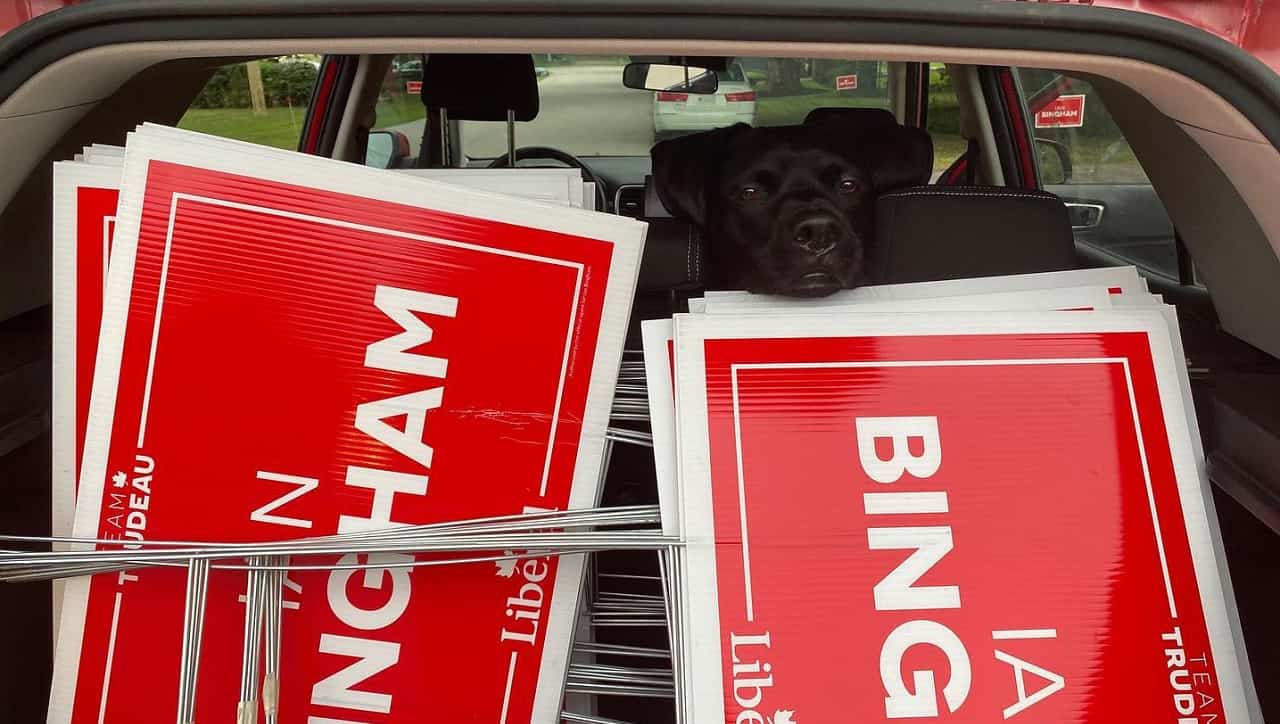 Ian Bingham is the Liberal candidate in Niagara West. (Facebook)

Ian Bingham, who is the Liberal Party of Canada candidate in the Niagara West riding in the federal election, stated Friday that a volunteer on his campaign faced an alleged assault.

Bingham, a Canadian navy veteran, also likened the “beyond troubling” behaviour to what he witnessed during his military deployments, which included serving in the Middle East.

“I have stated time and again that my volunteers are like my family, and to hear about instances like this in Canada makes me very sad to see what politics in Canada has come to. The increased aggression shown toward volunteers this election is unacceptable.

“In Canada, we have a right to democracy,” added Bingham, who is a second-time candidate in the riding. “We do not need to agree with each other but we need to respect each other. No one deserves to feel unsafe in their own community.”

Before becoming a practising lawyer, Bingham was a naval officer for 10 years. According to his candidate biography, he earned the Special Service Medal for work he did on Operation ARTEMIS in the early 2000s. Operation ARTEMIS is a counter-terrorism mission that the Canadian Armed Forces have joined to make Middle Eastern waters more secure.

“When I was deployed overseas, I dealt with war zones and nations where violence was a part of politics,” Bingham’s statement concluded. “I hope it continues no further here in Canada. We have a great country of peace, and it is a sad day when we break that peace against one another.”

It’s very disheartening that I must release a statement like this. pic.twitter.com/p4JPLtBicj

Liberal Leader Justin Trudeau has required extra security while campaigning for the second consecutive election. Anti-vaccination protesters have been a regular sight at Trudeau events. In recent days, similar groups have protested outside hospitals in major cities, delaying ambulances and delaying patients who were going inside to receive care.

At the provincial level, Education Minister Stephen Lecce and Premier Doug Ford, who are Conservatives, have had anti-vaccine protesters show up at their homes.

Niagara West comprises Grimsby, Lincoln and Pelham, the Townships of West Lincoln and Wainfleet, and part of St. Catharines.

The Conservative Party of Canada’s Dean Allison is seeking a third term. In 2019, Allison was reelected with 45.4 per cent support and Bingham was second with 32.3.