Niagara River Lions shooting guard Khalil Ahmad is off to a mini-camp with the NBA's Utah Jazz coming next month.

For the Niagara River Lions, who play out of St. Catharines Meridian Centre, the Canadian Elite Basketball League ended last weekend with a 93-81 loss to the Scarborough Shooting Stars in the semi-finals.

But there’s one River Lion who’s keeping busy with roundball despite the season ending.

Shooting guard Khalil Ahmad is off to a mini-camp with the NBA’s Utah Jazz coming next month as his play this season caught their attention.

Ahmad, a 6-foot-4 American shooting guard from Corona, California, was signed by the River Lions back in March after playing overseas for Horsens IC of the Basketligaen in Denmark.

“Khalil is an explosive, dynamic guard with a great feel for the game,” said River Lions Co-General Manager and Head of Basketball Operations, Antwi Atuahene at the time of the signing.

“He’s an elite playmaker and a high level three level scorer. We are excited to get Khalil in a River Lions uniform this summer.”

Ahmad spent four years at Cal State Fullerton, where he became one of the most prolific scorers in school history, tallying 1768 points in 117 games, the third-highest total in program history.

He was named the 2015 Big West Freshman of the Year and was one of just five athletes in school history to earn All-Conference honours three or more times.

Ahmad had five 30-point games and 27 20-point games as a Titan, while also holding the school record for most points as a freshman with 429. Early in his senior season, Ahmad scored a career high-40 points, tied for the third-highest single game total in program history. 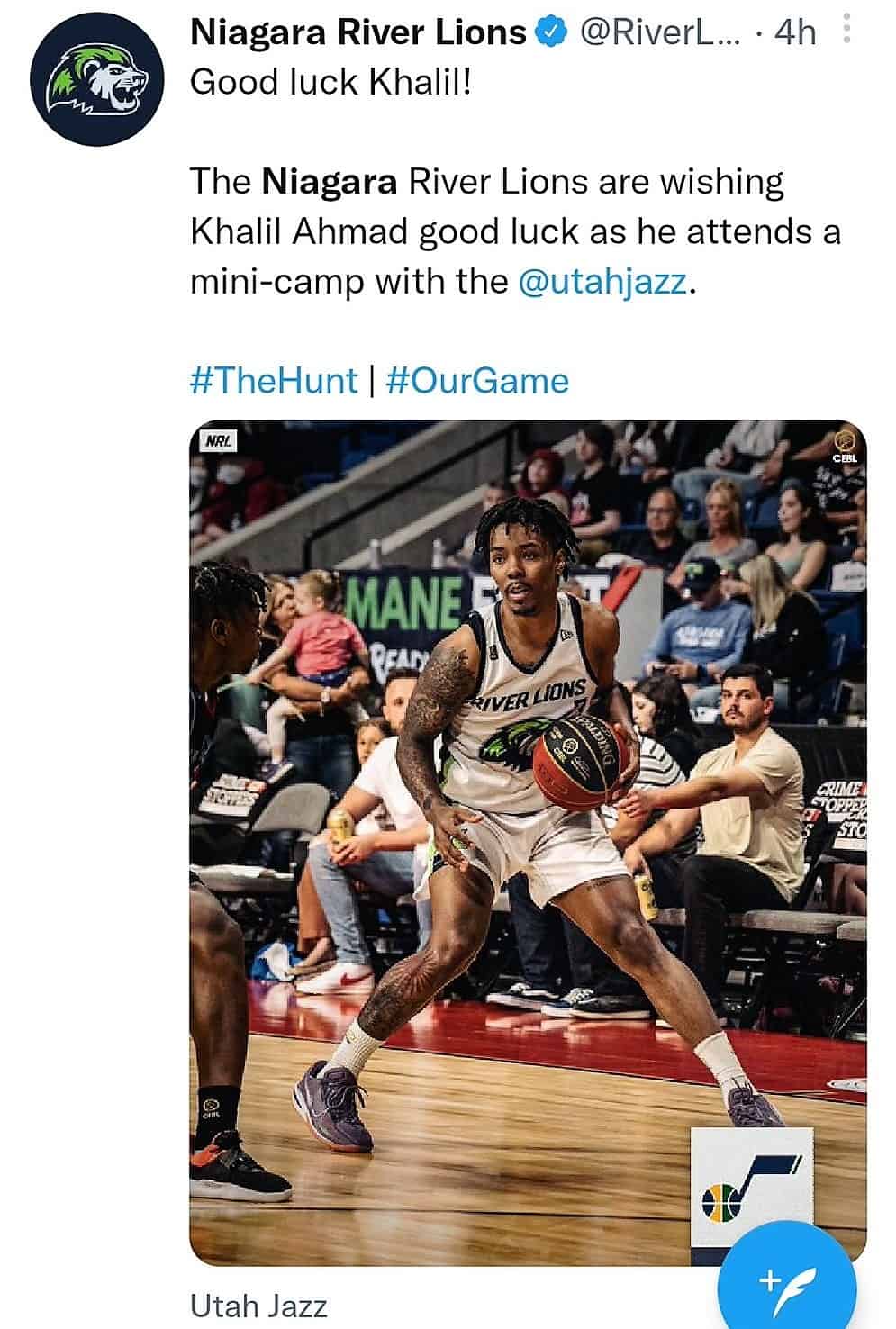