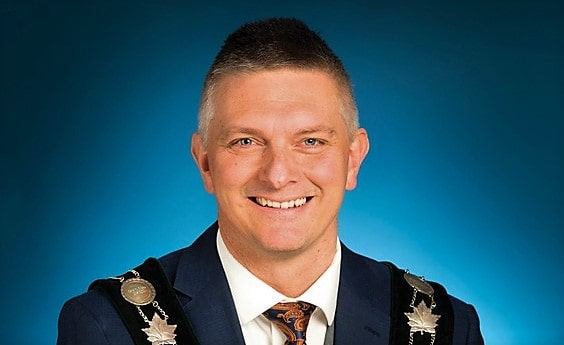 For the second time in two months, Niagara Regional Chair Jim Bradley has had to issue a release expressing disappointment in the behaviour of West Lincoln Mayor/Regional Councillor Dave Byslma.

The latest came when a local media outlet found a job posting by Byslma seeking help in a woodworking business. While the majority of the posting, now removed, was straight-forward, it closed with the sentence “Current staff are all purebloods.”

The phrase “purebloods” became synonymous with non-vaccinated people on Tik Tok and now is widely used.

However, the phrase also has strong racial overtones as it was used for years to indicate white people with only white heritage. (As science tells us, that’s literally impossible.)

Regardless of actual meaning Byslma intended, Bradley found himself chastising him once again.

“While (Byslma) may not have meant the statement in this context, the Councillor’s use of language that has been closely tied to racist beliefs, even if taken out of that context, is unacceptable and troubling,” said Bradley.

“I want to be absolutely clear that Niagara Regional Council does not share Councillor Bylsma’s views, nor would the majority of Councillors find the use of language with such a racially-charged legacy to be suitable.”

Bradley also indicated that he recognized it may have referred to Bylsma’s anti-vaxx stand. “Both the racist overtones found in Councillor Bylsma’s post, as well as the apparent support for rejecting COVID-19 vaccination, are deeply concerning as I do not wish the Region to be associated with either view point.”

He added, “Individuals who hold public office do so knowing that their comments are subject to open scrutiny regardless of when or where they are made. I would encourage all members of council to carefully consider their office, position and influence when choosing their words.”

Bylsma has long been a lightning rod for controversy as an anti-masker, COVID-denier and anti-vaxxer. He’s attended at least one anti-mask rally. He has expressed opposition to the LGBTQ+ community (“What are they fighting for?”), as well as the BLM movement (“All lives matter.”)