Niagara Police has identified the two young culprits who tore up turf with their off-road vehicle tracks from an all-terrain vehicle (ATV) and dirt bike in two Niagara Falls ballparks.

However, they hasten to add there have been no arrests as the investigation continues.

That is likely due to the fact that when police provided their photos, the offenders were clearly between the ages of 10 and 13. 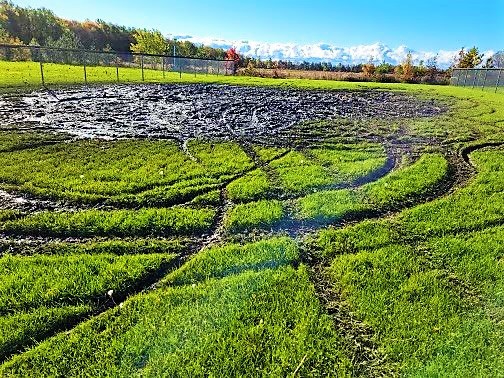