A Welland man remains at large after taking off from a Niagara Police traffic stop on November 20.

The police responded to a complaint of a threat and instantly identified the suspect as Josh Nuziato 23, of Welland.

When they saw him later in the day driving him around the city, they stopped him, only to have drive away “at a high rate of speed.”

There was a brief chase before the police called it off, worried about public safety, given the erratic way Nuziato was driving.

A warrant has been issued for his arrest under charges of uttering threats, dangerous driving and fleeing the police.

Nuziato is described as a white male, 6 foot, 180 pound, medium build, brown beard, eyes and hair with a tattoo on right forearm that says “Nuziato” and “Est 1998”, on his left forearm that’s the symbol of a cross and on his chest that says “Only God Can Judge”.

At the time of the Saturday offences, Nuziato was on parole while serving his sentence for previous convictions.  At this point, however, his parole has been revoked.

Nuziato, shown below, is believed to be driving a black 2006 Infiniti G35 2 door.

Police believe that Nuziato may possibly be armed and are asking the public not to approach him.  If he is observed, police ask that the public to call 911 immediately. 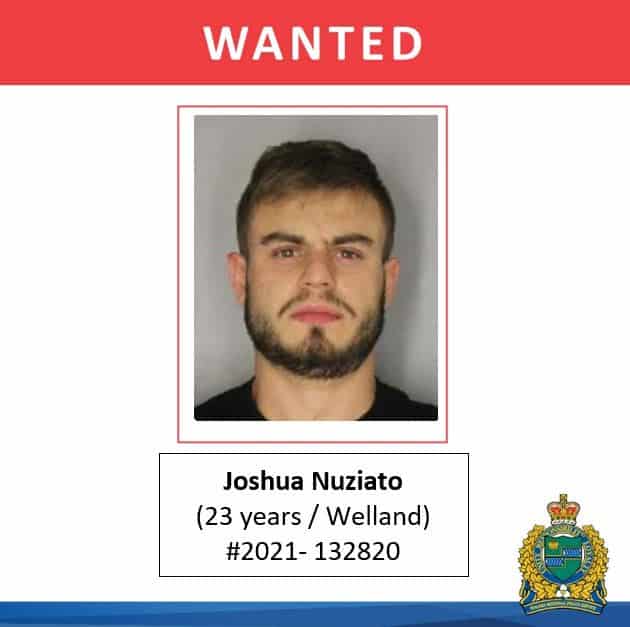 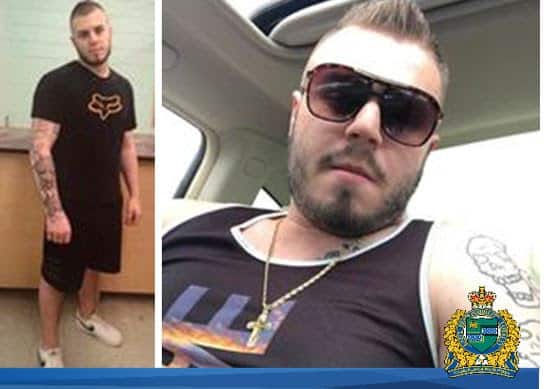 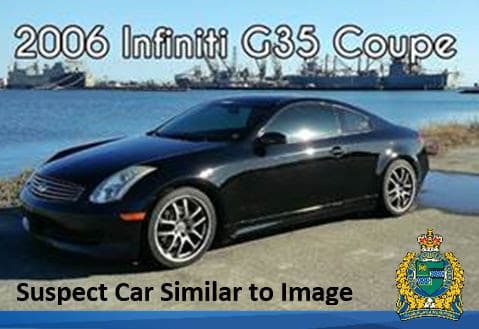