Niagara | Niagara on the Lake | Crime | 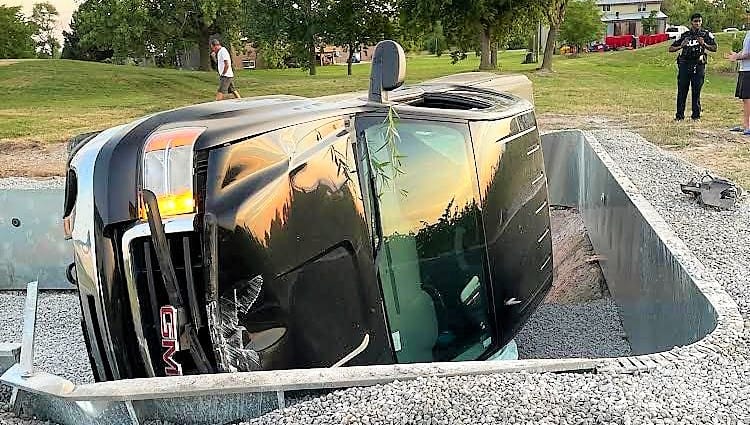 A Niagara-on-the-Lake resident woke up to this tipped over pick-up in his unfinished pool last Wednesday. Niagara Police have now charged a man. (Photos: Niagara 411 Facebook)

Today (August 2), Niagara Police arrested the man they believe was the driver.

When police responded to the crime at a home on Concession 7 Road, they saw the driver/owner of the 2011 GMC Sierra pickup truck had taken off prior to their arrival.

Grant Barlow, 36, of Niagara-on-the-Lake has been charged with dangerous operation of a motor vehicle, public mischief and failing to remain at the scene of a crime.

He was scheduled for a bail hearing today via video link to the courthouse in St. Catharines.